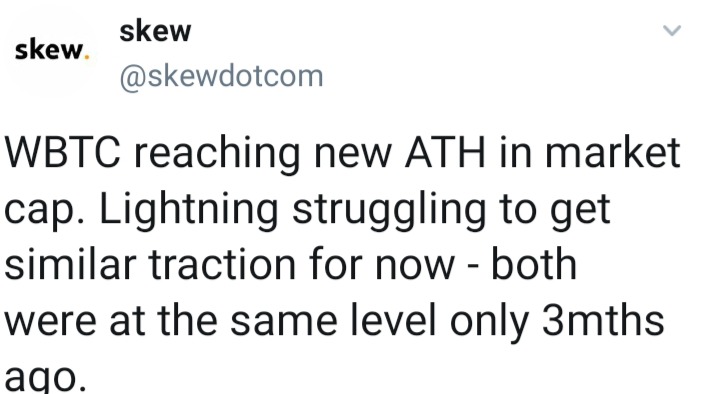 The total market value of the Wrapped Bitcoin (WBTC) token linked to the first cryptocurrency reached $227 million, according to the BTC on Ethereum service.

WBTC is the leader in capitalization among "bitcoins on the air". It is followed by a large margin by renBTC ($27 million), sBTC ($13 million), imBTC ($11.2 million) and other similar projects. 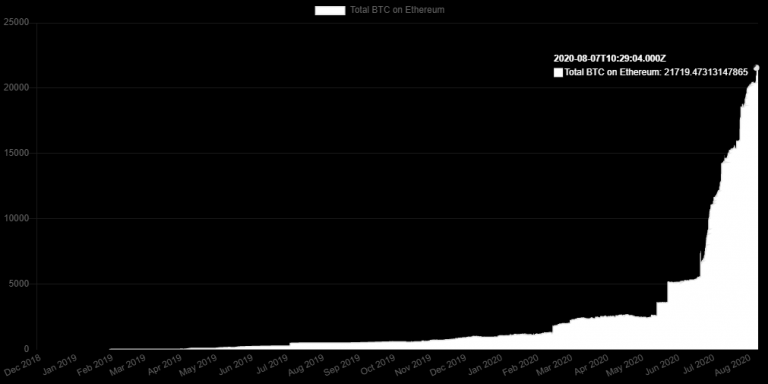 For comparison, the capacity of the Lightning Network (LN) at the time of publication is 1001 BTC (~$11.2 million). This is 27 times less than the volume of the segment of bitcoins tokenized on Ethereum.

According to skew analysts, just three months ago, WBTC's capitalization was approximately equal to the capacity of the LN network

The surge in the value of tokenized bitcoins is likely due to the rapid growth of decentralized Finance (DeFi), where there are currently wide opportunities for lending secured by digital coins, trading in synthetic assets, and so on. The vast majority of DeFi services are based on Ethereum.

According to DeFi Market Cap, WBTC is ranked 12th among the tokens of projects in the decentralized Finance segment. According to DeFi Pulse, Wrapped Bitcoin is in seventh place for the value of blocked assets.

The largest American cryptocurrency exchange Coinbase is considering listing Wrapped Bitcoin and a number of other Ethereum tokens.