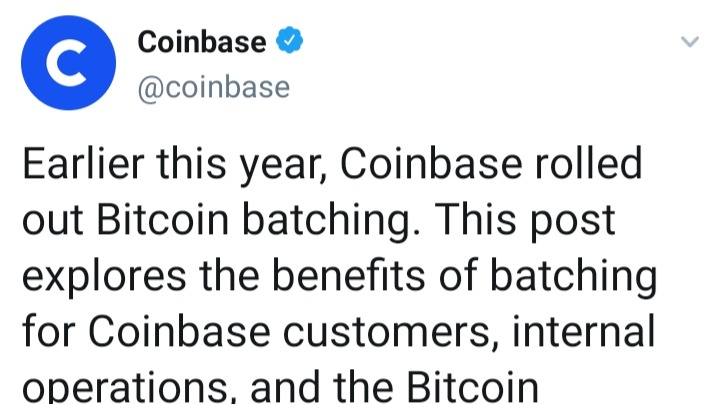 The largest American crypto exchange Coinbase helped customers save 75% on transaction fees of the bitcoin network thanks to batching.

Coinbase introduced batching technology in March. It is used to combine multiple transactions into one, which reduces transaction fees.

By combining transactions, the exchange also reduced their total daily volume by 95%. The company noted that this has a positive impact on the entire bitcoin network. At the beginning of the week, the average Commission amount in the network decreased by 58%.

At the end of July, analysts at the startup Veriphi concluded that the use of batching by all participants of the bitcoin network would save $232 million in commissions. Implementing SegWit by all infrastructure providers would save an additional $403 million.

At the same time, coinbase representative Ermin Wong announced the exchange's withdrawal from the US blockchain Association, the Block reports. The decision is explained by the organization's controversial steps taken over the past few weeks, in particular, non-compliance with strict membership criteria.
On Monday, August 10, the American division of the Binance exchange announced its entry into the Association. Coinbase did not specify whether this was related to the decision to leave.