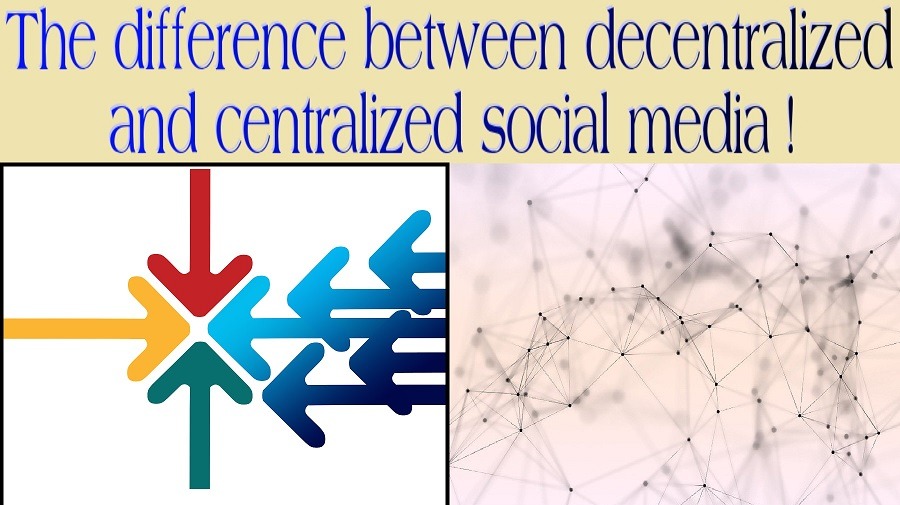 There is a big difference between decentralized and centralized social media.

The centralized one are aiming to gather as much information about members, and to use that information to generate income. Plus most of them include the third party. So, they can impact the public opinion. And they can make money from advertisement. And they don't usually pay to members that big part they are earning, but share only a little part from what they earn with a group of people who made them the most income. In the other hand, those who are doing well in centralized media can use that to promote and to earn from that. So, in one hand centralized social media are good for those who invested in them many years and maybe even money. And those who built their brand there. But in the other hand the centralized social media aren't good for regular people. Plus there is a risk even for popular accounts to lose access to that account, or to lose the account at all. So, even if spending many years there, and sharing something not right, we are in risk to lose all what we built. That's in case we're building there.

And now let's talk about decentralized social media, where deleting accounts or content is impossible on the blockchain level. Where everything created is public, transparent and clear. Where we don't see closed or private groups, where most of the decisions are made by the community. Where not only one centralized leading company is dictating what to do. And the most beautiful thing is that it could be totally anonymous. So, no one will ask from you your personal details to use them after. Because those details could be used to have a database that will be sold without paying anything to the owners. And it could also be used against people in case their actions aren't acceptable. So, we kind of secure ourselves in decentralized social media. Also, if the social media work based on a blockchain, that means anything created will stay forever and no one will be able to delete what he created before. So, it's easier to catch someone lying. The opposite we see in centralized social media where people to control what they say, and they can just hide their true opinion.

Of course decentralized social media win in a lot of aspects.

But if someone like more the centralized one, it's their choice.

I've been creating content on the blockchain for more than 5 years. I'm coming from hive blockchain with almost 6k followers. I'm also a leader of a community called dcooperation. I would like to grow here as well. You may watch this video about me : https://www.youtube.com/watch?v=b2M08UVIH4I That was a contest I created in the community to create a traler video and one of our members decided to create that about me. Please tell me about what should I do in publish0x to be successful here ?