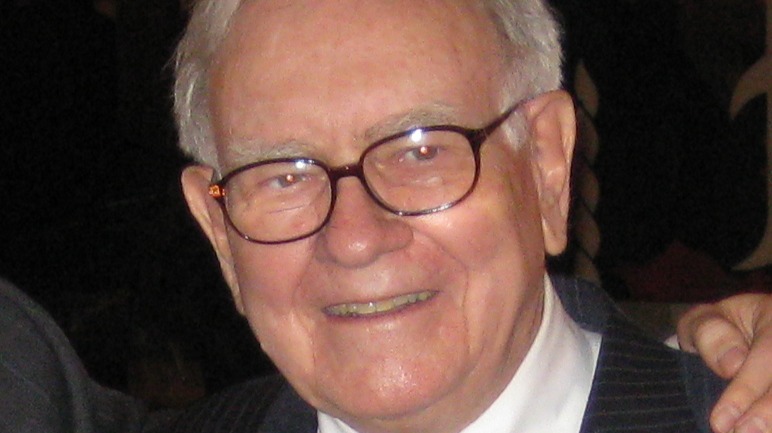 Guys, I took one day, turned off the computer for a mental break, took a trip to the beach and came back and there was so much that had happened in the cryptoverse, I could hardly catch a breath.

The Wikimedia Foundation had started accepting Bitcoin back in July 2014  and later added Ethereum and Bitcoin Cash to the list of available cryptocurrencies, but U Today noted that despite the Foundation's willingness to accept cryptocurrency, there were not that many donations, and cryptocurrency only accounted for 0.08% of the total contributions in 2021. As such, the ban isn't expected to impact the foundation in any meaningful way. Further, it appears as though the Foundation has  left the door open for accepting cryptocurrency donations in the future as it continues to "monitor the issue".

American magnate Warren Buffett has made no secret of his dislike for crypto. Once famously labelling Bitcoin as rat poison, the CEO and chairman of Berkshire Hathway has had so much to say about cryptocurrency, there's actually an article on the web dedicated to his 16 best quotes about cryptocurrencies. Wouldn't it be funny if he were a whale though? I'm just kidding, but it would be funny in an ironic kinda way.

Anyways, on Saturday (April 30th), Buffett again spoke on Bitcoin during the Berkshire Hathaway Annual Shareholder meeting, reiterating his stance and arguing that the cryptocurrency had no tangible value as opposed to other sectors like agriculture, real estate, and even traditional art. And so, he says, even if he were offered all the Bitcoin  in the world for $25, he wouldn't take it.

"What would I do with it?" he questioned.

Buffet noted that the US dollar continues to be the universal currency that is respected and accepted, and he argued that anyone, including Berkshire, could create coins and call it money but, "there’s no reason in the world why the United States government … is going to let Berkshire money replace theirs.”

Berkshire Hathaway vice-chair, Charlie Munger also spoke at the meeting and, according to BeInCrypto, he was not nearly as polite about the disdain he felt for the digital asset, calling it “stupid” and “evil”  and saying that it made the country look bad.

“It’s still likely to go to zero,” BeInCrypto reports him saying. “It’s evil because it undermines the Federal Reserve System…and third, it makes us look foolish compared to the Communist leader in China. He was smart enough to ban bitcoin in China.”

Earlier this year, Fortune reported that the wealthy nonagenarian, Munger, compared cryptocurrency to a venereal disease that was beyond contempt. Meanwhile, Berkshire Hathway has invested $1 billion into Brazil's pro-crypto digital bank, Nubank.

In other news, according to  cryptocurrency exchange Bitstamp's first ever Crypto Pulse report, which surveyed 5,502 institutional investment decision makers and 23,113 retail investors from 23 countries across North America, Latin America, Europe, Africa, The Middle East, and Asia-Pacific to understand the attitudes, applications and ambitions for crypto, now and in the near future, "there is an overwhelming belief in crypto’s potential", not only as a digital-first payments network in emerging economies, but perhaps even overtaking established currencies in the developed world.

The darling of 2021 and one Ethereum's top competitors, Solana suffered yet another outage yesterday (April 30th), this time seven hours of downtime after its  mainnet beta fell out of consensus.

According to the team, the Solana Mainnet Beta lost consensus after the network was flooded by an enormous amount of inbound traffic.

Come on, guys, don't be sensitive. It is funny.

Anyways, on a serious note, the Candy Machine app, an app designed to mint non-fungible tokens, was later identified as the main culprit behind the downtime. The Solana network has since been brought back online.

In September 2021, Solana also suffered a 17 hour outage which, in a postmortem by the team, was credited to a denial of service attack.

The spate of hacks and exploits on decentralized finance protocols is becoming increasingly alarming. Most recently, Saddle Finance, suffered a $10 million hack yesterday (April 30th), which could have been more if it were not for smart contract auditing and blockchain security firm BlockSec's recovering a portion of the funds.

According to reports by BlockSec, 4,900 ETH valued at $13.8 million was originally taken. Of this, the team recovered 1,360 ETH valued at $3.8 million using an internal system of flashbots to detect and front-run the hacking incident.

Of the remaining ETH, BeInCrypto reports that the hacker sent approximately 900 ETH into Tornado Cash.

The Saddle Finance team has since confirmed the incident and advised that it has restricted single-asset withdrawals while investigating the exploit.

And finally, guys, there was an NFT drop last night (April 30th) for Yugo Labs' Otherside metaverse, and all reports indicate that it was a wild success, raking in $310 million for 55,000 Otherdeeds, each costing an average of 305 APE tokens. (Now, if only I could come up with a drop that would earn me even a portion of that money, the things I'd be able to do.)

According to Cryptobriefing, the NFTs were sent to pre-approved wallets belonging to persons who had pre-registered and underwent KYC requirements before April 1st. The deeds, widely assumed to represent land in the Otherside metaverse, were purchased with ApeCoins (APE) which were trading near $20 at the time of the mint.

Otherside, developed by Yugo Labs in partnership with Animoca Brands, the Hong Kong based venture capital company behind The Sandbox,  is a highly anticipated Metaverse world which is expected to be compatible with a number of high-profile NFT favorites including Bored Ape Yacht Club,  Meebits, Cool Cats, CryptoPunks, and World of Women among others.

And so, my friends, what are your thoughts about all of these developments? I think we can all agree that the cryptoverse is really exciting, right? There is never a slow day, never a dull moment. I must say that I truly enjoy it here, even the repartee between projects.

On the Wikimedia crypto suspension, I didn't think much of it. I don't think it's gonna move the needle much. But what do you think?

And do you have a stake in Solana? Do the outages concern you or is this acceptable for you in a fairly new protocol? Do you think that Solana is still on track as an Ethereum competitor or do you have another project you prefer? And do you think there'd be any long term implications for these outages on SOL's future price?

Did you get in on the Otherside NFT drop? What are your thoughts about that? I mean the promo video was pretty interesting, right? So, I guess, it's now left to be seen if Yugo Labs and team can live up to the hype.

Well, friends, I'm off again. It's Sunday afternoon in this part of the world and I'm thinking of maybe a walk in the park. There are some clouds here but the projection is we'd have a sunny afternoon and evening, so maybe the downtime will serve well. Until we chat again, please remember to be safe. It's been a tough weekend for trading though I see Tron prices fought back a bit today (May 1st), but we'll see what the new week brings, right? If you're trading or investing, please exercise caution and only risk what you can afford to lose. We'll chat again soon.