On the surface everything seems fine. New partnerships are announced every day and Malta-based fan rewards and engagement app, Socios.com continues to makes waves in the world of sports and entertainment. There is increasing adoption of the Socios app and currency, Chiliz (CHZ), as well as associated fan tokens.

Yet, there are undercurrents that warrant review as reports emerge today that Maltese residents are no longer allowed to use the platform.

Eyebrows raised? Mine certainly are. Let's turn our attention to the Mediterranean.

Socios and the Chiliz concept 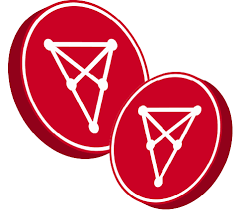 Founded in Malta in 2018 with the aim to bridge the gap between passive and active fans, Socios.com describes itself as "the biggest non-exchange blockchain-powered app in the world, providing millions of sports fans with the chance to connect with their favourite sporting organizations through Fan Tokens, fungible digital assets minted on the Chiliz blockchain."

The holders of fan tokens are given VIP rewards including:

The concept is novel, and as the Chiliz ecosystem grows, Socios has won the buy in of major international teams and players in the world of soccer, esports, MMA, motorsports, cricket, and NBA to name a few.

So then, why are Maltese residents banned from joining in on the fun?

According to an article shared earlier today by news website Lovin Malta, Socios is advising Maltese users that while they were previously granted access and were able to open a Socios.com account due to a technical error, all accounts held by residents needed to be closed with immediate effect.

Nevertheless, Socios is maintaining that all is well and that the decision to deny access to Maltese residents was due to nothing other than a need to streamline operations and focus on bigger markets inside and outside of Europe.

Other unfolding events at Malta

Meanwhile, earlier this year, in June, Malta had been put on a gray list by global money laundering and terrorist financing watchdog, the Financial Action Task Force (FATF).

The FATF is an intergovernmental body which monitors and sets international standards that aim to prevent money laundering and terrorist financing. Among the areas monitored and regulated by the FATF are virtual assets and cryptocurrencies.  While an FATF gray listing  does not  imply economic sanctions, it serves as a signal to the global financial and banking system about heightened risks in transactions with the country in question.

Following Malta's gray listing, the FATF confirmed that Malta's cryptocurrency industry did not contribute to its decision, but the body indicated that it would be issuing further guidance to countries on cryptocurrencies in October.

Earlier this month, on September 9th, Malta presented the FATF with an action plan to address the issues leading to its gray listing. It is expected

And so, what do you think, guys? Is Socios' decision to deny Maltese residents access simply as the network says, that they are streamlining and focusing on bigger markets, or is there something else mulling in Malta?

I'd love to hear your thoughts.   But that's it for now, guys I'm off again in search of loot. Until we meet again, be safe!