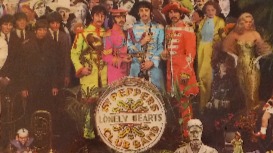 A Brief History of Sgt. Pepper's Lonely Hearts Club Band by The Beatles

The story of one of the most celebrated albums of all time began while on a flight from L.A. in the Fall of 1966 with roadie Mal Evans travelling with Paul McCartney. While having a bite to eat, Mal asked Paul to pass over the 'salt and pepper'. Paul misunderstood this as 'pass the sargent pepper'. After visiting L.A., Paul was dreaming up ideas of making an album pretending to be another band. Paul was fascinated by the L.A. music scene and bands with odd names like The Jefferson Airplane and The Grateful Dead. Paul thought Sgt. Pepper would be a great fictional character to add to ideas for what would become their next album. Eventually, Sgt. Pepper would become the leader of the fictitious 'Lonely Hearts Club Band'.

On August 29, 1966 the Beatles performed their last concert at Candlestick Park in San Francisco. The band had already decided to quit touring and focus their time and effort into recording new music. For almost 4 years up to this point, the Beatles had a strict schedule of recording and touring. The constant screams of their fans while performing made it almost impossible to hear themselves. They were also feeling the effects of burn out.

After that final concert, the Beatles took three months off to do whatever they liked. John Lennon did filming for a role in the movie, 'How I Won The War'. Ringo and his wife Maureen followed John and stayed with him until October. George Harrison went to India to study transcendental meditation and Paul went to L.A.. For about 3 months, they were able to just be themselves and do their own projects.

On November 24, 1966 the Beatles reunited at Abbey Road Studios in London and immediately went to work on the idea behind this fictitious band. The Beatles were in agreement to this new approach and with concert tours effectively off the table, so were time constraints as with their previous albums. 10 songs on their first LP, 'Please Please Me' was recorded in one day and in under 10 hours.  This new LP would be allowed all the time it needed, about 5 months and 700 hours to be exact.

Their previous two releases, Rubber Soul and Revolver got rave reviews and delved in acoustic and experimental sounds including 'backward' tracks and George Harrison's introduction of the sitar. Their fans were used to having a new album or single every three months at best. By the time the Beatles reunited for the Sgt Pepper sessions, 6 months had already passed and fans (and EMI / Capitol) were antsy for something new. Also, during this time, the Monkees exploded onto the scene and released 2 number one albums.

It was their manager, Brian Epstein, worried the Beatles would lose momentum, who insisted they at least release a single. The band relented and two of the first three songs recorded for the project, Penny Lane and Strawberry Fields Forever were used as double A-sides for a new single and released in the UK on February 17, 1967. Although the single eventually hit number one in the USA, it failed to hit the top spot in the UK. It reached number two, becoming the first single since Love Me Do to fail to reach number one. George Martin, the band's producer, believed having 2 A sides caused sales to be split as if the single was two separate records, preventing it from reaching the number one spot. What it did succeed in doing was to give fans a glimpse of what was to come.

The recording sessions were finally completed on April 21, 1967. The Beatles then spent considerable time mixing down a mono version. FM radio and stereo was not commonplace yet. Engineer Geoff Emerick once stated that it took 3 weeks to complete the mono mix and just 3 days to do the stereo mix. There are conflicting dates as to its release in the USA and UK. It appears the release date in the UK was May 27 while in the USA, it was June 1, 1967. After waiting a full year, Beatles fans finally had a new album. 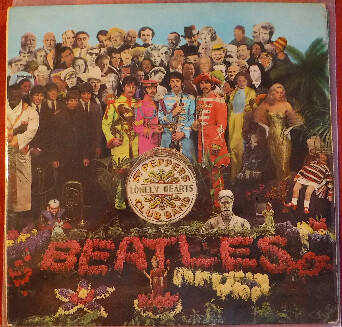 Upon its release, the album quickly shot up to the top of the charts in both countries, staying at number one in the USA for 15 weeks and stayed in the top five until mid-January, 1968 while their follow-up Capitol Records LP, Magical Mystery Tour held the top spot. Sgt. Pepper would become the third best selling LP of 1967. Over in the UK, the album spent an astonishing 27 weeks at number one.

It was a busy summer (summer of love) for the Beatles. While Sgt. Pepper was at number 1, their single All You Need Is Love was released on 7 July and it too shot up to number 1. Later in November, they released another number one hit, the pepperesque, Hello Goodbye. These songs were featured on the Magical Mystery Tour LP which also included Penny Lane and Strawberry Fields Forever.

Today, Sgt. Pepper's Lonely Hearts Club Band is regarded as the first concept album and one of the most influential releases of all time. Sales have surpassed 32 million worldwide. A deluxe 50th anniversary issue in 2017 included Penny Lane and Strawberry Fields Forever and was mixed in 5.1 surround sound.

After the enormous success of the Sgt. Pepper album and related singles that became the Magical Mystery Tour LP, the Beatles retreated once again, re-emerging later in 1968 with their double self-titled LP known as the' White Album' and their biggest single, Hey Jude, one of the most successful chart topping singles of all time.

The Beatles not only expanded on their song writing abilities and experimenting during the recording process but also wanted the LP to be packaged in a fancy envelope style that could be opened up to reveal a giant poster of themselves. They even included a cardboard cutout with a mustache, badges, a postcard and post-up photo of the Beatles to make it a 'fun experience' when buying the LP. 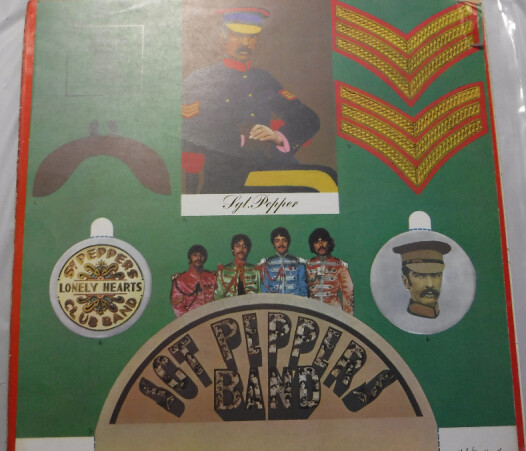 It was also the first LP to include the lyrics printed on the backside of the cover. Their publishers weren't happy with that as they assumed it would impact music sheet sales. In the end, their publishers had nothing to worry about. 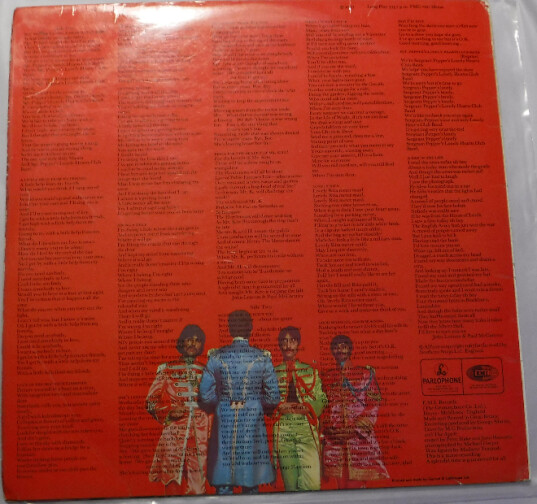 The single that prevented Penny Lane / Strawberry Fields from hitting number one was Englebert Humperdinck's 'Release Me'.

In a scene from an episode of the Monkees, Davey Jones can be seen holding a copy of Sgt. Pepper.

Three songs from the Sgt. Pepper sessions never made it onto the LP - Penny Lane, Starwberry Fields Forever and George Harrison's It's Only A Northern Song.

Frank Zappa released his own Sgt. Pepper (approved by the Beatles), titled We're Only In It For The Money.

The lyrics for the song Being For The Benefit of Mr. Kite were lifted almost word for word from a late 1800s circus poster John Lennon found at a flea market.

Julian Lennon came home from nursery school and presented his father with a drawing. What's this, John asked? It's Lucy, in the sky, with diamonds, Julian replied. Lucy O'Donnell didn't realize she'd been immortalized in a Beatles song until 1976, when she was 13 years old.

Tussaud's Wax dummies of the Beatles appear alongside the band on the cover.

A brief history of the incredible, dependable zipper!

The Beatles never broke up... or did they?

Start mining Bitcoin. I did!

Collecting Postage Stamps - Is it worth it?

We should be exploding at the speed we're moving. A Brief History Of...

I enjoy writing brief historical articles. I am especially keen on the histories of companies / manufacturers, primarily those that no longer exist. A good example is the Studebaker Corporation which at one time manufactured cars and trucks and before that, horse-drawn wagons. Other articles may be about the wheel and the camera. My interests are wide so expect neat articles on all sorts of topics. Subscribe to my blog and be notified when new articles are published. Thanks for your support!