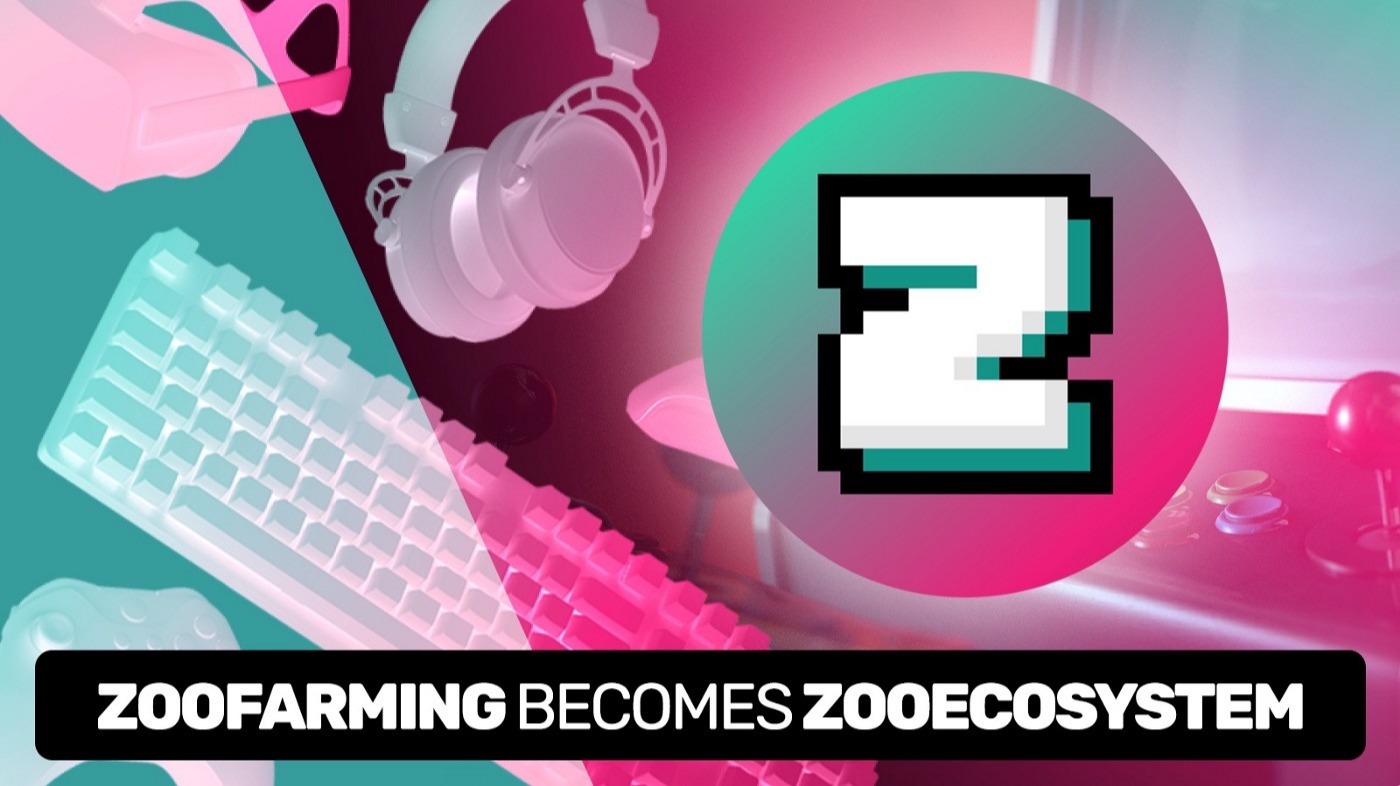 ZooEcosystem Is Launching On Avalanche - The Future Of Multi-Chain Gaming

Dear fellow ZOO ECOSYSTEM users, a new exciting phase is upon us as we deploy on the Avalanche network and become a multi chain platform.

We are planning some MAJOR changes in 2022 as we grow our gaming ecosystem to its fullest potential!

To ensure the success of this new expanded vision, a fair amount of re-adjustment to our original project is required.

Starting today, and over the course of the next two months, the ZooEcosystem Team will gradually implement the following changes as detailed below.

The evolution of ZooKeeper from being a simple farming platform to becoming a complete gaming-oriented ecosystem is taking place. Players from all connected chains (via multi-chain) will all be able to enjoy a fun gaming experience together.

Our brand new website Zoo.One presents our new vision and the tools that will enable the ZooEcosystem to become an important pillar of blockchain gaming.

In order to communicate clearly on this global ZooEcosystem rebrand we have also changed our social handles from @ZooFarming to @ZooEcosystem. In addition to this, all descriptions and links have now been updated accordingly.

Deploying on another, more hyped and popular chain such as Avalanche, will result in a substantial increase in terms of users, thus highly benefiting our current ZooEcosystem.

In a few days, a new ZooKeeper smart contract will be deployed on Avalanche and users will already be able to provide liquidity on both TraderJoe and Pangolin DEXes.

The farming of $ZOO tokens will start ten (10) days after this smart contract deployment.

The NFT bridge will be available before the farming starts to allow current Wanchain users the opportunity to familiarize themselves with the cross-chain process.

Deploying a new contract on a new chain also impacts the original tokenomics of our $ZOO token: the additional supply allocated to Avalanche farming pools will be a gradually released sixty (60) Million ZOO (excluding OTT), and an additional supply of twelve (12) Million ZOO will be pre-minted to allow smooth cross-chain transactions from Wanchain users using the bridge.

Once the Avalanche deployment is completed and the new ZooKeeper dApp is running smoothly on the new chain, the next step in the ZooEcosystem expansion will be to launch on the Binance Smart Chain (BSC). The additional ZOO supply tokenomics on BSC are currently being considered.

3) Modification of Farming Dynamics on Wanchain

The main goal in implementing the following ZooKeeper changes is the increase of ZOO liquidity in order to fuel and boost the ZooEcosystem, especially in regards to its gaming characteristics.

A- Reduction of multipliers for non ZOO-paired pools

All current non ZOO-paired pools will see their multipliers (and consequent APRs) reduced gradually over time. This will greatly help boost ZOO liquidity and the APRs associated with all ZOO-paired pools.

In about four (4) weeks, all pools will see their associated multiplier divided by two (2), except for ZOO/WASP (Tony Stripes), ZOO/WAN (Big Bag Wolf) and wanUSDT/wanUSDC (Carl Crocs).

Once this happens, all pools will be unlocked and users can decide to remain or change pools.

B- Closing of all non ZOO-paired pools

C- Creation of an additional pool

In order to emphasize more on the ZOO liquidity aspect, a new ZOO/wanUSDT pool will be added once the removal of other pools has been completed. This pool will be a single reward ($ZOO) pool.

4) Other Changes on ZooKeeper

A few additional notable changes will also be made as detailed below:

A- A unique currency for all ZOONFTs

The Market section of the ZooKeeper dApp will feature $ZOO tokens exclusively as a currency, whether for trading ZooBoosters or ZooElixirs. This change will apply to both current (Wanchain) and future networks.

Since our new goal is to become a gaming platform, in about two (2) months Safari Pools will be removed and replaced by Gaming Pools.

Gaming Pools are an inherent part of the ZooGames tokenomics as they will only allow players who play and actively participate in ZooGames to earn rewards by staking their ZOO tokens. A part of the total tokens invested for each P2E game, will be allocated to Gaming Pools.

The ZooRena feature was originally created to entertain the community and to create a connection between the ZooKeeper dApp and our main Telegram channel.

Since we are heading towards a more ambitious gaming ecosystem, ZooRena will no longer be active from the 4th of April (final battle on the 3rd of April). The tab will still be displayed within the dApp on the Wanchain network so players who did not claim potential rewards may still do so.

$ZOO is a utility token which was originally given a governance feature so that the team could gather feedback and ideas from the community. Involving multi-chain does impact the governance side and the community can rely 100% on the ZooEcosystem Team to make the right decisions regarding the success of the project. The team is always open to suggestions from the community and, while the BBS forum will also be closed, all feedback can be submitted through the ZooEcosystem Discord, in the dedicated channel.

5) Future of the Gaming Platform

In the near future, all ZooGames will benefit from multi-chain and the use of WanBridge, uniting players across different chains in order to seamlessly play together in a fun and safe environment. It will also allow game developers and game studios to deploy and market their own games on the platform while benefiting from all cross-chain features.

It is currently uncertain whether or not Wanchain will remain the native chain for all gaming activity as the ZooEcosystem team is currently considering all available options. The choice of the main chain is key to the future of ZooGames and other chains appear to also have value to be taken into account.

Wanchain has the advantage of being fast, having low fees and ZooEcosystem developers are familiar with the chain and how it functions, but as we grow further, more support will definitely be needed for the ZooEcosystem.

ZooEcosystem aims to bring blockchain gaming into a new dimension by providing the necessary tools to both players and developers, facilitating the creation of the perfect multi-chain gaming platform.

ZooEcosystem is a blockchain gaming-oriented ecosystem with a multi-chain focus and multi-community spirit.