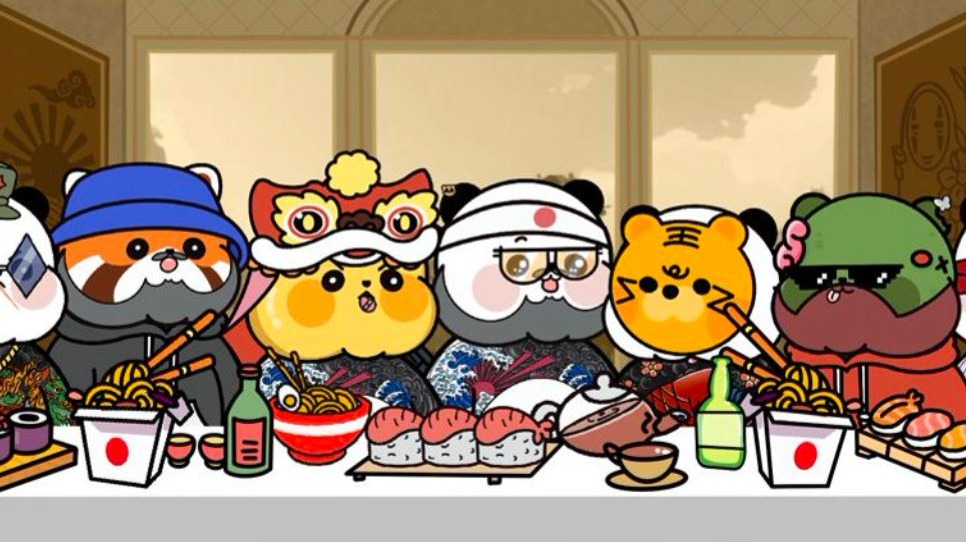 Ayo people, 45 of you are now following me and even though you're not as many as I would like you to be, I'd like you to know that all YALL MY FRS! And in the spirit of dropping free alpha, I have a very quick post about something that I'm 100% aping into depending on the mint price, which is still undisclosed.

Now down to it, the project I'm talking about is Yakuza Pandas - this is their official Twitter: https://twitter.com/Yakuza_Pandas

They have like 2.3k followers which is a massive growth today alone (up like 1k since I'm following). They are doing a lot of honoraries and Gainzy (for those unaware - one of CT's biggest influencers) is already rocking his. I expect this to catch up and perhaps a good flip, maybe even a mid-term hold if you mint more than one.

The mint price itself is still unrevealed but the team will be giving more information on it soon. I personally like the art and can see this becoming a catchy penguin-type of collection. I don't love the 10k supply per se but this might also mean lower mint price. They do have some very influential people following them so I assume interest will come quicker than we think.

The only thing you have to do to get on the whitelist for the mint is to fill out a typeform. I assume it's time-sensitive so you need to act on this if you want in.

None of the above should be construed as financial advice. This might also go to zero. Do your own research and never invest more than you can afford to lose because there's a high risk of capital loss.