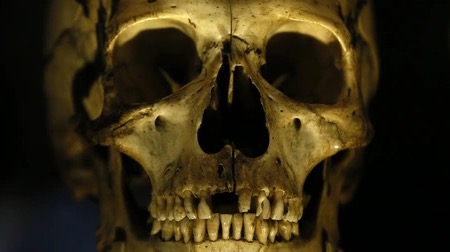 The sights, the sounds, and the dangers abound, awaiting in the night.

Hearing, feeling, and seeing naught, encased in the song of the fiddler’s delight

They danced and laughed and sang, forsaking the gifts of thought and sight.

Past the border’s mortar and stone, along the forest’s pines,

The strangest little men did come dancing a dance divine.

Dancing as the people below, feet in tune with the fiddler’s rhyme.

Through the walls they danced as if the stone had not existed,

And by the light of the street lamps near, I could see them fiendishly twisted

With spiral-horned heads and split-hoofed feet, they could scarcely by half be man.

But nevertheless, it took my breath to see the sons of Pan.

Hand in hand and hip to hip, they took the dancers in the square below

And led them into a deeper dream than the song had already bestowed.

Than any man who was led by grace would ever surely go.

As they spun their partners ‘round, with a laughing heart and face,

Their hooves drew sparks on the cobblestone ground, leaving only the trace

Tapping the beat amidst the sleet with the time of the silent bass.

And, that Celtic tune rolled ever on, stalling the thought of the horrid dawn

That would waste away this darker Eden and mute forever their Siren’s song.

Still, the men and women laughed and grinned, crying tears of fetid joy

Arm in arm with their satyr twin - children of Helen in the streets of Troy.

And here I confess my deepest regret, for the merriment made me doubt

The reasons made for such restraint and the pleasures I would do without.

Why not stray from my pious ways and a follow a more carnal route?

And live what life I had to live while laughing and leaping about.

But the longer I watched the snakes below dance their charmer’s tune,

The more they seemed as ripe, young maidens by an older lecher swooned.

Beneath the shade of Gomorrah’s roof to drown in a mermaid’s lagoon.