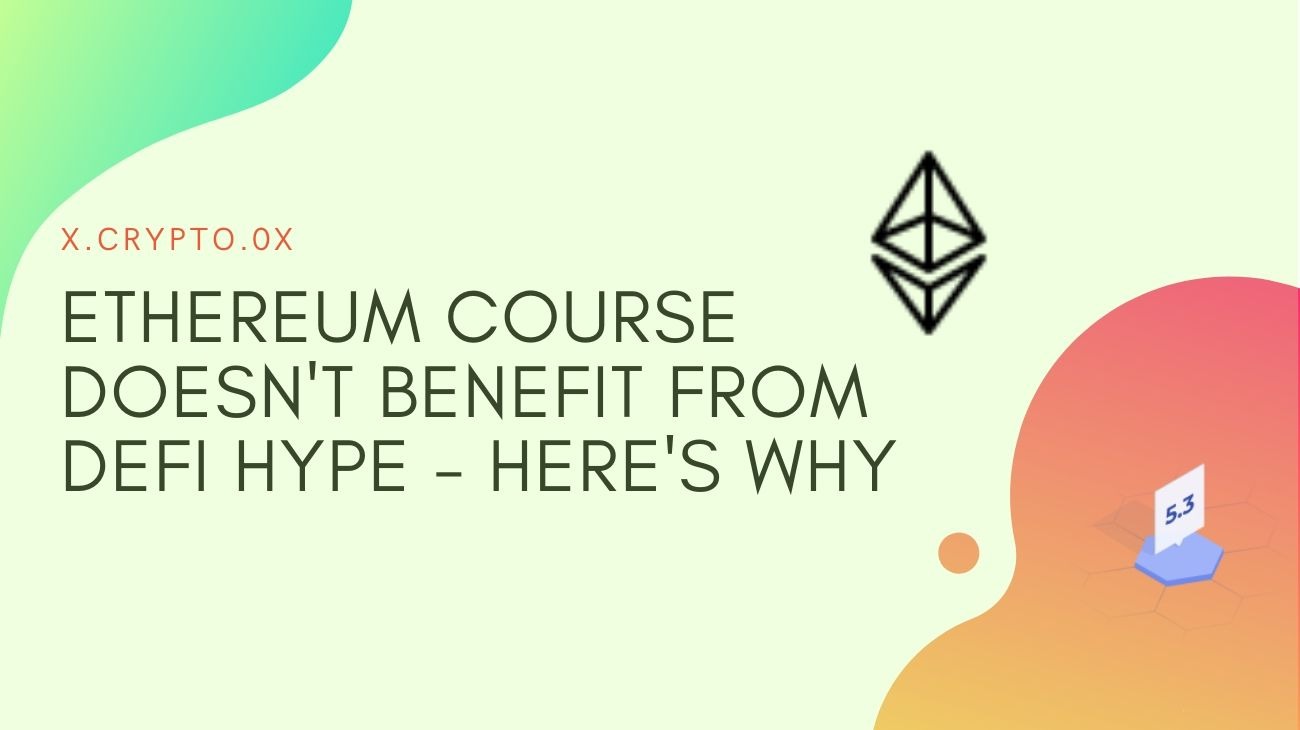 The ICO boom in 2017 was occasionally triggered by a massive increase in the Ethereum price. Both visionaries and fraudsters used the Ethereum protocol to issue their tokens and to draw millions of dollars from the blind investment frenzy.

At that time, the currently available stablecoins were either not popular or did not exist, which meant that the token holders sold their altcoin holdings either in ETH or BTC when they had to convert them to USD for full payout. The former in particular was used as a bridge currency, since the transaction fees were significantly more affordable than with Bitcoin .

But the whole thing also worked vice versa, because all ICO investors always had a few ETH ready to store in a smart contract for investments in the next “10x ICO”.

Among other reasons, that's one reason why stablecoins question Ethereum's narrative as a currency.

Messari analyst Ryan Watkins said on Wednesday that there is no "direct reason" why the Ethereum rate should correlate with the rise in DeFi tokens. The latter already shows signs of ICO-like investment behavior in every respect, with some rather unknown tokens rising by up to 10,000 percent in the past week.

Watkins quoted Qiao Wang, a former lead investor in Messari products, who said in 2019 that stablecoins "wasted the chance" that some platforms could be important to those looking for profit:

Watkins explains that some DeFi tokens, such as compound or balancer, can be purchased directly from Coinbase or Uniswap for USD, eliminating the "Ethereum Bridge" that was required in 2017. The following graphic explains this: 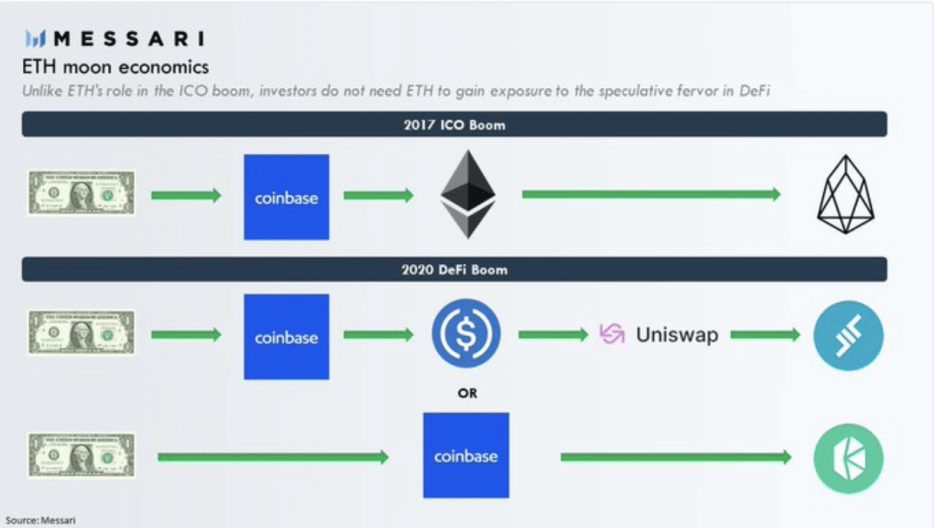 The stock exchange data reflect this falling demand. The metrics show that trading volumes for Ethereum-based products such as spot, futures and derivatives have decreased significantly since 2017. Instead, stablecoins like Tether have become more important, despite all the criticism and controversy surrounding USDT: 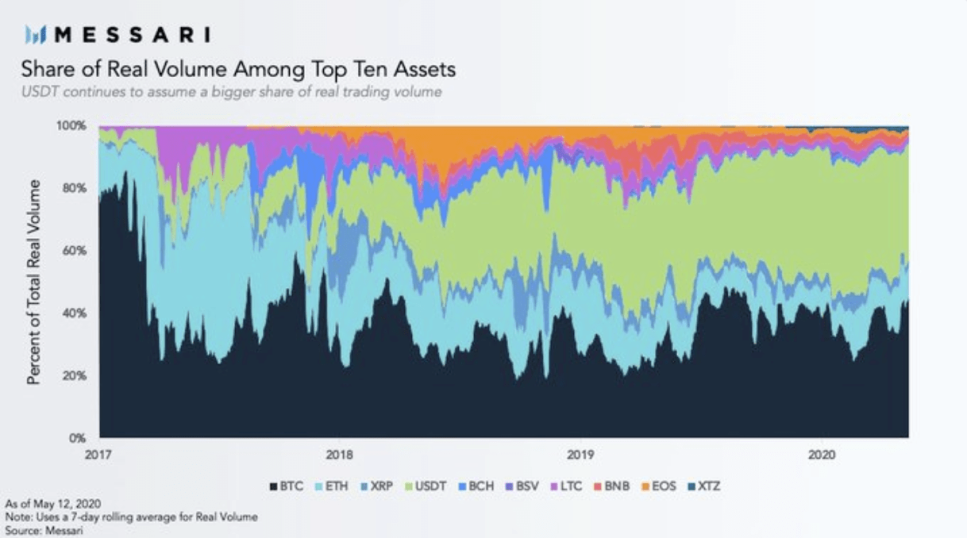 Ethereum's time is far from over

But everything is by no means lost for ETH. For one thing, Watkins found that the sheer advancement of DeFi applications, presumably from both a technical and institutional perspective, is evidence of Ethereum's “product-market fitness”. He added:

In the past two years, Ethereum has evolved from a money box for ICO projects to a burgeoning digital economy.

Watkins points out that utility is a key factor in any currency, such as the fact that the US dollar is more valuable than the Venezuelan bolivar for reasons such as overall benefits, global acceptance, and underlying value.

With updates like ETH 2.0 on the horizon - the public multi-client testnet goes live in less than a week - the benefits of Ethereum don't look like they will be usurped in the near future.