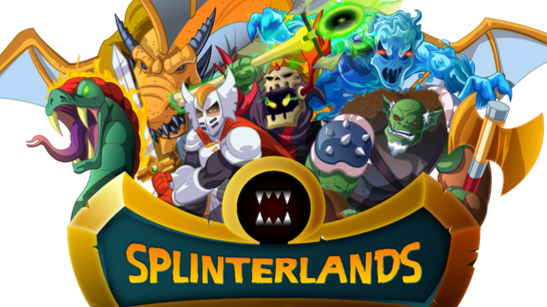 This is my submission in Share Your Battle Weekly Challenge.

This week's theme is NECTAR QUEEN

Unlike most queen bees, Nectar Queens like to get out of the nest and get their Proboscis dirty. Fortunately, you can hear one coming long before it reaches you. Unfortunately, they have a real taste for blood. NECTAR QUEEN is a nice addition to the earth splinter family. Great attack, nice health with flying ability right from the very start, makes her a perfect flying tank. At level 6 she gets retaliate ability with speed of 4. I usually boost her speed and attack using BROWNIE. Good luck trying to hit her. And remember Flying ability makes the queen perfect for Earthquake battle rule.

I frequently use her when the mana cost allows it.

This was a 32 mana battle with two battle rules: one, Silenced Summoners and second Lost Magic. Despite of Silenced Summoners battle rule, I used DARIA DRAGONSCALE summoner to use dragon monsters. I placed NECTAR QUEEN upfront for its Flying ability. Strong melee attack with high health and speed makes it a force to recon with. I gave it +1 melee attack and +1 speed by using Brownie(Inspire and Swiftness). On second position, I placed my Manticore. Perfect monster with Reach, ability for one down position. On third position, I placed my DRAGON JUMPER. It is always good to have at least one opportunity monster in the team. Next, I used SCREECHING VULTURE. An awesome opportunity monster with Scavenge ability. On second last position, I placed BROWNIE for it's Inspire and Swiftness ability. On the very last came FIRE SPITTER. Decent ranged attack with Flying ability, at a low mana cost of just 4.

The battle went as planned. NECTAR QUEEN with enhanced attack and speed proved potent enough to kill enemy tank and whereas my opportunity monsters in the back kept doing their job. Nectar Queen evaded many attacks and survived till the very last.

That will be all for today.

Take very good care of yourself and people close to you..