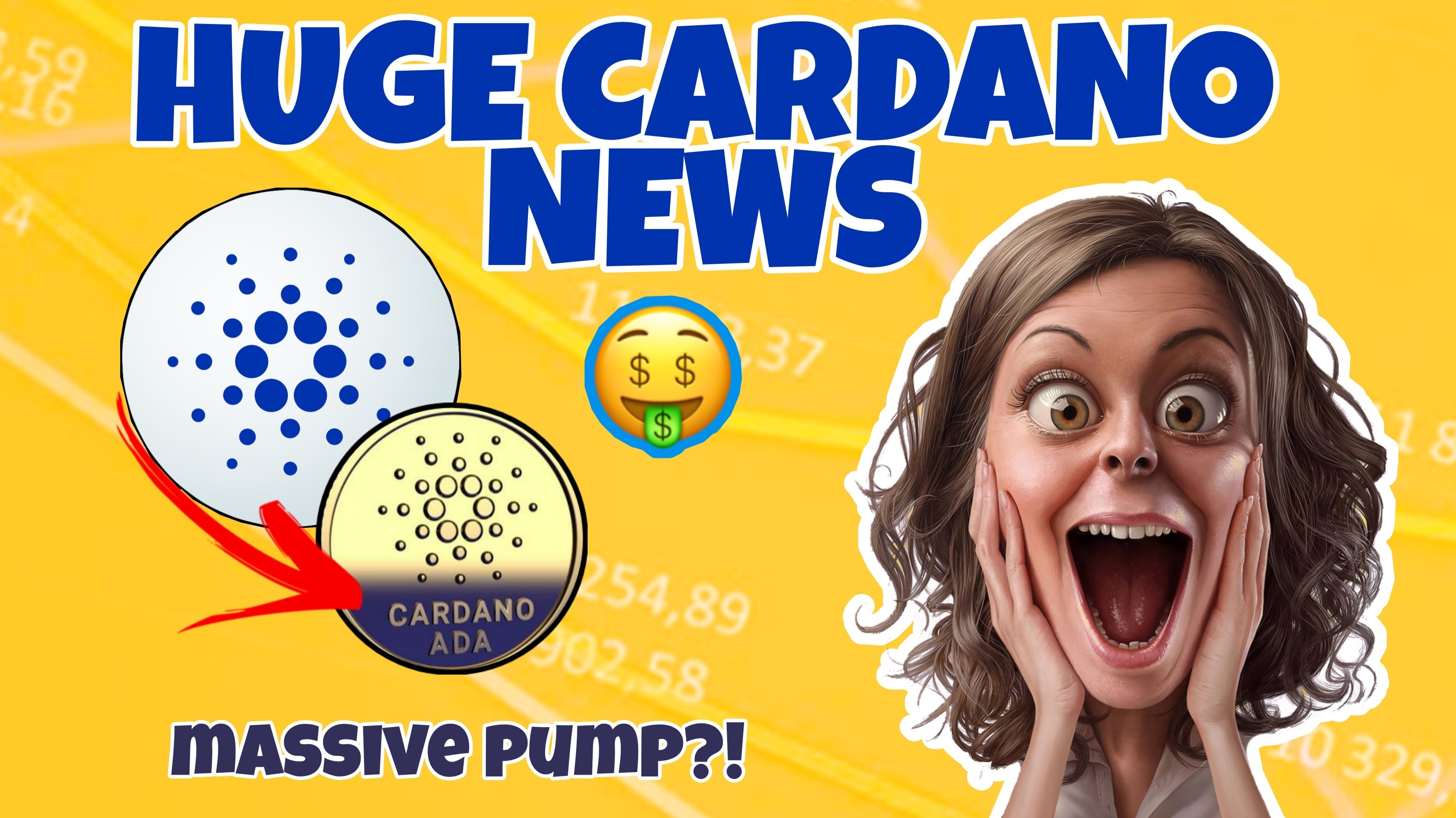 Disclaimer Before Reading this Article: Article is only informative based, not an education on where to invest. If you are considering to invest, do your own research for your safety. 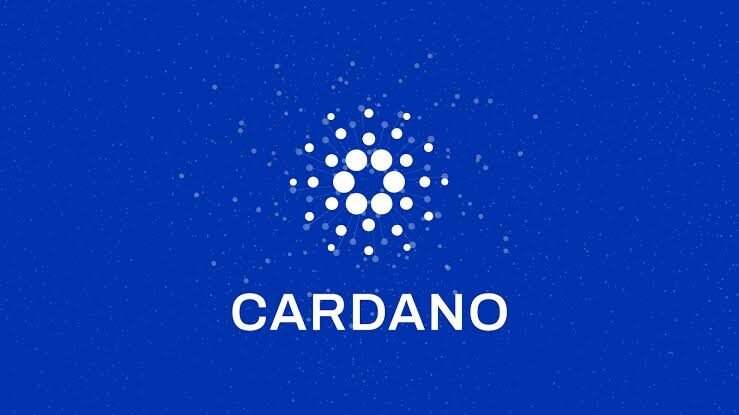 In this article, I will be talking about the Cardano. And why I think the ADA will end up going back to where it was even further, just talking about the future of this coin in general and why I think it might be the Ethereum. And there's some other bullish news because we've been kind of sitting at this period where we broke out of the trend that we were in just recently. We're on a downwards trend we just recently broke out of it which is good, that's also bullish but there's reasons that make me think that we're going to see major parabolic movements soon on this coin as well as the other ones, pretty much the whole market. That's what we're talking about today's article if you enjoy make sure to leave a like. 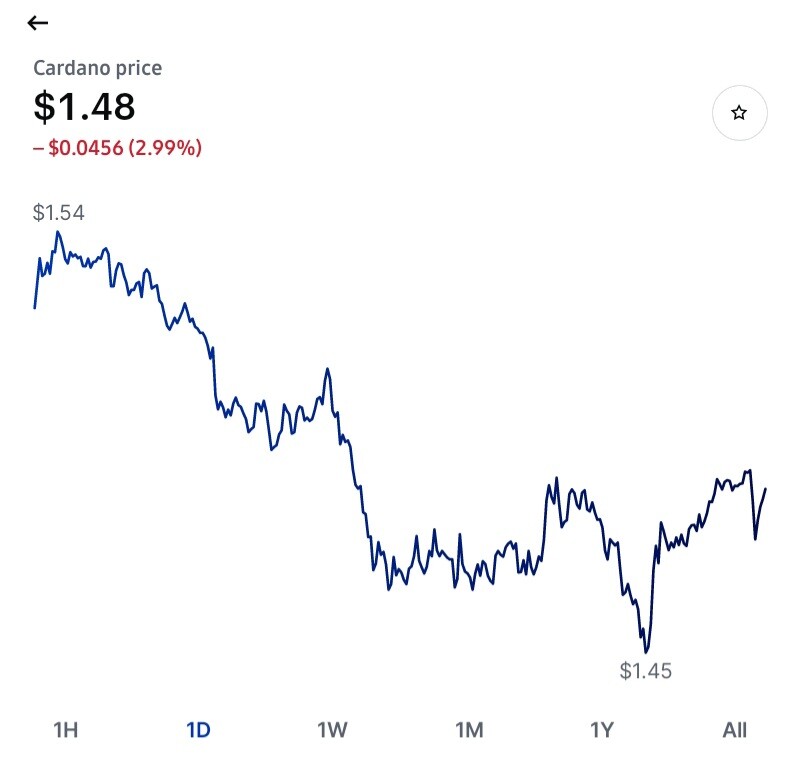 So ADA, yes I think that this coin is gonna do massive things. I think with this recent Bitcoin movement and it going crazy in general and just Ethereum going up, that's what caused ADA to break out of that cycle so I think that we're going to get back to the all time highs or the high twos very soon, just got to think about it for a second if the whole market's going up, every single coin goes up just like a Bitcoins down. Although there hasn't been any really bullish news it's really key for you guys to realize what you're holding like this is the future. This is literally one of the coins that's going to set everything else aside and it's really going to show what crypto actually is and I'm probably the most bullish on ADA, I have one of the biggest holdings in my whole portfolio there or my all coins more than anything because every single time I make profits I throw it in ADA because I know that's where the long-term money is. There's no real bullish news, for it's good to know what you're holding so you can hold it long term and you won't be like "oh shoot it's down right now i need to sell" but I do believe that we're gonna break out very soon I think we're gonna parabolic, I think we're gonna go back up to the top. I'm in the same way with Litecoin. Here's a price chart of Litecoin in the previous 24 hours: 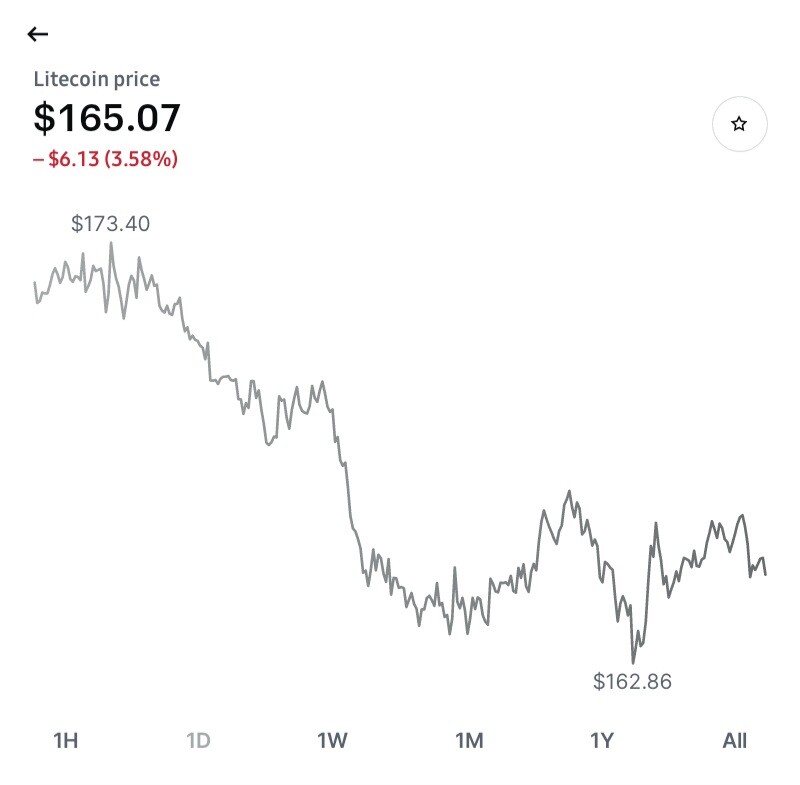 I think that these are both gonna do really good there's a bunch of big interviewers talking about this now, huge interviewers like, so watch out because there's a couple people that have humongous like millions and millions and millions of dollars in ADA and they're talking very bullish about it so follow what the big money's doing we're doing good right now and I think we're going to keep going up. 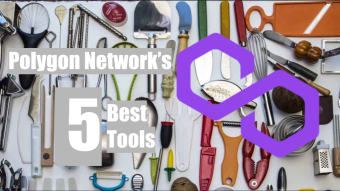 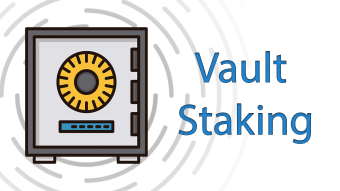