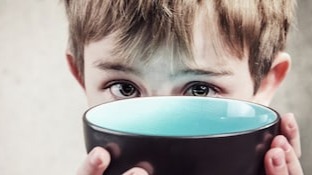 HUNGER
Who has not experienced this? No one. It even dealt severely with my Lord Jesus Christ so who am I to escape it searing pangs.

Whenever I'm hungry I yawn lazily and tears creep from my eyes. Not that I want to cry or anything. That's just my natural signal.

A friend had told me before that one of his friends used hunger as a motivation to read more.

Some other persons I know are unapproachable and very aggressive when hungry and unless you lightly, politely ask why they were behaving that way... They reply with "Don't you know that a hungry man is an angry man". If you dare fail to ask that way, they show you why they are unapproachable.

Some other people become silent and passive. With that look on their faces... I wish I could describe it. It is always different for every face but still carries the same message, I'm hungry know how you talk to me.

Another group of persons vent out their hunger conditions in tears. Children and infants are known for this... When my kid sister, was still little I knew what I went through. But if you are a grown up who cries because of hunger and not heartbreak... Well, that's a new one!

Also, some people assume nothing is going on. These ones have maybe, gotten used to the sensations of emptiness in their stomachs and perhaps have even experienced near-starvation or consecutive belly tightening hunger spasms.

They smile about but wisely conserve their depleting energy. They talk, but talk less, work but this time, much slowly. You tell them come let's play soccer, they say they have a sprain.

So which category do you fall in?

However, hunger has brought many gruesome stories to the fore.

• A mother selling her children for like 24 thousand naira to buy garri please don't say it is Hunger rather uncle Starvation is at work.

• When you see those little children on the news who had been reported to have cultivated the habit of admiring grass like a goat would, to the point of eating it.

• When vulnerable children all around the world are trafficked, because their families can no longer feed them.

And so much more.

So when next you feel the pang remember some other person doesn't even have dough on a pan.
When next you're 'moved' to open your pot and something is inside, remember that some one out there temperature is rising, not because of the sun but his gastric acid is beginning to burn his insides.
When you pray Lord give me my daily bread... Also say, and my neighbor as well.

And if you have what is takes to alleviate the impact of hunger and starvation in our world.

I end with this...
A poet whose name, origin or whatever identity I can no longer recall said.
Well I paraphrase; Hunger is the reason why our stomachs have become one the greatest gods because we sacrifice to it everyday.

I do a lot of creative writing and I give myself to reading useful information on many subjects.

Here we introduce you to lovely stories that keeps you thinking. Our writings are quite simple and stupid yet inspiring. Feel free to log on here and read liberating fiction stories that inspire writers and readers alike. Come feed from our bowl of stories.