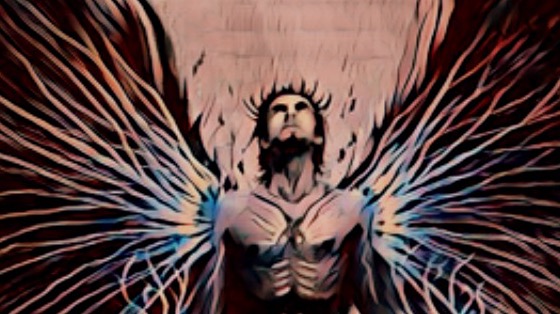 Travel To Evolve - Intro and chapters 1-2

“TRAVEL TO EVOLVE”
“HOW TO MAKE DESTINY REVEAL ITSELF”

“ROCK BOTTOM”
“THE INTERACTIVE GAME OF LIFE”
“LEAVING LAS VEGAS”
“TALES FROM PRISON”
“ANTICIPATING SERENDIPITY: IS IT POSSIBLE?”
“IS IT REALLY LUCK IF YOU CREATE IT?”
“THE BREAKTHROUGH”
“JOHNNY NEVERMIND”
“CARPE DIEM”
“TALES FROM PRISON PART TWO”
“BIG BALLIN’ IN CHICAGO”
“I AM WILLIAM WALLACE”
“HACK INTO YOUR DESTINY”
“THE FIFTH ELEMENT”
“FROM PRISON TO PARADISE”

“If a flower doesn’t bloom, you don’t change the flower, you change its environment.” - Unknown
“Travel far enough, you meet yourself.” - David Mitchell
“By leaving your old self behind in your old home town and taking a leap of faith, you discover who you are really capable of becoming.” – Unknown

“There are far, far better things ahead than anything we leave behind.” -- C.S. Lewis
“Man cannot discover new oceans unless he has the courage to lose sight of the shore.” - Andre Gide
“Don’t tell me how educated you are, tell me how much you have traveled.” – Mohammed

Could it be that legal pharmaceuticals are just as bad if not worse than illegal drugs? Prozac kills or deadens the ability to feel real emotions. That’s exactly why people take it. Emotions are one of the keys to accessing everything you desire. Greater control of emotion is the answer not the elimination or deadening of being able to feel emotions! Do you understand the old saying “Don’t throw the baby out with the bathwater?”
She's talked of getting a new job countless times but doesn't put the effort in to actually get one. Over time she’s become somewhat of a recluse, choosing the company of her bulldog over all others. I would bring these things up and she would say that she doesn't like to try anything because she fears she will fail anyway, so why even try? Recently, her bulldog died of old age and now she is confronted with forced change to her routine. This is another consequence of failing to go on your own magical journey; your life is going to change no matter what! I say better to create the change than become victim to it. Does this sound like anyone you know?
There are many people like her on Earth, playing it safe, never taking risks, living out the remaining days of their lives at the same job, in the same city they grew up in. You probably would not be reading this book if you thought that this is a good and sane way to live. Even if you're in a similar situation as her, there must be some part of you inside that wishes to break free from the chains of fear that are binding you to just survive instead of truly living.
When I was locked up, I desperately wanted to get these ideas across to her, so I wrote her a letter from the perspective of the “Devil" in hopes that, because she is Christian, it would be a more effective way of waking her up. I used the Devil as the friend writing to her but may as well as be anyone’s addiction to drugs or negative thinking.

Dear Friend,
I have come to visit once again. I love to see you suffer mentally, physically, spiritually, and socially. I want to make you restless so you can never relax. I want to make you jumpy, nervous, and anxious. I want to make you agitated and irritable so everything and everybody makes you uncomfortable. I want you to be confused and depressed, so that you can't think clearly and positively. I want you to feel guilty and remorseful for the things you have done in the past and you'll never be able to let go of. I want to make you angry and hateful toward the world for the way it is and the way you are. I want you to feel sorry for yourself and blame everything but me for the way things are. I want you to be deceitful and untrustworthy and to manipulate and con as many people as possible. I want to make you feel fearful and paranoid for no reason at all.
I'd rather kill you, but I'd be happy enough to put you back in the hospital, another institution, jail, or worse yet at the same job that you hate for the rest of your life. I can't help but sneer and chuckle when you can’t sleep at night. Yes, it's amazing how much destruction I can be to your internal organs while at the same time working on your brain, destroying it bit by bit. I deeply appreciate how much you are sacrificing for me. The countless relationship opportunities you have given up for me; all the friends that you deeply cared for, you gave up for me. And what's more, the ones you turned yourself against because of your inexcusable actions and fear. I am eternally grateful, especially for the loved ones, family, and other important people in the world that you have turned yourself against. You threw even those away for me! But do not despair, my friend, for on me you can always depend. After you have lost all these things, you can still depend on me to take even more. You can depend on me to keep you in a living HELL for your mind, body, and soul.

Forever Yours,
Your Friend

Point is, is that negative feelings and thoughts can have the same effect as hardcore drugs because the body becomes addicted to the release of chemicals caused by the stress that they cause. The body, like the invisible force we are connected to, is without bias. If that's what you want, you will get it. Whatever you focus on most is what you will attract to yourself. You could, with the same effort you give to those fears, choose instead, to focus on being excited about the things you love about your life! If not for FEAR, people would rejoice and embrace this notion.
Consider this quote:
“We are able to find everything in our memory, which is like a dispensary or chemical laboratory in which chance steers our hand sometimes to a soothing drug or a dangerous poison.” Marcel Proust
The preceding quote verifies that what we choose to experience is directed by what we choose to think about and dwell upon inside! The choice of happiness empowers you and opens the door to so many different possibilities, but that choice means change, and the type of people who are more concerned about safety than taking the necessary risk to transform their lives, will not choose to take this leap of faith to acknowledge their own power. I know it's scary, to just leave it all behind, your friends, family, and places you have grown comfortable with, but life is either an adventure or nothing at all. Your inner spirit will be proud if you can break out of your shell and follow the secret recipe of this book.
I can speak from experience of being someone who doubted myself and was very much fearful of making this leap. However, what I didn't know was that there is an eternal well-spring that will supply everything we want for our lives if we just continue going forward into the unknown.
This attitude, this point of view that you are the hero of the story of your life, and that faith, that it will all work out in the end, will lead you, just like your favorite heroes from your favorite stories, to ultimate victory! If you are not on a personal journey that excites you every day and that can and will lead you to more incredible places, if you don’t keep pushing forward despite your comfort, if you don’t keep striving with a childlike enthusiasm about what’s behind the next door of your life, then you will cook yourself in a self-made pit of misery at worst, and a comfortable (boring) and uninspiring (spectator) life at best. Consider this quote:
“When the individual is in conflict within, he inevitably creates conflict without, and only he can bring about peace within himself, and so in the world, for he is the world.” - Jiddu Krishnamurti
Your number one job every day is to get yourself in the morning to first be at peace but then also to get yourself in a state of feeling happy. This is what all the people who belong to the secret society of happy people I previously mentioned, actually do. I know for some of you this may seem like impossible, but you would be surprised how good you can feel within minutes of just playing one of your favorite songs. You can look at one of your favorite pieces of art or a photo of something that reminds you of the beauty of life or just good times. By achieving this ASAP after you get up in the morning, you give the power to attract more things into your life that will match that frequency. If you can do that, behold, serendipity now awaits you!

“If you’re 22 years old, physically fit and hungry to learn, I urge you to travel as far and as widely as possible. Sleep on floors if you have to. Find out how other people, eat, live and cook. Learn from them, wherever you go.” - Anthony Bourdain
“If you think adventures are dangerous, try routine: it’s lethal.” - Paulo Coelho
“To travel is to live.” - Hans Christian Anderson
“I travel a lot; I hate having my life interrupted by routine.” - Caskie Stinnett
“Work, save, travel. Repeat.” - Unknown

This is a true story, half autobiography, and half spiritual self help book. This is the story of my life and how it went from hell to paradise by simply being bold and becoming a world traveler. A wise man once said, “It’s not how many breaths you take, it’s how many moments in life that take your breath away.” Also, as a bonus, contained within will be a super valuable life hack that will allow you to gain more control over your personal destiny!