The cryptocurrency market is maturing 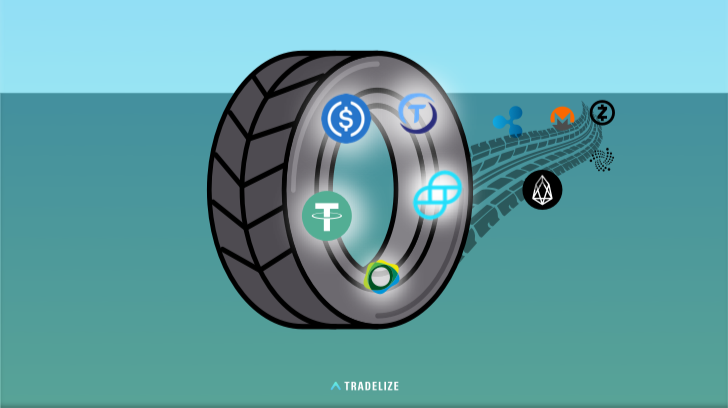 The cryptocurrency market is maturing

Many think about the future of cryptocurrencies and their role in the world economy. It's truly a revolution in the world of finance. But a huge number of different cryptocurrencies have failed to become a means of payment because of their instability. Sharp changes in the course of not only Bitcoin but also other digital money prevent them from being used in everyday life.

One of the ways to solve the high volatility of cryptocurrency is stablecoins.

Throughout 2019, there was a crazy growth in the popularity of a new type of cryptocurrencies that resembled the boom of ICO 2017. And since the beginning of 2020, stablecoins have only strengthened their position on the market. This is confirmed by the growth of transactions and the capitalization of stablecoins. The most popular is considered Tether. The company regularly launches new coins on the market and even overtakes Bitcoin in daily trading volume.

Tether has earned its popularity by simplifying the perception and understanding of cryptocurrencies pairs, as well as by allowing traders to hold funds in a non-volatile and sufficiently liquid asset. Crypto enthusiasts are used to trading pairs, cryptocurrency to cryptocurrency. Such pairs were hard to perceive and analyze for experienced traders from old markets. Tether made it easier to understand and convert the fiat into the cryptocurrency and thus made a push for the establishment of the crypto market. Tether is backed by the US dollar, which made it much easier to control the trader's balance. With its appearance, the first stablecoin brought professional traders to the market and, in its turn, laid the foundation for the emergence of professional instruments for cryptocurrency trading.

Fiat-baked is the simplest and most common type of baking. It is also the most criticized by the crypto community. This is because the collateral currency is fully controlled by the government and violates the principles of decentralization. The crypto community sees this as a problem. But new types of stablecoins are emerging, tied to gold, to portfolios of currencies and investment assets.

Such financial giants as WisdomTree enter the market of stablecoins. The fund, which manages assets worth over $63.8 bln, is going to launch its own regulated stablecoin. It will be tied to a whole basket of assets, including fiat currencies, government bonds, and gold. Such a stablecoin will be an entirely new type of trading instrument on the cryptocurrency market. A kind of ETF on the crypto market may attract institutional investors' attention.

In addition to the appearance of "corporate" stablecoins, national stable digital coins from central banks - CBDC (central bank digital currency) may also appear in this market.

"In the future, there may be more than 80 state cryptocurrencies, which may be the impetus for a huge inflow of funds into financial systems, in which each institution can safely store these stablecoins and perform various operations with them." - said Barry Silbert, head of Grayscale Investments and Digital Currency Group (DCG).

Stabilcoins can transform global finance, and investors can hold their funds in digital coins. They are far superior to classic cryptocurrencies in terms of capital.

On this basis, we can assume that a whole new market of stable cryptocurrencies may soon emerge, divided into several industries. But where is the volatility so hotly loved by us...?

Tradelize is a decentralized network of traders and investors. Our mission is to enable traders to create their own professional profile for limitless scalability by bringing together investors, traders, and less advanced users.

The blog for cryptocurrency traders. We publish reviews of the crypto market, materials that will be useful in trading, as well as news of the Tradelize company. 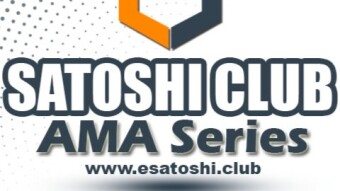 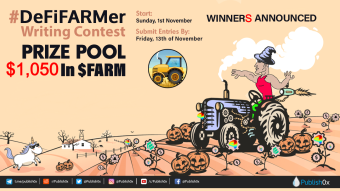 #DeFiFARMer Writing Contest and Giveaway: $1,050 in FARM Given Away!