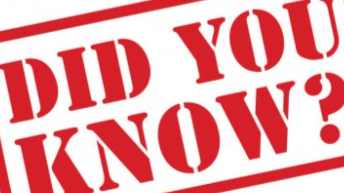 I am sure you all must have heard about this book which I found so interesting that finished within two days and the guy who shared the concept and the book with me got me hooked to it by the way he introduced it to me, my friend to me

Yaar have you read Die Empty by Todd Henry and he asked me a simple question - Which according to you is the richest place in the world? His question took me by surprise and it grew further when he shared that this question was the inspiration for Todd Henry which forms the basis for writing the book.

Todd Henry had gone to attend a business meeting where the presenter who was one of his directors and a great motivator himself asked the audience - Where in the world is the richest land?

There were a lot of people sitting in the audience and the question got mixed replies as some said Diamond Mines in South Africa, still others said Gulf Countries Oil Fields, some even said Wall Street yet some got close by saying Silicon Valley but the presenter negated all of the replies and everybody in the room was startled when they heard the presenter say - The richest land in the whole world is the ' CEMETERY ' and the reason he shared in support of his claim made everybody think hard, The CEMETERY  happens to be the richest land because countless people die and get cremated with some invaluable ideas which did not see the light of the day or were simply not shared with others, therefore it is a cemetery where all of them are buried (ideas) making it the richest place in the world.

Inspired by this answer Todd Henry penned his book.

I can't resist myself from sharing what I found as the crux of his thoughts in the book - " Nobody should go to ones grave while still carrying inside oneself the best which might benefit the whole world, therefore always choose to DIE EMPTY".

Ideas & knowledge are meant to be shared so do the needful ASAP so always share and freely distribute them and never try to keep them hidden deep inside yourself.

Just an afterthought, sorry am sharing late - If anybody wants to read the book I have it as a pdf so can be shared easily.