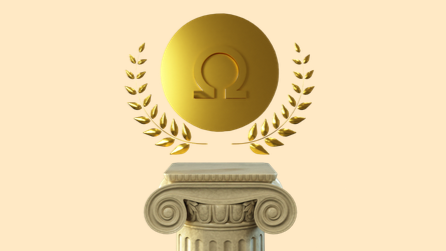 Author's Note: In the day since this story was published, OHM's price has continued to decrease which contradicts the previous assessment that it had found stability in the $125-130 range. The Discord community call yesterday saw both Wartull and even Zeus, the creator of Olympus DAO himself, lambasting "fudders" and those who over-leverage via so-called "9, 9 strategies" described in this article. While the leadership team's conviction and bullish sentiment for upcoming developments shone through on the call, it is clear that investors have been shaken from their steadfast support of the game theory paradigm that lends stability to the protocol.

On January 17, 2022 at 01:55 UTC, a transaction worth nearly $11.4 million USD was placed via SushiSwap, exchanging OHM for DAI. This caused a significant decrease in the OHM token price, which fell from around $160 to $104.68, representing a 41.8% drop. The price stabilized in the $130 range in the hours after the massive transaction took place.

According to Olympus DAO Discord user Leonidas, who is familiar with the situation, "the sell and subsequent drop in price triggered many borrowers on Rari [Rari.capital allows users to deposit OHM as collateral to borrow against] hit their liquidation price, which triggered a cascading domino-liquidation event flushing out the leveraged and over-leveraged."

Leonidas continues: "Coupled with standard depositing/borrowing liquidations, you have some 'degens' that use the 9,9 strategy wherein users deposit collateral, borrow a stable[coin] up to 80% Loan-to-Value, then purchase OHM to add that collateral purchased with debt, deposit it in Rari, lowering their liquidation price, borrowing a stable[coin] to then buy more OHM...which is a risky strategy to hyper-accelerate OHM accumulation on top of standard 3, 3."

The Olympus DAO's token of issuance has seen a steady pullback since November 2021, and this latest liquidation represents another blow to the sentiment around the protocol. High-risk borrowing by investors have clearly demonstrated that large exits by so-called whales can have exponential effects on price. Nevertheless, the DAO's coffers remain respectably healthy with over $628 million in assets in its treasury and $926 million in value currently staked.

Community leaders have scheduled a Discord call today at 20:00 GMT in an effort to field questions and assuage the concerns of investors. One Olympus DAO community manager and Discord administrator, Wartull, took to Twitter early today in the fallout of the sale, concluding a thread on his assessment of the DAO's future with a resolute message:

As for Olympus, we have been here before, we will be here again. Call us dead, a scam, a ponzi [scheme] or whatever else makes you feel like a big boy. We will be here for a long time, whether you like it or not.

The Public Ledger @yoder449 | All views expressed are my own.

Covering markets, innovative NFT applications, and lifestyle within the crypto space. | Have a story to tell? Tweet: @yoder449 Discord: yoder449#9674