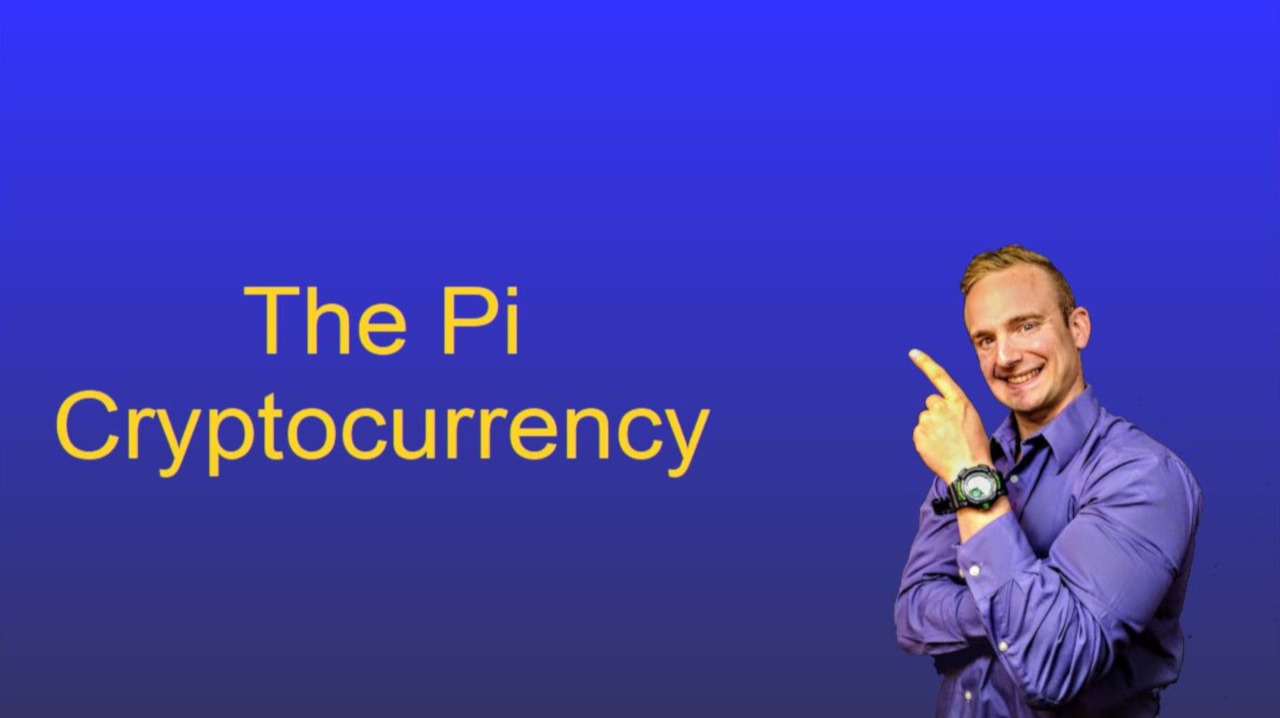 The official page of the Pi Network states that “Mining crypto is hard, investing in crypto is risky, and too many of us are left out of the cryptocurrency revolution.” Unfortunately, I have to agree with them. Although cryptocurrencies were intended to promote decentralization and democratization of the monetary supply, the immense amount of computational power needed to mine the vast majority of cryptocurrencies has led to a large degree of centralization. The Pi cryptocurrency hopes to change this by introducing the world's first digital currency that can be mined on a phone. In this article, we'll take a look at the goals of the Pi cryptocurrency, and I'll give some of my thoughts on the project.

As the Pi white paper describes, cryptocurrencies solve several problems. They resist censorship, they make it easier to send money abroad, they cut out the fees and hassle associated with dealing with financial intermediaries, and they give users a certain degree of privacy. However, these benefits are provided by all cryptocurrencies, and Pi certainly isn't alone in providing those benefits.

Although virtually all cryptocurrencies provide the same types of benefits, Pi hopes to make a name for itself by appealing to the masses. What I mean by this is that mining the vast majority of existing cryptocurrency is simply out of the reach of normal people. For example, it takes incredibly powerful computer hardware to mine Bitcoin. Not only is this expensive, but the vast amount of computational power that is expended on the Bitcoin Network means that any “normal / amateur” individual user is highly unlikely to win a mining reward.

Virtually the only way to earn Bitcoin from mining is to join some form of a mining pool. It has been reported that over 74% of Bitcoins hashing power has been controlled by just 5 mining pools. This presents a problem as cryptocurrencies were designed to decentralize and democratize the monetary system. This can't happen if it requires so much computational power to get that average, everyday users are effectively priced out of using cryptocurrency. 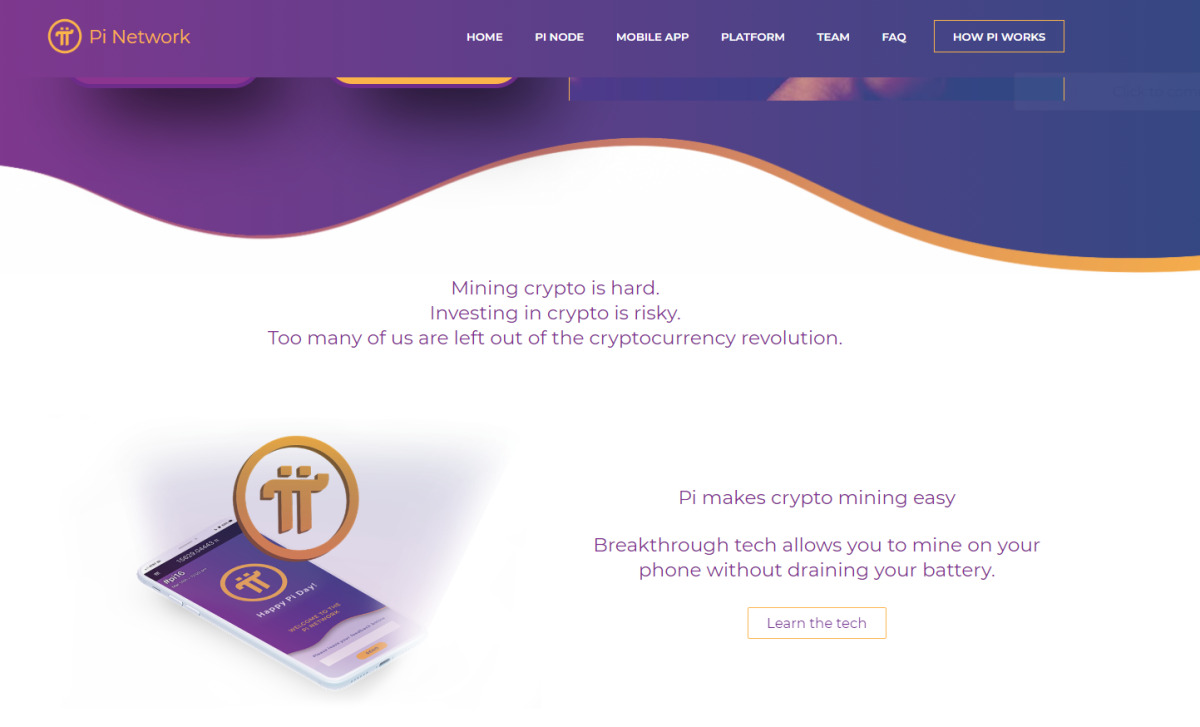 Pi’s solution to this problem is to reward and distribute their unique cryptocurrency not based on hashing power, but rather by the amount of trust that a user contributes to the network. At the most basic level, a user can earn Pi for simply logging into the app regularly, and verifying that they are a human. The more a person uses the Pi app, they can begin to invite other people onto the app and earn increased rewards for onboarding new users and thus creating more trust within the network.

So far, so good. The system generates and distributes cryptocurrency for people that it can verify as humans. The fact that new users have to be invited by someone who has already been verified as a human means that there is a certain degree of trust in each user’s “humanness”. However, simply distributing a cryptocurrency to everyone that is a human is not a value proposition or use case. Pi plans to drive value for the Pi coin by implementing what the white paper calls "scarce social media" channels which will be hosted on the home screen of the Pi app where users log in and claim their rewards. The white paper describes this scarce social media channel by comparing it to Instagram with the exception that instead of each user posting multiple photos, there is only a single global post for the whole app.

In other words, every single user logging in at a specific time to claim their Pi rewards and verify their identity would see the same ad. This has huge marketing potential especially as the audience of Pi users grows. The way that this ad is determined is based on which users wager Pi to claim this ad spot. Thus, Pi plans to derive value for the Pi token by tying it to attention/adspace.

Simply from a theoretical perspective, I think it's a great concept. Countless others have already written about how much electricity is wasted by mining Bitcoin, and I completely agree that the average person trying to mine cryptocurrency is at a complete and total disadvantage compared to the big mining operations.

That being said, it's important not just to look at the theoretical aspects of a project, but rather, the real-world results the project has delivered. Right off the bat, the proposal of creating a trust-based system by verifying identity online will raise concerns with true cryptocurrency purists. To use the system, you have to either verify with your phone number or Facebook account. 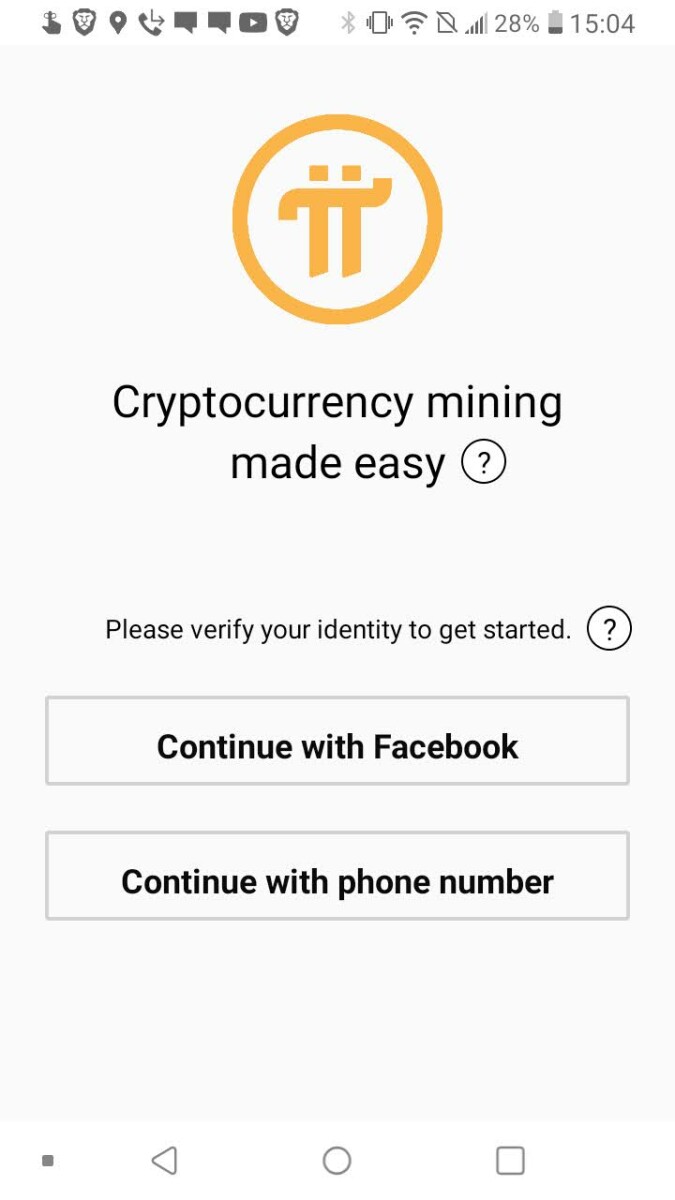 Again, anyone who has used a centralized exchange is familiar with the KYC procedures, and although I realize that many people won't feel comfortable using Pi for this reason, I think it's important to point out that Pi is not an anomaly (or bad guy) in the crypto space for requiring some form of KYC.

My most pressing concern about the Pi network is the fact that even after a year-and-a-half, there is still no ability to withdraw or exchange the cryptocurrency. The Pi network launched its beta on Pi Day of 2019 (3-14- 2019) which makes the project just about a year-and-a-half old. As I say in all of my reviews, I completely understand that it takes time for a project to get up and off the ground. As of the time of writing, Pi’s official frequently asked questions section still states that there is no way of withdrawing the cryptocurrency and it also currently has a value of $0.

Again, this isn't a problem in and of itself. Virtually any cryptocurrency that offers some kind of “early adopters” program works on the same principle. The crypto team tries to onboard early users so that name recognition and popularity of the crypto will grow and the crypto will hopefully be listed on an exchange someday. If everything works out, then the early adopters will be rewarded handsomely because they were able to earn the crypto for cheap before it launched and went mainstream. On the other hand, if the crypto team drags its feet or the project doesn't turn out as planned, the “early adopters” will have simply wasted time supporting the project.

We have heard the same catchphrases over and over, and we know there is no shortage of cryptocurrency projects that are promising to “revolutionize human commerce”, “empower the masses”, "become the future of money", etc. As much as we get tired of hearing the overly ambitious slogans, there are cryptocurrency projects out there that have great potential to not only deliver an incredible service but also make the early adopters quite a hefty profit, so its important not to discount the whole crypto space as mere hype. The problem, however, is sorting through the almost unending variety of cryptocurrency projects to choose the right ones to focus your time and effort on.

As such, I think it's very important to decide what projects are worthy of supporting with your time and effort. When a new project is first launched, there's a lot of excitement and buzz and momentum and energy that can help push the project forward. As time goes on, this tends to fizzle out. My personal opinion is that the longer a project delays the ability to withdraw funds or list on an exchange, the less likely that is to occur.

All this leads me to say that I do think Pi has an interesting concept. The inherent flaws of the PoW consensus mechanism are well-known, and I think it’s great that cryptocurrency teams are looking for ways to get around this and ensure a more equitable distribution of cryptocurrency. At the same time, I realize that some people just aren't going to be on board with the implicit KYC required to use the Pi network.

As far as I can tell, there is no “cost” to using Pi other than your time and potential privacy. While there is the possibility that the whole Pi project fizzles out without ever delivering a cent of profit, there is also the possibility that Pi someday 1) enables withdrawals and 2) achieves listing on an exchange which pays a handsome dividend to early adopters. For the people that are okay with completing the KYC procedures, I believe that the decision whether or not to use Pi comes down to your belief in the strength of the team and the idea.

This is one of the situations that I believe can't be settled by facts and figures but is more a matter of opinion. If you believe in the team and the vision of the Pi network, then getting on board early, logging in, referring friends, and earning Pi will seem like a great investment. At the same time, if you don’t feel like the project will catch on or achieve its goals, then even logging in to claim your “free” Cryptocurrency will still seem like a waste of time. At the end of the day, the choice is yours, but I hope this article has given you a few things to consider. 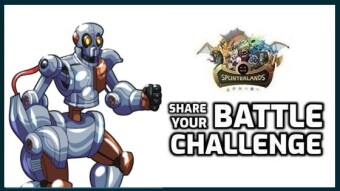