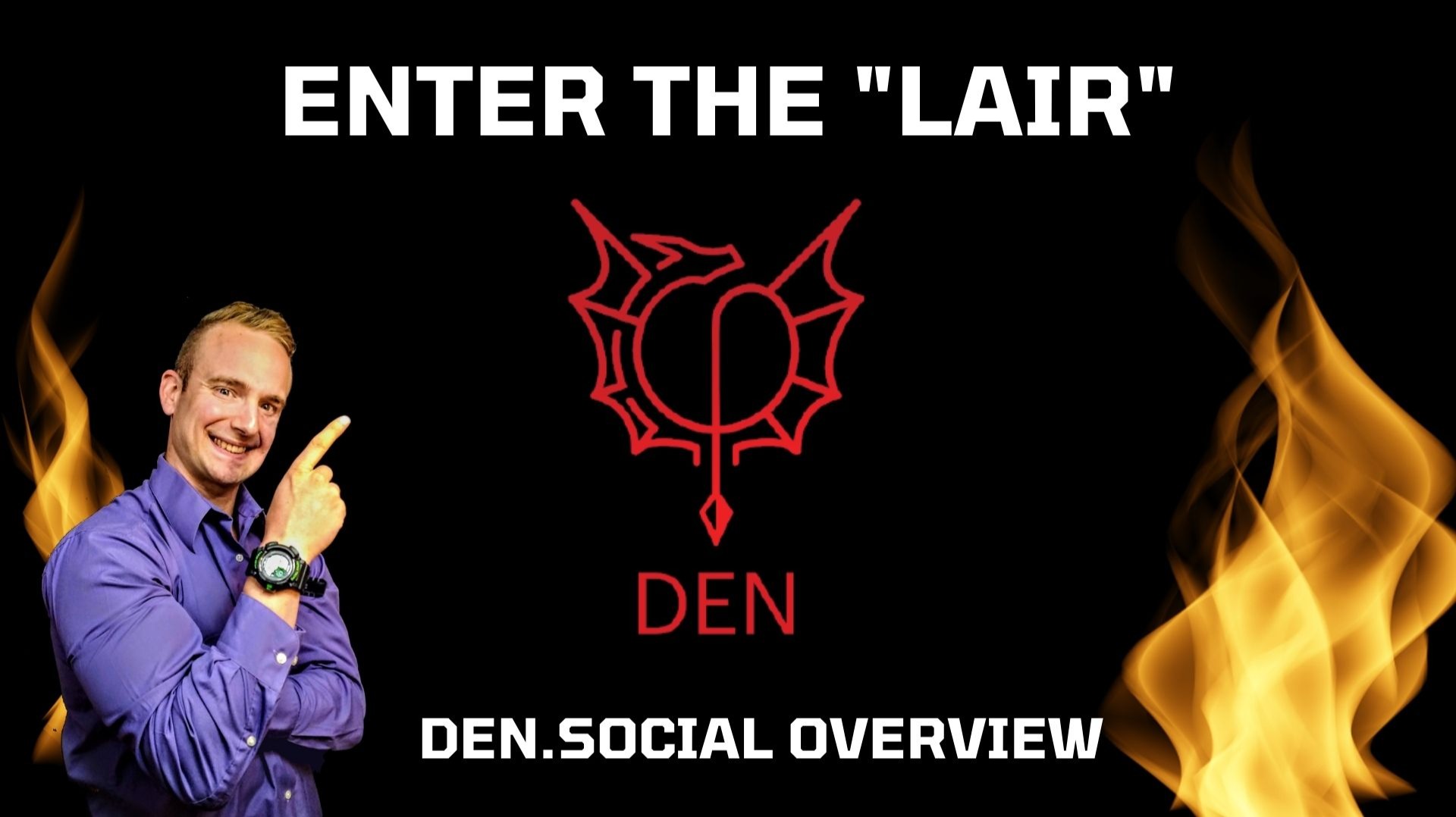 Den.Social is a relatively new crypto based social media platform that hopes to fight spam and low quality content while also giving creators, curators, and community owners the ability to monetize their time on the platform. In this post, I'll share an overview of what Den Social is, how it works, and some of the unique features it has.

The flaws of legacy social media platforms like Facebook, Instagram, and Twitter are well known: they harvest user data, constantly push ads, and it can be incredibly hard for newer creators to get any interaction. Crypto based social media sites generally provide more data protection and privacy as well as incentivize interactions by allowing users to tip each other.....but this can create a problem of its own with low-quality content pandering for upvotes.

Incentivizing interaction can be good for boosting engagement, but it can also lead to excessive spam. How many of us have posted a comment on crypto social media only to have 10-20 "nice post" comments? It is something that is getting better, but still a problem on some sites. Den Social hopes to preserve monetization while also reducing spam by modeling scarcity into every component of the platform. 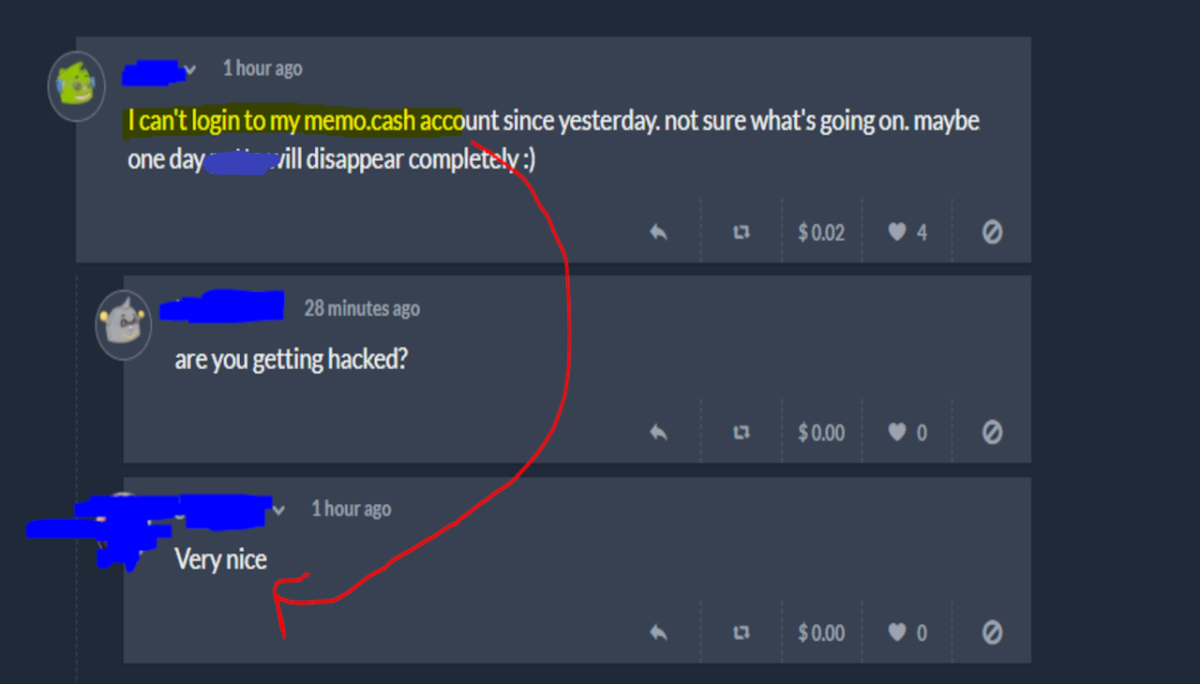 Energy (NRG) is the Regulatory Mechanism of Den

In other words, users have a fixed amount of NRG (Energy) tokens that can be used to perform certain interactions on the platform. At the time of writing, posting costs 5 NRG, replying to a comment costs 1 NRG, etc. This scarcity concept forces users to focus their posts/comments/upvotes on content that will deliver a payoff enough to justify the expenditure of NRG. If you waste all your NRG on 24 "nice post" comments, then you won't have enough NRG to write that full length article that could get serious upvotes. 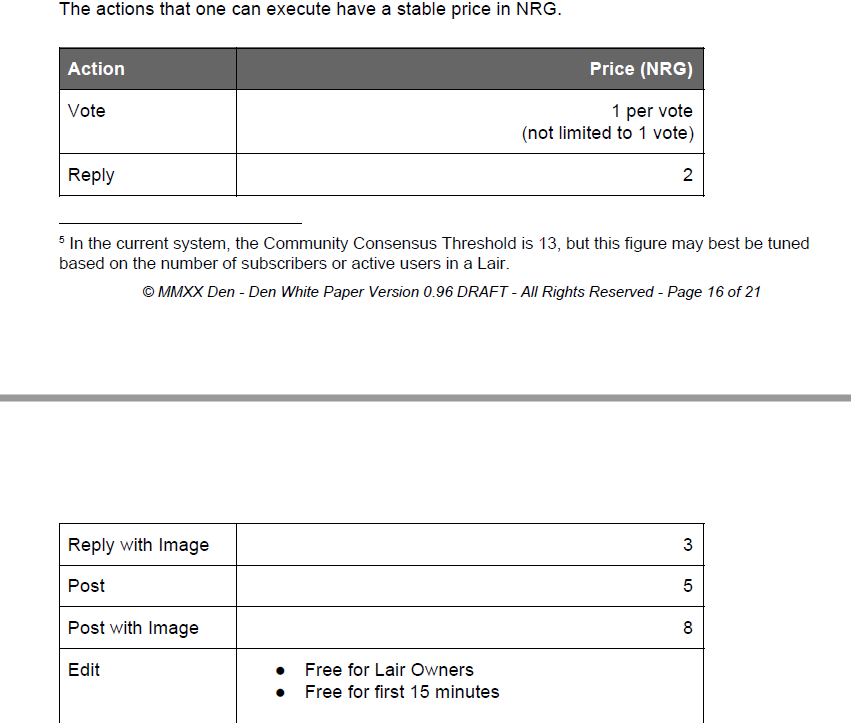 When you are out of NRG, you can't post, like, or comment until NRG replenishes. Thankfully, NRG replenishes at the rate of 1 NRG per hour. Creators who have also contributed enough value to the ecosystem can also earn MTR token which boosts the NRG recovery rate by 1/24th NRG per hour for each additional MTR token owned.

MTR is The Utility Token

Before going any further, its important to note that Den has two main tokens: MTR and NRG. NRG is the fuel used to create posts and make comments whereas MTR is underlying the utility token of the platform. The more value that a user contributes to the community, the more MTR tokens they can earn. MTR is used for both generating NRG for posting as well as boosting posts.

It's possible to earn MTR as a curator, creator, and owner of a community. Note - In Den, the communities are called "Lairs" and are actually owned as NFTs. The more MTR you own, the faster your NRG replenishes which means that you can get back to posting, commenting, and interacting quicker. In my opinion, this is a great balance. Limiting NRG means that spam will be limited, but allowing NRG to slowly rebuild also means that newbies who are struggling to gain traction still get a fair shake at using the platform. If their first few posts flop, they can have another chance to post when their NRG restores.

Den believes that any sufficiently targeted ad will be seen as quality content by its users. Although we all hate spammy ads, targeted ads that actually help us find useful products we are interested in can be a benefit. If we are looking for a new crypto wallet, wouldn't an ad for that be welcome? If we were looking for a travel destination, wouldn't an ad that helps us in our search be beneficial?

One of my favorite aspects of Den is the "Alternative Advertising" model in which users can boost ads by paying a fee while also having the possibility of earning back 85% of that fee depending on how much engagement the ad gets. Under this system, users that "boost" a post pay a fee of 15%, BUT they can earn back the other 85% if the boosted post is sufficiently upvoted. On the flip side, if the ad is downvoted, the entire 100% of the fee will be lost. I like the Alternative Advertising model because it essentially lets the community (Lair) vote to determine whether the boosted post was a valuable contribution (and should thus be rewarded) or a mediocre ad (that should be treated as such).

Not only does Den fight spam by limiting user's ability to make excessive off topic posts, it gives users the ability to "block" users in a Lair. If a certain percentage of users independently block the same user. That blocked user is automatically kicked out of the Lair (community). This is a decentralized way of auto moderating a community (Lair) that preserves the integrity of the community while also ensuring that there is sufficient reason to block a user.

1) Den Social is a fairly new platform. This is both good as it means you can be an early adopter and grow your audience. But it can also be bad as there are a relatively limited number of tutorials. It can also be hard to find exchanges for the MTR token. The only exchange I was able to find was on Uniswap. As with new platforms, there can be price volatility in the native token.

2) Den's MTR token is ERC-20 standard which means that its transferability is somewhat tied to the fate of ETH as a whole. Nothing against ETH, but as transaction fees remain high, dealing with any ERC tokens can sometimes cost more than its worth.

3) Den is a bit more complex than other crypto social media platforms I have used. With Publish0x and noise.cash, there is a simple, yet effective reward system that I understand. People are allocated a certain amount of free tips and they can give me a portion of them. The dual NGR/MTR system of Den isn't necessarily bad at all, but it could take users a bit more time to wrap their head around.

I know this was a bit longer post, and yet, I still left a lot of topics uncovered. I didn't even discuss the "ownership" of communities through NFTs or the content curation rewards process even though they are important topics. For those of you who are interested, I'll link to the whitepaper in the references. Although Den is a relatively new crypto social platform, I like what I see so far. In my opinion, it has a lot of interesting features, and it's at least worth checking out to see if you're interested.

As always, thanks for reading.

Some of the cryptocurrency platforms that I find helpful are listed below. When you join with one of my links, there is no cost or penalty to you, but it does help support my work.

Coinbase – For those times when I need to use a centralized exchange.