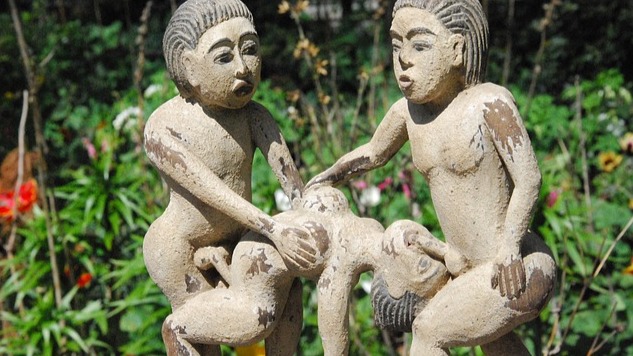 What is Kamasutra? What is the book about?

Kamasutra is one of the oldest popular book written in India some time around 200 A.D. The book was originally written in a language called Sanskrit.

Believe it or not Kamasutra was actually written to help the concept of "art of living". This means the book mainly helped the reader understand the concept of love, finding a partner, maintaining the love and other pleasurable activities that one can do with their partners.

The book was widely known worldwide only when it was translated to english and printed in 1883.

Many fans widely believed after reading the book that it was more about the art of seduction rather than things to do in bed. It talked about seducing married women too. There is also mentions of metro-sexual topics.

Some of the other main topics include sex for pleasure only, female aggression during sex, G spot and orgasm for women.

In conclusion Kamasutra which is now translated to English by Richard Burton is worth a good read to understand the art of living, the art of seduction and to know the concept of love.