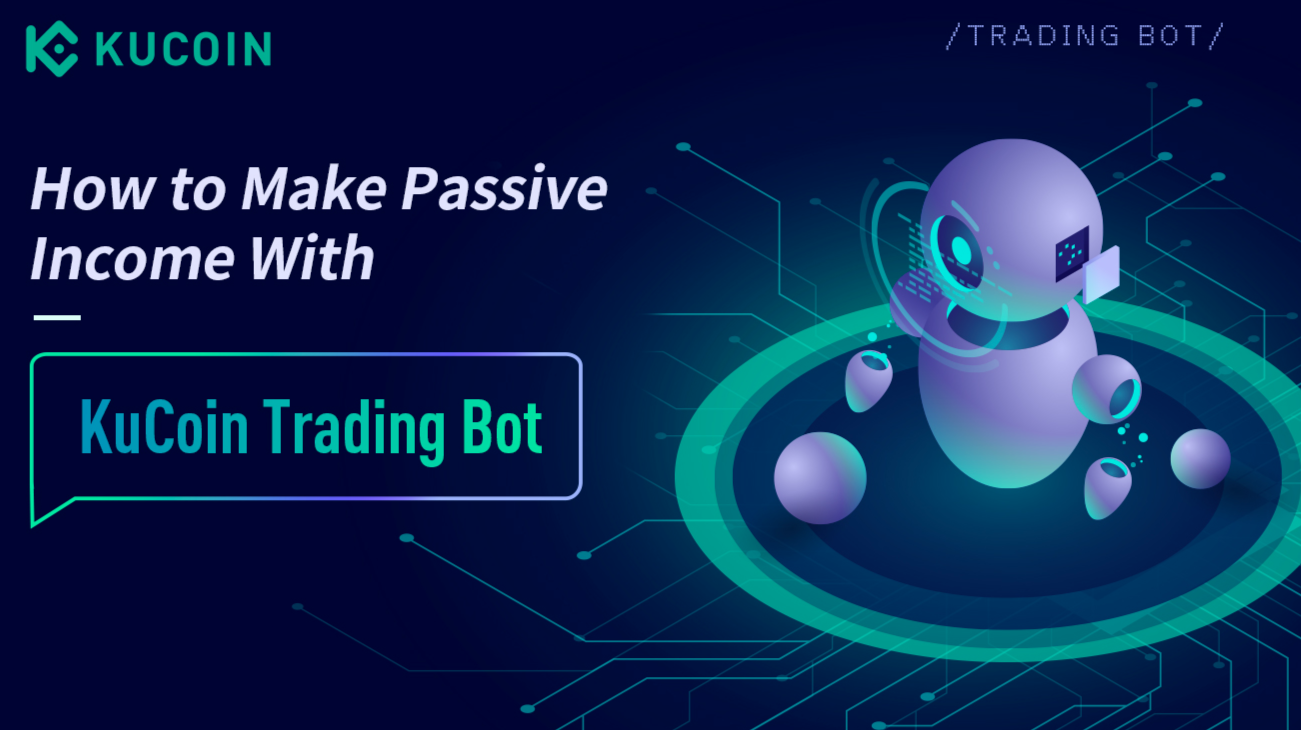 I'm rather fond of the concept of Grid Trading, in particular of the idea of betting on no particular trend happening and profiting of the oscillations of the market.

The core concept is to define your grid an interval within you think a pair (say BTC/USDC) will move in the foreseeable future, slice it into bands and then for each band you maintain either a buy order on the bottom of the band or a sell order on the top of it. 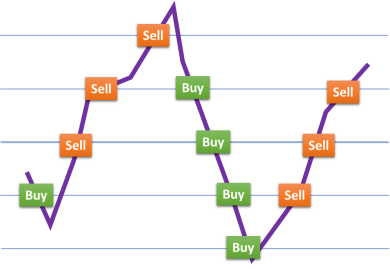 Sells at the top of one band are matched with buys at the bottom of it so, that every time a sell occurs a small profit is taken. If the volatility is high enough and the trading fees are low then some nice profits can be made.

When you setup the Grid Strategy you (usually) create it around the current spot price and buy enough of the asset so, that all the sell orders going up to the top of the grid can be fulfilled.

In this case if BTC descends to under 56k and then gets back at 58k the following would occur: 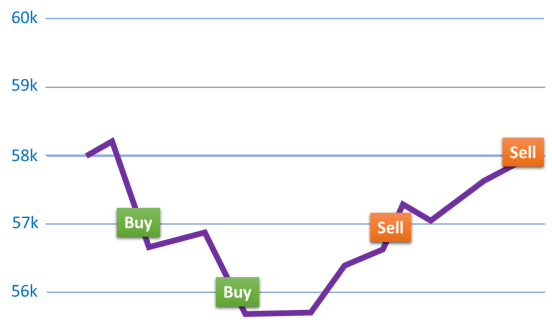 now you would have the asset you had at the beginning +2 USDT (or a 0.8% profit). If such oscillations happen often enough then these small profits could sum up to something nice.

KuCoin has become a rather popular playground for Grid Trading Bots, and this is (imho) for a few reasons:

When reporting profit and losses KuCoin splits the thing in two parts: 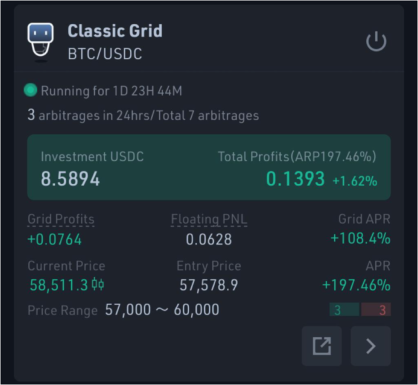 So far, so good, this breakdown of profits/losses makes per se completely sense.

Alas the way KuCoin calculates them tend to be a little confusing (and if I'd to guess I'd say that it has been done this way for the sake of keeping the implementation simpler).

Lets make an example using the hypothetical BTC-USDC bot we defined in the previous section (230 USDC, starting @58k, grid with 4 orders between 56k and 60k) and imagine a scenario where the price climbs over 60k and then re-descends to 58k: 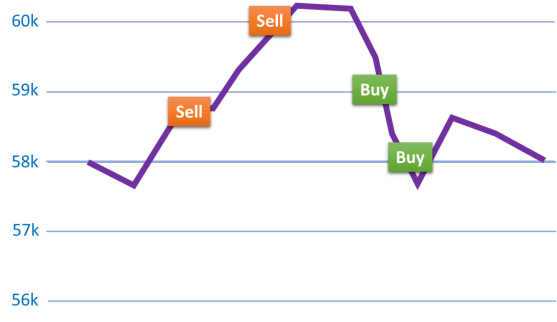 Intuitively you would said that the Grid Profit would be 2 and and the Floating PNL would be 0 (after all you still have 0.002 BTC worth 116 USDC, just as at the very beginning), however a KuCoin bot going through that would show something different, namely:

The total is still the same (+2 USDT) but the breakdown is at least a little odd. Let's see how and why this happens:

If I had to guess I'd speculate that this might be due to the fact that the second approach is easier to implement than the first one (for each band you only have to keep track of the buying price).

The good news is that over time the difference between the two approaches tend to diminish: most of the discrepancy is accumulated as the sells corresponding to the initial buys occur, that is: the first time that the price of the asset crosses the upper side of the grid.

The bad news is that given that the current implementation of the KuCoin bots doesn't automatically reinvest (profits) you might end up stopping and re-creating bots quite regularly.

P.S.: if you want to try KuCoin bots please feel free to use my referral code (rJAFWLS) or Link

the n00b and the crypto

What all crypto topics have in common to me is that they all make me always feel outside my comfort zone and I'm always the less knowledgeable person in the room... pretty much the Jon Snow of crypto