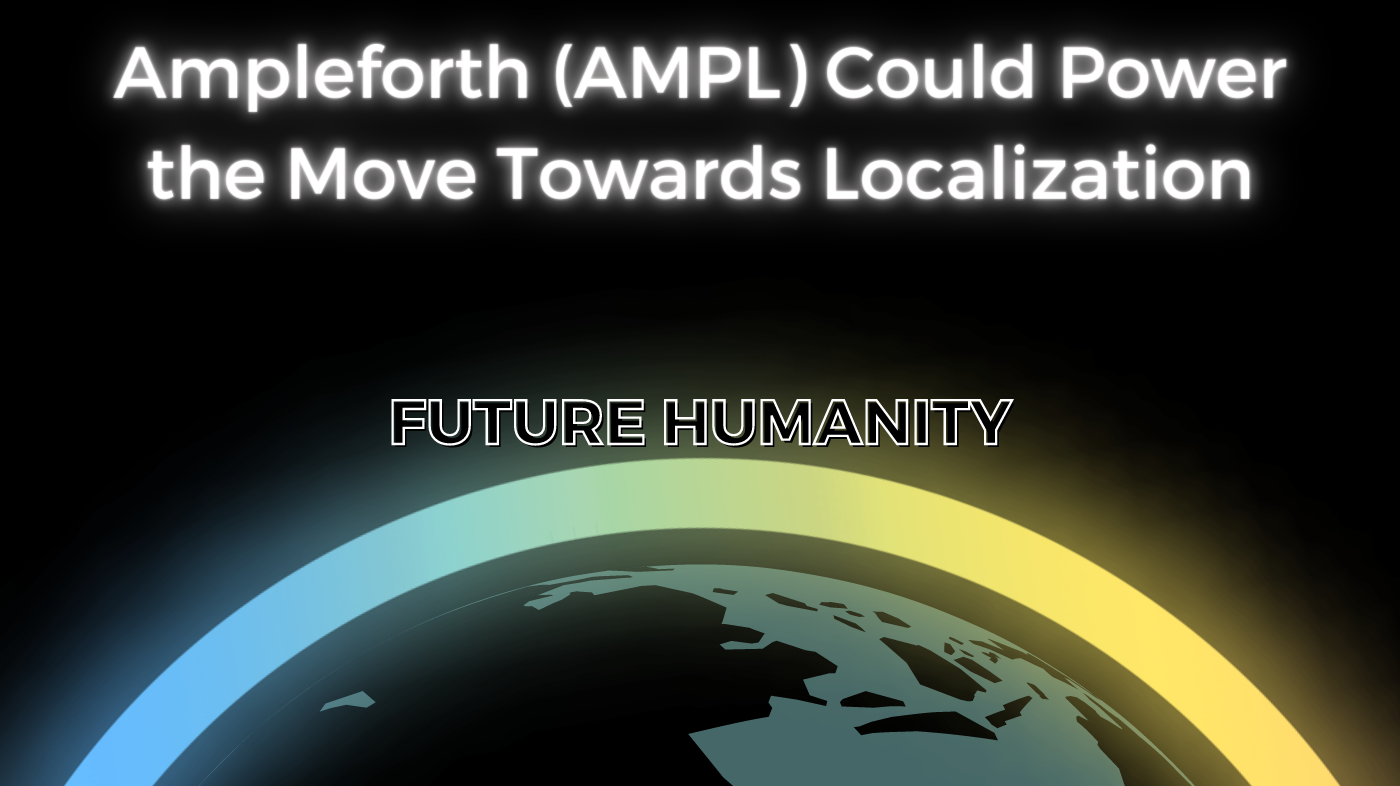 3 August 2021:   With the accelerating forces of climate change all but ensuring a move away from globalization, the rise of alternative models of societal organization are bound to include the return of localization.  More emphasis on local societal structure could grow on the back of rising monetary protocols such as Ampleforth.  This article will offer a potential use case with the continual adoption of Ampleforth (AMPL).

With Ampleforth's recent demonstrations of both durability and scalability, the potential use cases for such a monetary technology are intriguing.  One of those examples is Ampleforth's potential importance within emerging localized societies.  The most likely advocation for increased localization is the rapidly worsening effects of global climate change.  Certain aspects of climate change are already irreversible absent an immediate transformational societal change.  With exponentially increasing population growth, resource use, and energy consumption, competition around the world for certain resources will ultimately bring the reversal of globalization as nations begin to slow world trade in favor of securing domestic resource needs.

With a slowdown or even shut down of global supply chains, an immediate consequence will be felt around the world as goods current individuals are accustomed to having will no longer be available.  This may in turn also effect more regionally-based supply chains as well.  This, combined with the increasingly damaging effects of climate change, make the case for an inevitable push towards localization as our current civilization begins to separate.

As the focus of communities turn local, these smaller niche societies would have to place emphasis on sustainability (to ensure their own survivability) while also attempting to preserve traditional economic structures.  This can be accomplished with the implementation of a protocol such as Ampleforth.  With AMPL being cross chain compatible and allowing for wide scalability with simultaneous rebasing, local societies could all benefit from the use of such a protocol.  The protocol would offer these localized societies a monetary system free from traditional boom/bust business cycles, protection against inflation, and free from centralized control which would allow the local society to freely govern themselves.  This, in summary, means that the society would have the benefits of a solid method of financial transactions whilst being free from the damaging effects of the market economy's probabilities for periodic recessions.

The rise of cryptocurrencies has also given rise to an alternative monetary/economic system for humanity from a general sense.  Bitcoin and others have given the world an opportunity, even when faced with dramatic planetary change, to continue with a more fair, locally implementable method of monetary policy which can be leveraged by these local societies to stimulate sustainable growth internally.  Hypothetically, if many of these sustainable local societies did form successfully, a new network of connection could be established throughout from the use of these similar decentralized cryptocurrencies which, in turn, would actually enable the rise of a locally sustainable globalized world, allowing for the successful sustainable expansion of humanity.

With respect to the peer reviewed science that is available, the uncontrolled, accelerating collapse of the biosphere already appears to have added more inertia into the system than humanity could remove given the time frame.  That said, the predictable decline of the current global human civilization is hardly a stretch.  Generally, within the cryptocurrency industry is the dissent towards government (and as I have learned, correctly so).  A return to localization, albeit combined with a strong emphasis on sustainability, not growth, would provide the perfect use case for already existing technologies for new societal structures to be based upon.

It is imperative to approach each problem with an open mind in regards to preparation, potential solutions, and how to approach it.  It would be foolish to observe the validity of accelerating forces of climate change and not address a potential solution in the event that humanity cannot reverse it.  The use case for Ampleforth (and potentially Bitcoin and others) within a new localized societal model is intriguing.  Such a model that could be built utilizing the economics of decentralized monetary systems could help to provide an alternative for humanity in a rapidly changing world.

We plan on expanding the team of writers, researchers, & analysts!  Want to help make that a reality?  Become a supporter on Patreon!

A collection of writings, articles, and papers consisting of topics including science, technology, philosophy, economics, and more.