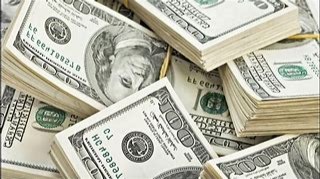 Central Banks Raising Rates and the Decline in Liquidity

The repercussion of Central Bank tightening has yet to raise its head, but we can already understand the currency crisis this will cause.

As Central Banks raise interest rates, in an essence pulling money from the system, the intended consequence is to curb rising inflation. The problem is that many are highly leveraged within their investments or have become destabilized due to the current economic climate. Either way pulling money from the system will only cause many to pursue liquidity by selling their investments at a loss.

We can all see the issue with this formula. Global markets will continue to head lower if Central Banks do not inject liquidity into the system.

We have seen massive corporate bailouts, stimulus checks given to the populous, and stabilizing loans given to business owners. All these actions allowed for currency to flow into the system causing the inflationary crisis we are witnessing today. The problem is that without this influx of cash into the system, the underlining global business structure is broken and will not survive.

We are witnessing a global crossroads that may be our breaking point. Central Banks all over the world are raising interest rates while presenting no plan to interject stimulus into the system. This will only cause the markets to react one way and that is negatively.

Prior to this coming liquidity crisis, corporation were able to increase their revenue by increasing their prices. They were also able to increase their stock price with corporate buybacks. The problem is the cost of everything has risen so fast that money has been sucked from the system, leaving many without the funds to continue current consumption. As consumption goes down, corporations will continue raising prices, thus increasing revenue, and causing a drastic decline in their unit sales. After the decline in unit sales, only a drastic decline in prices will allow sales levels to continue.  We all know that once corporations raise prices, pricing will stay at that level and getting businesses to decrease their prices will be monumental.

So, we are in trouble. People don’t have money to spend, and the banks are about to shut off the money machine, thus causing the coming liquidity crisis.

Many have heard the term stagflation and that is exactly the issue we are facing. Falling employment and wages mixed with rising cost ultimately causes corporate layoffs, thus intensifying the crisis. The only way this problem was solved in the past was to cause an issue we think we can fix, inflation.

As things progress and the world unravels, will Central Banks continue with their monetary tightening in the face of rising inflation, or will they need to increase stimulus to avoid a deflationary depression?

Understanding where this is headed and we can see that the current Fed action to raise interest rates will only hurt the economy, causing the knee jerk reaction of massive stimulus while trying to stop the decent into depression.

Considering the amount of stimulus already injected into the system and understanding the amount of liquidity needed to pull the United States and global markets out of a deflationary spiral, we can see this is a recipe for disaster. Once the damage has been done to our system and asset prices tumble, there will be a minor reprieve from the pricing structure until the banks lose control and print money the likes the world has never seen. When that happens, we all will be in for the ride of our lives!