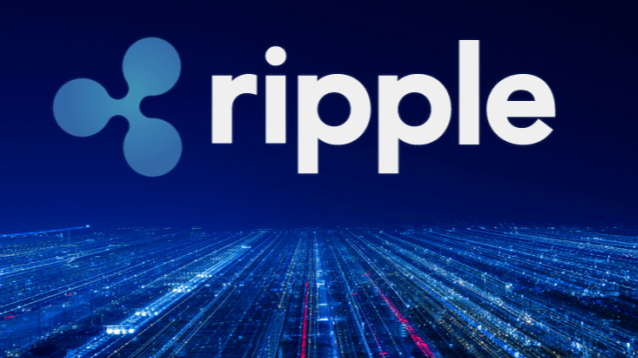 What Is Ripple? - Beginner's Guide

Unlike most Cryptocurrencies that want to completely reform the current financial system, Ripple aims to work with it and act as a bridge to unite financial institutions together. Ripple was created in 2012 and aims to create a global network of financial institutions and banks with lightning speed transactions. They want to do this by helping closed off financial networks such as banks, credit card companies, and other financial institutions (i.e Paypal, Etc.) These organizations tend to restrict the flow of money with high fees, currency exchange charges, and processing delays. Ripple’s goal is to unite these institutions on one global network and calls this proposed network the “Internet of Value”, which is essentially a way for money to move as quickly as information does. Their blockchain software, “RippleNet” makes this vision possible as it lowers the cost of international payments and enables lightning-fast transactions. While the network’s infrastructure is extremely valuable for large corporations, it doesn’t offer much to the average consumer. Ripple is looking to revolutionize how money moves around the world on a much larger scale. Currently, roughly $155 trillion moves across borders every year. These transactions have usually have high fees and take days to process. Ripple wants to provide a solution to these problems by improving the current system making transactions faster, cheaper and more reliable. Several large financial institutions are already members of the Ripple network and the size of the network continues to increase regularly. Santander, Reisebank and American Express are just a few examples of major financial players using the Ripple network.

What Does Ripple Do?

Currently, our global banking system experiences its fair share of issues when making international financial transactions. We see this when we attempt to transfer funds to parties in other countries, as these transactions can take anywhere between 3 to 5 business days. Banks also actually face a lot of problems with these types of transactions, since these transactions go through multiple middlemen. There are high failure rates, the process is costly and slow, and there is no coherent global network or structure for these transactions.

Ripple’s vision is to make this process much simpler and efficient by using blockchain technology and its own cryptocurrency (XRP). Ripple’s blockchain is currently one of the fastest in the world of crypto, with a transaction speed of only 4 seconds. The XRP ledger can also handle more than 1500 transactions per second. This ledger is an open-source product created by Ripple and Banks can use XRP to create liquidity in real-time. Payment providers can also use XRP to expand reach into new markets, provide faster payment settlements, and lower foreign exchange costs.

How Does Ripple Work?

RippleNet is a network based on a set of rules known as the Ripple Transaction Protocol (RTXP). This network consists of computers, known as validators, that are spread globally and maintain a shared ledger which shows who owns what. These validators make sure every transaction sent through the network follows the RTXP rules. Anyone can run a validator and help maintain the Ripple network, much like how anyone can run a node to maintain the Bitcoin network. Companies who want access to the Ripple network can use gateways. A gateway is essentially a digital portal that governments, companies, and financial institutions use to join the Ripple network. These gateways, which are usually run by banks, act as entry points to Ripple for people outside the network. It’s the same idea as going to a bank or a credit company to gain access to the banking system. Once another government, company, or financial institution joins RippleNet, it can transact with other gateways at a much faster speed and a fraction of the cost.

Many people are unaware that Ripple is not just one entity or cryptocurrency as it consists of three different products: xCurrent, xVia, and On-Demand Liquidity;

xCurrent: This is the platform’s primary product and is the software that most industries are partnering with and using. Currently, xCurrent does not require XRP (Ripple’s native cryptocurrency).

xVia: This is Ripple’s latest product, xVia is a payments interface and suite of APIs. Like xCurrent, xVia also currently does not use XRP.

On-Demand Liquidity: This is Ripple’s product that uses XRP. A summary of On-Demand Liquidity is that it’s a “liquidity solution”. XRP is a digital asset that provides source liquidity to payment providers, market makers, and banks. For example; Bank A wants to send Bank B $1,000,000. Instead of sending the money around, Bank A will buy an amount of XRP that’s worth $1,000,000 and send this to Bank B’s institutional Ripple wallet. Bank B will then convert this to the currency they operate in and the transaction is settled within minutes. Banks will not have to buy and sell XRP on an exchange, as they will have private access to Ripple’s transaction network. The transaction costs for these exchanges are extremely low and will be paid with XRP. This is done by destroying a very small percentage of the XRP sent and received. This means that the cryptocurrency is subject to deflation, as there are less and less total coins with every transaction conducted.

The Team Behind the Ripple Network

The Ripple management team is quite impressive as they have years of experience in multiple industries, mainly focused on FinTech and the financial sector. Ripple’s CEO, Brad Garlinghouse has worked at Yahoo as the SVP of communications, filled several board positions and was the CEO of Hightail. Their global head of strategic accounts, Marcus Treacher, used to be on the board of SWIFT, the market leader in the financial industry which Ripple is trying to penetrate and compete against. Ripple currently also has over has 350 employees across 8 locations, making it one of the largest blockchain employers. Ripple’s large team, sound funding, and highly skilled leadership give confidence to its sound vision and long term future.

The Ripple network is impressive and expanding as they offer businesses an alternative to the banking system in the form of this “Internet of value”. Ripple products On-Demand Liquidity, xVia and xCurrent can help improve companies by optimizing their current methods for transferring money. The current global payments industry is extremely outdated and has major room for improvement. We can stream and download movies or television shows on our phones in the middle of nowhere. Yet, sending money to a relative in a distant country requires high fees and slow processing times. Currently, it seems Ripple Labs are slowly advancing towards their goal of adding more banks and financial players to their system. Ripple is one of the few legitimate viable competitors to the old guard financial system, and it could play a major role in how money moves around the planet in the distant future. XRP is currently the third-highest cryptocurrency based on its market cap and has always maintained a strong position in the market over the years. XRP is being traded on hundreds of exchanges and is available for purchase on platforms such as Binance and Kucoin via their Fiat gateways.