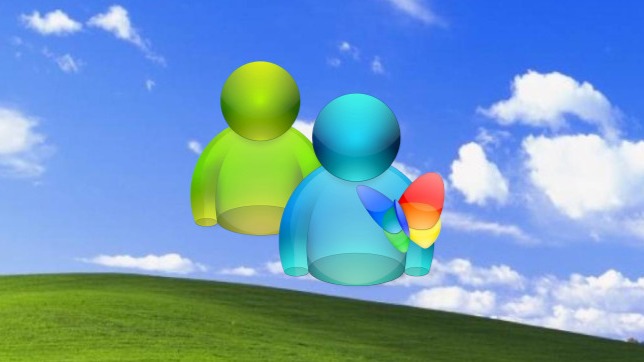 Remember the history of MSN Messenger

If you lived in the 90s and 2000s, you certainly used MSN Messenger or Windows Live Messenger. An instant messaging communication that was very successful and marked an entire generation.

So hold on to your chair and remember a little about the history of MSN Messenger, the most loved communicator of all time.

The year was 1999 and in the world of technology companies were competing to stand out in the market that was beginning to become popular, the internet.

At that time, AOL stood out with its instant communication service AIM and ICQ was the darling of most people. It was in this scenario that Microsoft decided to compete and launched MSN Messenger.

Since the first version was officially released on July 22, 1999, it contained few resources but had a very cool function, accessing AOL's messenger network, however the company soon discovered and blocked access via MSN. 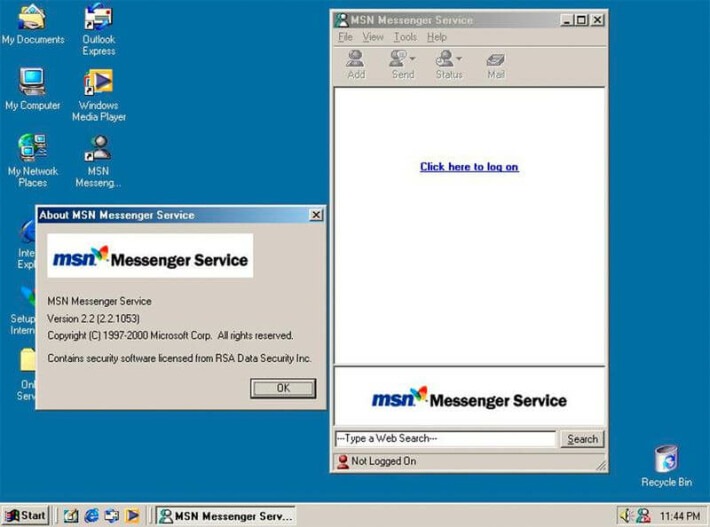 However its launch was not those things, Microsoft software took a long time to leverage and it was only to attract the attention of the world in 2001. Because that year he received an update that brought a renewed interface and the possibility of voice conversation.

A curiosity is that this version was released in conjunction with Windows XP which included a more simplified version of MSN Messenger in its standard installation, this simplified version did not last long and was soon discontinued, keeping only the full version as the main one.

The 2000s and the MSN Messenger revolution

As time passed, MSN Messenger was adopted in the daily lives of thousands of people, reaching in 2002 the mark of 75 million users.

This was only possible due to a series of improvements applied to the messenger such as, file transfer, login using the Hotmail account and even Plugins.

In 2003 it became more customizable, presenting the possibility of having new avatars, changing the background color and many emoticons, many ..

In addition, it brought the possibility of conducting video chats using the webcam and even customizing your emoticons.

Certainly these new features made more users join the instant communication platform at the time.

In 2005, a novelty much loved by all was presented, the Winks, those giant emoticons that took over the entire computer screen.

You will probably remember some like the laugh, the kiss or even a little pig. Good times, isn't it? 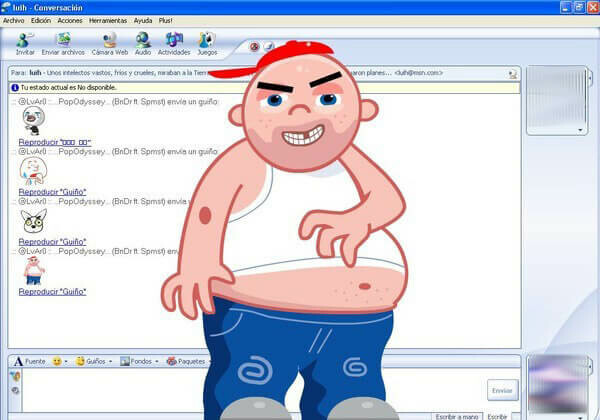 To make you miss those moments, we separated a video in which the user compiled some of the most famous MSN Winks. So you can remember these nostalgic emoticons.

The beginning of the MSN fever

Whether to play online, to chat with friends and family or even to "date" MSN has become a fever. Microsoft started investing in advertising and this has generated results.

However, some very cool features were added to the platform, such as customizing its status which previously was just those standards such as: "Available", "Busy" among others.

In 2008 Microsoft introduced the possibility of creating groups of conversations, this was certainly a very useful thing because it made it possible to gather all the people in a single conversation window.

Soon the platform also made it possible to “get the attention” of your friends, it was as if it were an alert sent that emitted a sound and the user's screen trembled.

However, there was a certain filter that made it impossible to send many calls for attention, however soon the crowd discovered how to circumvent this and a lot created chaos by sending dozens of calls of attention that in some cases even crashed friends' computers.

In addition to these functions, MSN presented a new possibility, playing with your friends, there were card games, checkers, minefields and other games.

Clearly the role of playing with your friend was a very attractive thing that made people spend hours on the platform, talking and playing. 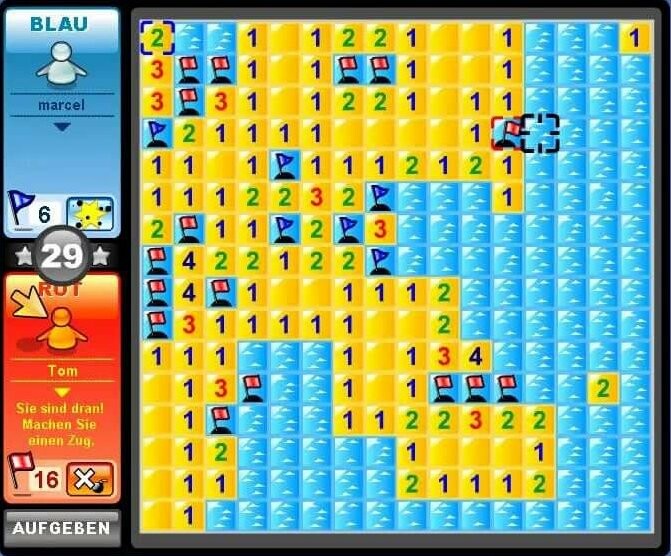 In 2009 MSN Messenger even with some changes that Microsoft has made over the years in the name of the software.

Such as changing it to Windows Live Messenger and adding it to the Windows Live Essentials installation package, the messenger had about 300 million monthly users.

However many users started to complain about the changes made and some say that it has been losing its popularity due to these changes.

The end of a successful era

Unfortunately everything has a beginning and an end and with MSN Messenger it was no different, as something that occurred in 2011 would change the direction of the software.

It was in that year that Microsoft acquired Skype, that is the famous communicator of messages in text and video that you probably use nowadays.

As the story of MSN Messenger was about to be completed in 2012, Microsoft announced that it would unite the two services. 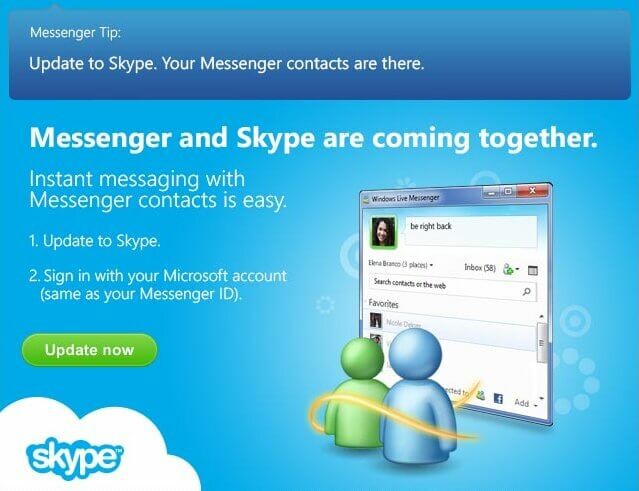 In 2013 the company informed that it would be discontinuing MSN Messenger and would keep only Skype. Thus, the end of more than a decade of success.

The end of the MSN Messenger story really came on October 31, 2014 when it was actually shut down entirely worldwide.

Its marked history of innovation has left a mark in people's lives and certainly brings good memories and a lot of nostalgia.