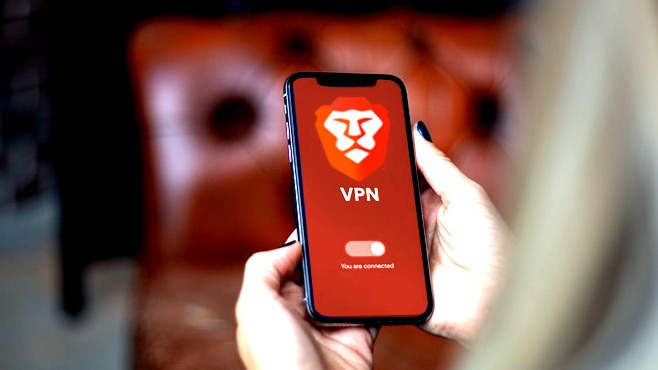 The company responsible for Brave Browser, entered into a partnership with Guardian, a well-known company that provides VPN solutions for iOS users.

As a result of this partnership, Brave launched on the market for iOS users the possibility of using a VPN and Firewall service directly in the browser.

Although the functionality is enabled in the browser, it expands for use in other applications of the user's smartphone.

According to the official statement, Brave VPN and Firewall aims to deliver an even higher degree of protection during navigation.

Since this protection goes beyond simply masking the user's IP address or location, it also enables the complete blocking of trackers, advertisements and encrypts all browsing traffic.

Due to this partnership, once the user activates the VPN service he connects to Guardian's servers, which becomes responsible for encrypting and protecting the user's browsing.

If you already use Brave on the desktop, you have probably noticed that it has a navigation integration with TOR.

However, in the case of the VPN and Firewall service launched for iOS users, the functionality is paid for monthly or annual plans. 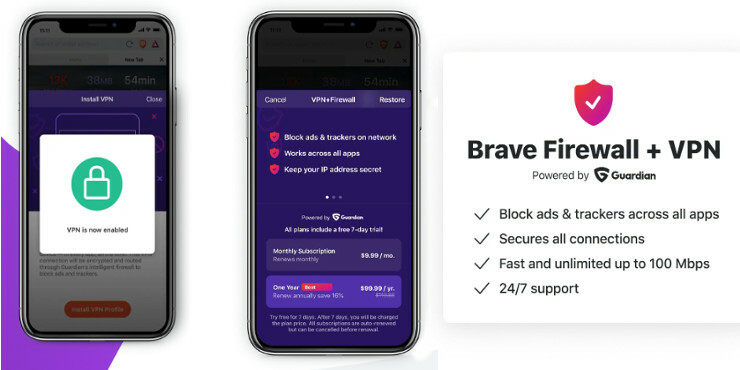 Also according to a statement, the Brave VPN service does not need to store any user information.

A form of authentication has been developed that uses App Store aliases to allow access to contracted VPN.

The application uses EAP (Extensible Authentication Protocol) protocol identifiers to connect to VPN servers. Due to this configuration, both Brave and Guardian do not need to “know” a user's identity in order for them to connect to the VPN.

If you are interested in the novelty, it is initially available for iOS users.

So you must first download the browser on your iPhone or iPad to have access to this new feature.

It is worth remembering that Brave is not the first browser to launch such a feature, as Mozilla also recently launched a very similar VPN service.

If you are not an iOS user, you should wait because the company has not yet disclosed when the service will be expanded to Android and the Desktop version of the browser. 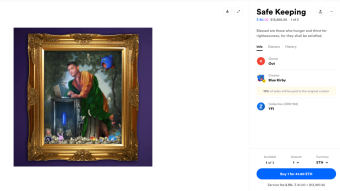 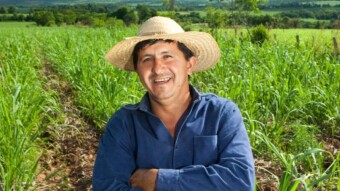