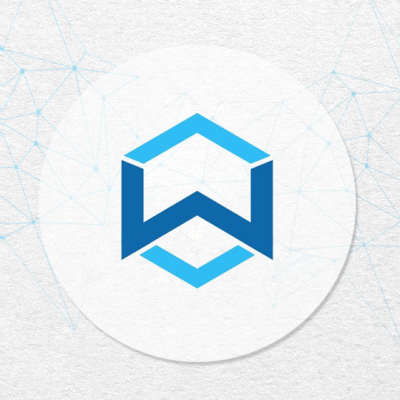 Wanchain (WAN) is a blockchain platform founded in 2017 by Jack Lu and Dustin Byington, who are also the founders of projects Factom and Tendermint respectively. Wanchain is viewed by the team as a bridge in the currently disparate decentralized financial world.

The network makes use of a number of features to distinguish itself from other projects with a similar goal, these being cross-chain functionality and private transactions through the Ring Confidential Transactions technique.

Calling itself the most advanced blockchain interoperability hub, the Wanchain team is working on connecting isolated public and private blockchains. The team has listed 4 major use cases for this concept: cross-chain decentralized exchanges, cross-chain mobile payments, connected enterprise blockchains and decentralized financial applications.

Wanchain has established several partnerships to expedite the process of different chains working together. Partners include PundiX, MakerDAO, ICON and Aion, the latter two and Wanchain being members of the Blockchain Interoperability Alliance.

At the end of 2018, Wanchain published their agenda for 2019, which included a proof of concept for a Proof-of-Stake algorithm and alpha testing for it, upgrades to the wallet, more ERC20 token integrations, multi-asset wallets, the live launch of the PoS algorithm and the launch of Wanchain 4.0.

The team completed several of these objectives in 2019. Most recently, the team completed the switch to the PoS algorithm. The team also released mobile, desktop and offline wallets. As for Wanchain 4.0, it is expected by the end of the year. Also worth mentioning is the focus on ecosystem development, and the project has made much progress on that front, as a slew of releases on the official blog will attest to.

How to use the ZOO Cross-chain Swap

This quick access guide will help you navigate the process of cross-chain transferring your $ZOO Tokens between chains using the Swap function.   1) Head over to https://bridge.zoo.one then click on MetaMask. You can also use Walletconne...

As previously announced, $ZOO token farming started on the Avalanche network today. Below are a few details you may want to consider in order to optimize your overall farming experience. As a reminder, the ZooKeeper dApp has been live on Avalanche s...

It’s not a secret in Blockchain: everyone loves the burn. Whether all at once or in small chunks, it is always good to have burning mechanics in place. Today ZooKeeper achieved another impressive milestone with 1 Million ZOO burned! This can be achie...

This month’s new community-voted, wanBTC-rewarded Safari staking pool is now open on the ZooKeeper platform. Users can stake their $ZOO tokens to earn $wanBTC rewards over a duration of four weeks. Rewards can be claimed at any time, there is no...

How to trade Wanchain (WAN)?

Wanchain (WAN) is a kind of bank in the world of digital money. Asset exchange, transfer of funds and lending – everything that was previously the prerogative of banks can be obtained on this decentralized platform. Let’s take a look at the projects’...

THE WANCHAIN INTEROPERABILITY AND ITS IMPLICATION FOR AFRICA

Africa is a continent with largely underdeveloped sectors with huge potentials for growth and improvements. Bedeviled with a myriad of institutional bottlenecks and corruption, individual and corporate growths are not easy to come. The problem of A...

Here is a recap of the AMA we did on the Kriptobi channel for the people who missed it. Could you explain the concept of your platform? Zookeeper provides a dual farming experience while embracing the popular crypto trend of NFTs. The project comple...

The Wanchain Foundation today announces that Litecoin is now fully integrated into its cross-chain infrastructure. Wanchain, the decentralised blockchain interoperability solution that connects the world’s isolated blockchain networks, is the only de...