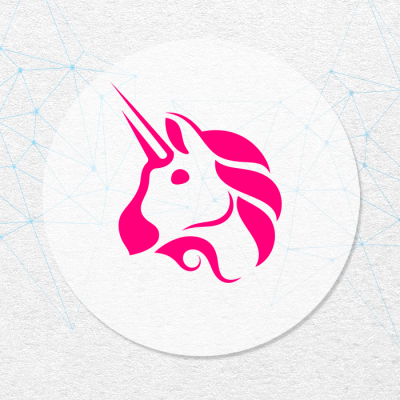 I already made $20.80 on ReviewHunt since the Relaunch. It's super super good, and working - but what to do with the tokens? Until today it was only tradeable on some obscure KYC Korean exchange, but this has changed now. Someone started a DEX based...

Source   I had first heard of Uniswap (a novel take on the decentralised exchange (DEX) based on the Ethereum blockchain) on a podcast of Unchained where the host Laura Shen interviewed the developer of Uniswap (Hayden Adams) about the project. At t...

How To Use Uniswap.io (featuring Unibright $UBT)

Uniswap.io a decentralised exchange where you can swap any ERC20 token for Ethereum or other ERC20. Or vice versa. Using Liquidity Pools. It is available worldwide and has no KYC restrictions at present.   How it works Uniswap is made up of a series...

"Use this magical internet money of ours", they said, "you can use it in every place you visit in this world" (as long as it provides internet access). That's a great vision of what Cryptocurrencies might achieve in real life one day. Cryptocurrencie...

Uniswap may be be facing a huge tax bill for the airdrop took place from September 2020, until May 2021 - totaling at least $370M in withheld taxation, plus at least $170M in fines. This may come on top of the result of the SEC ongoing investigation....

Sommelier, the finest Wine in your Cellar?

Hello everyone, I just had some wine Bottles.... Uhhm I mean.. $SOMM Tokens in my wallet from an airdrop of this project I didn't know anything about. So I went to the Cellars and looked at my Bottles and Infographics to bring you some good Informati...

Few Words About SOY Finance Backed by the most experienced crypto-security experts, SOY Finance is a DeFi platform for easy and safe trading. Newbies and casuals alike will appreciate the intuitive technologies such as the “1-Click Swap”, while...

Not every token that makes it into your wallet is there to make you a bit more rich, in fact in some cases quite the opposite. This was literally the case during 23rd of July 2021 when thousands of Etherum Wallet addresses were airdropped with a bran...

The Uniswap Token Is Now the 8th Most Popular Cryptocurrency

The rise of the world’s most popular decentralized exchange (DEX) Uniswap (UNI) has been turning heads in the decentralized finance (DeFi) market. The UNI token traded at $34.00 with a daily trading volume of $1.5 billion and saw a rise up to 45.7% f...

When community members work hand in hand bringing liquidity to the native token $TLOS, would you like to belong in this team? What's stopping someone in bringing their assets invested on the top 10 coin listing to the ones emerging nowadays? Getting...