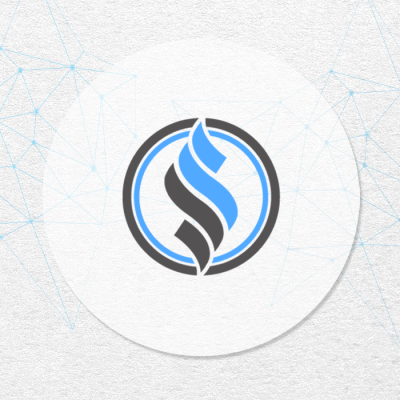 Spectrecoin (XSPEC) is a privacy focused cryptocurrency that uses ring signatures and stealth addresses, via stealth addresses, to anonymize transactions. The project, launched in 2016, is a not-for-profit entity based in United Kingdom. The project is overseen by the Spectrecoin Development Fund, which has four members. Current board member Eirik Korsell is the project’s founder.

Research and development in the privacy token space has been growing, as it is coming to be learnt that Bitcoin is not as private as initially believed. Spectrecoin (XSPEC) is one of many privacy tokens in the market, many of which use other privacy preserving solutions to hide sender and recipient identities, and transaction amounts. As is increasingly the case with privacy focused networks, Spectre allows users to make both public and private transactions.

Spectrecoin (XSPEC) achieves privacy through its use of ring signatures, which pools transactions together to obfuscate the origin, and stealth addresses, which are essentially disposable addresses. Spectrecoin is much newer among them and attempts to justify its worth through its energy efficient consensus algorithm, among other features.

The consensus algorithm is a key aspect of the project. This “Proof-of-Anonymous Stake” algorithm lets users remain fully anonymous while staking coins. The network also has TOR+OBFS4 integration, adding a further layer of privacy by routing traffic across the TOR network. One other noteworthy feature is that the network a dual coin system, one each for private and public transactions. XSPEC is the public token, while SPECTRE is the private one.

Welcome to the July 2020 newsletter! We are still super excited about the upcoming brand evolution of Spectrecoin. Naturally, over the last month, the majority of the work has been around branding and marketing. The newsletter this month, therefore,...

Time to step up and take this opportunity to join an exciting privacy project! I’m sure most of you have heard that Spectrecoin is re-branding, with an appropriate marketing campaign to follow. With our marketing partner, we are now asking the whole...

Welcome to the June 2020 newsletter! We are super excited to announce that we have finally agreed on a new name for the upcoming brand evolution of Spectrecoin. We are also making some serious progress on getting the full mobile wallet completed and...

Welcome to the May 2020 newsletter! We have some exciting news and updates this time. We have just released Spectrecoin 4.2 with a range of important upgrades. This is the first major release since October 2019 and a lot of work has gone into maki...

Spectrecoin has just been listed on Argentinian exchange SouthXchange with a BTC trading pair. https://www.southxchange.com/Market/Book/XSPEC/BTC This exchange has been trading steady since 2015 and according to local regulations, there is no requir...

Many projects that hyped big in 2017 have since been left dead. Some of these saw immense marketcaps in the hundreds of millions of dollars, and are now sitting as useless ERC20 tokens in people’s wallets. Bags that people spent tens of thousands of...

Spectrecoin is a privacy crypto project with some unique features. Spectrecoin use ring-signatures like Monero for example as one of the privacy enhancing features. This provides plausible deniability through the use of decoys in transactions. Howeve...

Welcome to the November 2019 newsletter. We have been working hard to understand the changing cryptocurrency landscape and the upcoming, very tough, regulations that will be imposed on cryptocurrency businesses. Both exchanges, custodians, wallet pro...

(IJCH) Improving Proof of Work WITHOUT Off-Chain Solutions - Part II: SPECTRE (or How to Solve Protocol Based Limitations WITHOUT Leaving the Main Chain)

Source (Base Source) Click here for Part I of this Trilogy "(IJCH) An Insultingly Brief Discussion about Why the GHOST Protocol was Created (or How to make use of the Proof of Work Outcasts)" IJCH - Inside JaiChai's Head (meaning: My warped, person...