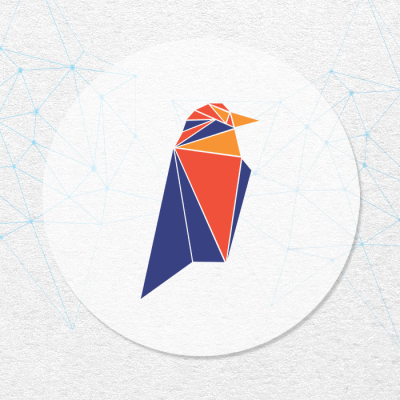 Ravencoin (RVN) is a blockchain platform that facilitates the transfer of real world assets between users. Founded in 2017 by a group of individuals, the Ravencoin platform is less focused on digital payments like many other coins, instead focusing on giving users the capacity to transfer different kinds of assets.

Ravencoin is a fork of Bitcoin code, and gives more options when it comes to launching one’s own token. The team makes a point of describing how Ravencoin is different from Bitcoin, and the resulting advantages. The network randomizes the use of 16 different mining algorithms to prevent mining centralization through the over-reliance on ASICs. Block times are one minute, as opposed to Bitcoin’s 10 minutes. This makes it easier for anyone to mine it.

Users can create assets on the network, for which some RVN tokens will have to be burnt, and there are a range of customization options available, such as whether further tokens can be issued.

Ravencoin does not possess a dedicated development team. Rather, it relies on some core developers and the community to flesh out its platform. Current development efforts focus on a rewards system that pays assets holders in RVN, a messaging system and a voting system. Recent progress includes allowing for unique assets to be created and ASIC resistance.

With Ethereum mining eventually being replaced by Proof-Of-Stake miners need a new coin to move over to. Ravencoin is the next profitable option and having a place to store your coins is important. Paper wallets can be a good option because they are...

Mining was a passion of mine when Bitcoin was first on the scene. I liked the idea and the whole playing with mining was neat. It started off with my ex-husband operating his rig and me mining, modifying, and tuning my own rig. The coins weren't wort...

Despite the correction that has been ongoing since Feb. 21, the month of February has been generally bullish for the cryptocurrency industry, with a number of coins reaching new all-time highs. From the very well-known BNB to much smaller project...

In this article, I take a look at the seven altcoins that have increased the most over the past seven days and do a quick Technical analysis about each project. I decided to pick in the top 100 marketcaps for this as there are always new projects p...

I personally started mining Ravencoin(rvn) after seeing it bitfly as one of the new mining pools but since then the amount of people joining the Ravencoin(rvn) chat servers and communities has increased tremendously. The leading cause of this new fou...

I switched from Ethereum to Ravencoin mining

Today is the anniversary of RAvencoin. The American cryptocurrency is 3 years old today since its first block was mined. Ravencoin is a Fork of Bitcoin that seems to be in oblivion but has never lost hope of making a dent in the Top 10 of the most tr...

How to Install Raven Core and Setup a Raven Coin Wallet

Ravencoin is a fork of Bitcoin specifically designed for making the transfer of assets as efficient as possible. It's also one of a few coins (like Monero) designed to be ASIC-resistant, so that anyone can mine it on their own computers without havin...