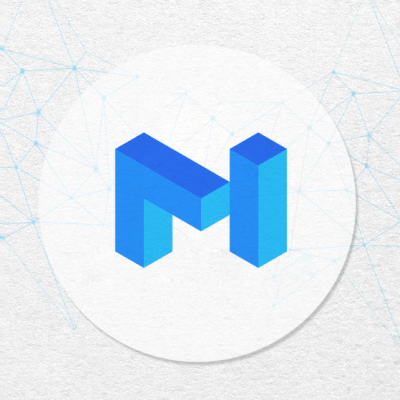 The Matic Network (MATIC) project is building a scalable blockchain network that offers instantaneous transactions through a variation of the Plasma scaling solution.

Founded in 2017 by Jaynti Kanani, Sandeep Nailwal and Anurag Arjun, the platform was originally conceived as a result of Kanani’s efforts on a side project that required a large scale of microtransactions. Along with Nailwal and Arjun, the founding team began tinkering with the Plasma architecture after quickly realizing implementations of Plasma had both usability and scalability issues, which spurred the team to develop their own scalable blockchain architecture.

The scalability issues that Ethereum has faced with large scale use of decentralized apps like CryptoKitties has spurred many projects to develop solutions that could accommodate a large number of simultaneous transactions in preparation for a future time when dapps are the norm. Matic Network is specifically targeting the problems of block time confirmations, high transaction fees and user experience.

The team is overcome these obstacles by modifying the much talked about Plasma architecture, a scalability solution that was first theorized by Joseph Poon and Vitalik Buterin in 2017. Matic Network’s own architecture is a variation of this. Plasma is an off-chain solution that is being reviewed and developed on by multiple projects. The architecture uses a Proof-of-Stake checkpoint system to periodically push transactions to the main chain. The team says that this should allow a single Matic sidechain to achieve 216 transactions per block.

Matic Network has a working Ethereum implementation on the Kovan testnet, and has launched an alpha version on the mainnet. Users can also deposit and withdraw ERC-20 assets using the Plasma implementation. Current development efforts focus on a beta version of the mainnet, Plasma-based asset swaps and generic smart contract support, all of which is expected in Q3 2019. A full mainnet release is expected in Q4 2019 or Q1 2020.

Hey guys :) I’m back with another comprehensive Q&A piece, this time for the innovative blockchain project bringing scalability to the Ethereum blockchain – Matic (MATIC). Matic Network describes itself as a layer 2 scaling solution for Ethereum and...

Hi friends hope you are doing well today I want to talk about the Matic network, how it is turning bullish and how much the mainnet launch at the end of May can affect the price action of Matic token. As per coinpaprika.com and coinmarketcal.com the...

MATIC has broken out from an important resistance level and could increase rapidly due to the lack of resistance above the current price level. While REN has successfully flipped and important horizontal resistance level, its upside potential s...

Greeting dear readers! In this article, I will try and demonstrate to you as to why I strongly believe that mainstream adoption to blockchain technology and the crypto ecosystem will be achieved through mobile dAPP games, why the whole gaming industr...

Matic Network has impacted the blockchain industry and has gained massive interest since its inception. With its claims to ensure mass adoption level scaling ability, lower costs and stellar security due to the fact that it is built on the Ethereum B...

My weekly routine is to research the cryptocurrency market for coins which I think are showing good FA indicators and few weeks I decided to create my first public post on Publish0x on my ‘coins of the week to monitor’  Now I am not a day trader but...

Every week I lookout for some coins which might be in for some positive price action and thought I would share this with the kind people on Publish0x who might find this interesting.  This is really focussing on short and medium term investment optio...

The last couple of years have seen a surge in the number of new cryptocurrencies making an entry to the crypto space. And one of them is MATIC. It is a completely new blockchain technology designed to create a hassle-free decentralized ecosystem wher...

Matic, a project which has captured the imagination of the blockchain crypto community is only weeks away from its highly anticipated mainnet launch, which is due by the 15th of May 2020. Matic, is anticipated to be a massive project and over the com...

Alternatives With Blockchain Seal To Generate Income In Times Of Coronavirus

In difficult times due to the coronavirus pandemic, there are few solutions that we can consider to try to monetize our time and, therefore, recovers the loss of economic resources due to the obligatory isolation to which millions of people are being...