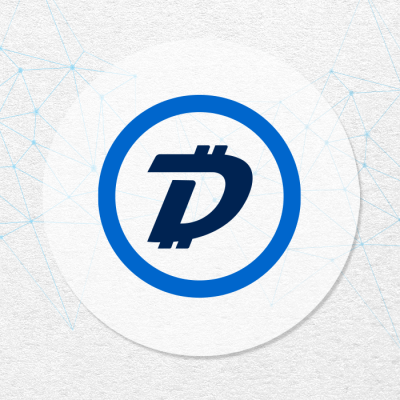 The DigiByte (DBG) is a payments focused project that was launched in 2014 by Jared Tate. In a nod towards Bitcoin, the genesis block of the DigiByte blockchain contains a headline, "USA Today: 10/Jan/2014, Target: Data stolen from up to 110M customers".

DigiByte claims to be faster, more secure and more innovative in several ways than its competitors. The project has undergone several hard forks, each bringing with some significant changes to the network.

One of these hard forks brought about a feature that the projects highlights prominently: the use of five cryptographic algorithms to prevent mining centralization. One of these is Odocrypto, implemented recently in July 2019, which changes itself every 10 days. Two other hard forks brought DigiShield and MultiShield, which the team says protects the network from malicious attacks.

The team has also said that the Internet of Things (IoT) and Artificial Intelligence are two areas of innovation that they will be looking into in the future.

2019 saw two major updates to the project: the release of DigiAssets and the aforementioned Odocrypt hard fork. DigiAssets is a secure second layer protocol that “allows for the decentralized issuance of assets, tokens, smart contracts, digital identities and more.” The belief is that it will help DigiByte become a bigger presence in a variety of industries.

Q3 and Q4 2019 is expected to bring listings on more exchanges, scheduling of mobile payments, the launch of more ICOs and Dapps on the DigiByte blockchain, and browser and messaging applications.

This post was originally published on Tapcrypto.co, visit for more content such as reviews, payment proofs and more. Easter Giveaway has concluded.  Thanks for all the Easter Egg Hunters who took part! Happy Easter all, and happy normal day for all t...

Guarda Wallet Learn & Earn campaign is live since December 24th. What is DigiByte? DigiByte is a truly decentralized UTXO blockchain that was launched in 2014. It is the most decentralized Proof-of-Work-mined blockchain in the world. The DigiByte bl...

Come check out DigiPenny! I made my own DigiByte asset that will always be a penny!   https://digi-broker.com/index.php/assets/?assetid=780#assets

DigiByte (DGB) | Don’t Miss This Chance To Catch The Dip

Click here to create an account on Binance, the best place to buy or sell DGB       Click here to join Tronchain to earn highest ROI and UME token mining Note: the above external link will take you to the tronchain's page, Tron wallet or Tronlink...

When I first moved into my home, the place was in major disrepair. We had an old bathroom that seemed to work fine, but there were pipes hidden in the walls that had problems. When water drained, let's just say it didn't go where it was supposed to!...

A Quick Overview Of Digibyte Project

Digibyte up almost 10% against Bitcoin

I wish I could get my timing right on when to pick up some of these alt coins. Would have been a nice trade to exchange some Bitcoin for Digibyte a few days ago.  That’s why it’s good idea to have some of these coins in case they run while you are aw...

I have introduced several legit ways of earning cryptos thru faucets already. And one thing is certain. All of these faucet sites will transfer your earnings to faucethub.io microwallet hub. I keep repeating myself about faucethub.io, this does not...

First you must register at Faucethub. Then add a wallet at Faucethub. then you can register and earn free DGB with this link. Every 4 hours you can free roll and earn DGB. When you roll, you win 1 lottery ticket.There's a lottery every day. Then you...