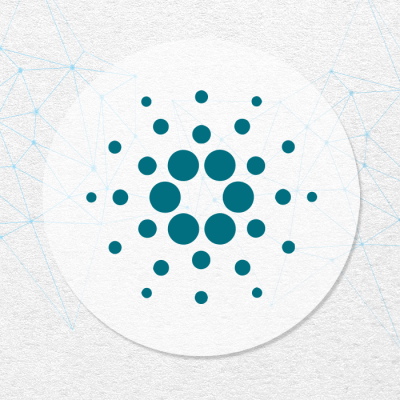 Cardano (ADA) is a cryptocurrency and technological platform created by Charles Hoskinson, co-founder of Ethereum, in 2015. It is a decentralized platform that will be capable of running financial applications currently being used by everyday individuals and businesses. It was designed to tackle the problem of scaling that Ethereum currently faces.

The key feature of Cardano is the sheer amount of due diligence and care that goes into building the project considering that it is watched over by 3 organizations: The Cardano Foundation, the non-profit regulated entity; IOHK, a research and development firm created by Hoskinson to build financial services using blockchain; and Emurgo, a Japanese company that develops and incubates commercial ventures who want to revolutionize their industry using blockchain.

ADA is the cryptocurrency behind the entire Cardano project and is the unit of transfer on the network. The entire project is special because it is built on scientific philosophy and peer-reviewed academic research thus creating High Assurance Code - a higher quality of code compared with non-peer-reviewed code. The Cardano team do not follow a roadmap, instead they follow a set of principles and philosophies that everybody must adhere to. This may create high confidence code, however, this also creates an issue of very long development periods.

In this tag you can discover Cardano (ADA) news, price prediction, opinion and analysis created by users.

The price of Cardano (ADA) has just spiked 15% to reach over $0.051 following the announcement of a partnership with multinational accounting and consultancy firm PricewaterhouseCoopers (PwC). The surge in price has pushed the cryptocurrency into...

OVERVIEW:  Significant efforts are being made to transition Cardano from a science project to an actual commercial product. According to Charles Hoskinson, the CEO of IOHK, heavy efforts are currently underway both at IOHK and at the Cardano Foundat...

The price of Cardano increases 15% on a big partnership with PwC!!!

CEO of IOHK(Charles Hoskinson) — the main development firm behind Cardano — yesterday revealed the partnership's key details in a live stream: Cardano Update 01/27/2020. He said that PwC will consolidate information from IOHK, the Cardano Foundation...

In a report published by the analytical platform Santiment, Blockchain company Cardano has top the list as the busiest 2019 crypto project. The study was compiled using Sanbase and San Data Santiment market and network analytics tools, which evaluate...

Image Source The Cardano network Cardano is a decentralized protocol that works with a blockchain system that allows you to create free applications and formalize smart contracts, in its own Plutus language, for maximum security. The Cardano process...

Reuters, with an article published a few hours ago, reports that the ruling party in Japan intends to propose the issue of a digital state currency; about 70 MPs from the majority party are promoters of the proposal for the launch of a digital Yen. T...

Gemini, the New York cryptocurrency exchange founded in 2014 by the twins Cameron and Tyler Winklevoss, has just completed a type 2 SOC (acronym for Service and Organization Controls) evaluation; the news, even if expressed in somewhat obscure langua...

Up to 1 BTC just by daily login - No Documents Needed

Chinese new year is coming and many exchanges make bonuses. Sadly some of them are hardcore to take part of ie on BitMax you have to reffer people, make them do KYC and then you and referrals (and those who you invite) as a group have chance to win p...

The news was disseminated directly by Charles Hoskinson, co-founder of the project and currently CEO of IOHK (one of the three entities of the triumvirate that guides the platform), during a live streaming on 17 January; the CEO said he was convinced...

In his latest video published on YouTube, Charles Hoskinson, CEO of Cardano, delivered some important updates on the ADA blockchain, including a new partnership with IBM. The video was published on January 17th and explains, among many things, the...