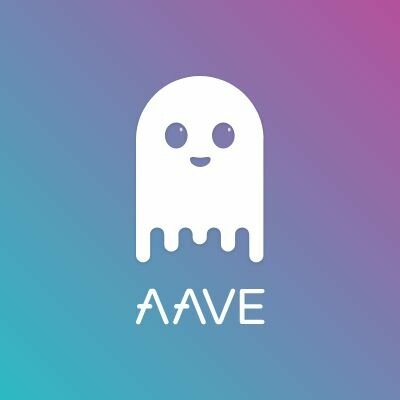 The platform’s native governance token AAVE (previously it was LEND), which also gives its holders discounts on network fees. Compared to other platforms of its kind, Aave has listed a comparatively greater number of assets against which loans can be issued, with a multitude of assets available, including offers on layer 2 Ethereum chains like Polygon. This in combination with its flash loan feature has made it a popular choice for borrowing and has contributed to its quick growth in 2020 and 2021.

The Aave Protocol V2 launched just over a week ago, and has rapidly grown in market size, now reaching over $98M. The V1 → V2 migration tool has not even been released yet (Soon™), so this growth is particularly Aavesome. Last week, there was a gover...

Summary of the top 50 coins

Here I'll summarize and go over the main use cases and how these coins/tokens operate. I did the effort of digging through info to summarize them so you don't have to. But do DYOR if you plan on investing any of these coins/tokens. Top 51-100 coins h...

AAVE x AMPL a Match Made in Heaven

Aave, originally called ETHLend, is considered to be one of the OG’s of the DeFi. It’s one of the top 3 DeFi projects by total value locked and it made it here by pushing the boundaries of what we can do with money, most notably including flash loans...

Bitcoin’s price has been on a roller coaster over the last week. According to the moves of KuCoin’s BTC/USDT trading pair, Bitcoin fell to as low as $28,856 on January 22, and picked up to $33,814 within the following 24 hours. Over the same period,...

How Defi Projects Use Chainlink Oracles

Chainlink is a crypto oracle network introduced in 2017 to provide oracle solutions to the crypto and Defi world. Oracles are tools designed to provide data feeds from the non-blockchain world(off-chain) to the blockchain and smart contract world(on-...

P2P Lending is the Next Big Thing in DeFi. Period.

Before I dig down on Yield, let let me tell you a short story on how once the father of AMMs Kyber Network with VC backing and tons of people in the team were defeated by one-man ran Uniswap.  Together with Bancor, Kyber pioneered the Automated Marke...

Hello Aave Community! Hope your 2021 has been off to a good start! On January 8th we celebrated the 1st birthday of the Aave Protocol with a momentous $3B market size milestone and an epic Aaveversary community call. The first year was an incredible...

After months of work, it’s time for Aave to leave phase 1 and announce a new version of the Aave Protocol. As expected, Aave V2 will continue to push the limits of what is possible with Decentralized Finance. What started as the underdog of DeFi,...

What Does Ethereum's Fail Mean for Other Big Alts?

Unless you've been under a rock, you know about the Ethereum Network's huge scaling fail. Optimism, the temp fix for the temp fix before Ethereum 2.0, was pushed back. It is now coming in July. We have yet to really see any price action in ether base...