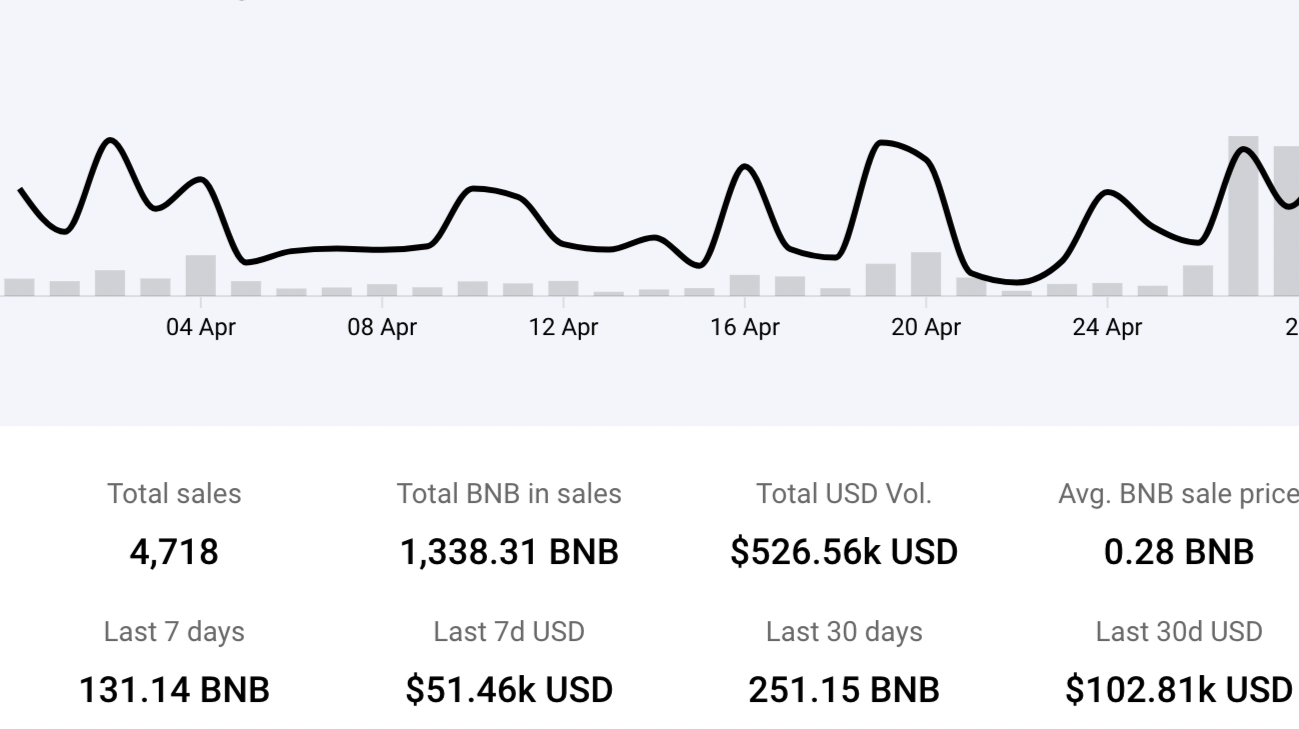 Work has been awful this week, that DegenApes floor !! We need to raise it more but now I guess we are starting on a new foundation instead because now we already build two new floors and they keep on jumping so now it’s going to be a concrete foundation, putting on water heating so they will never be cold on their feet again. 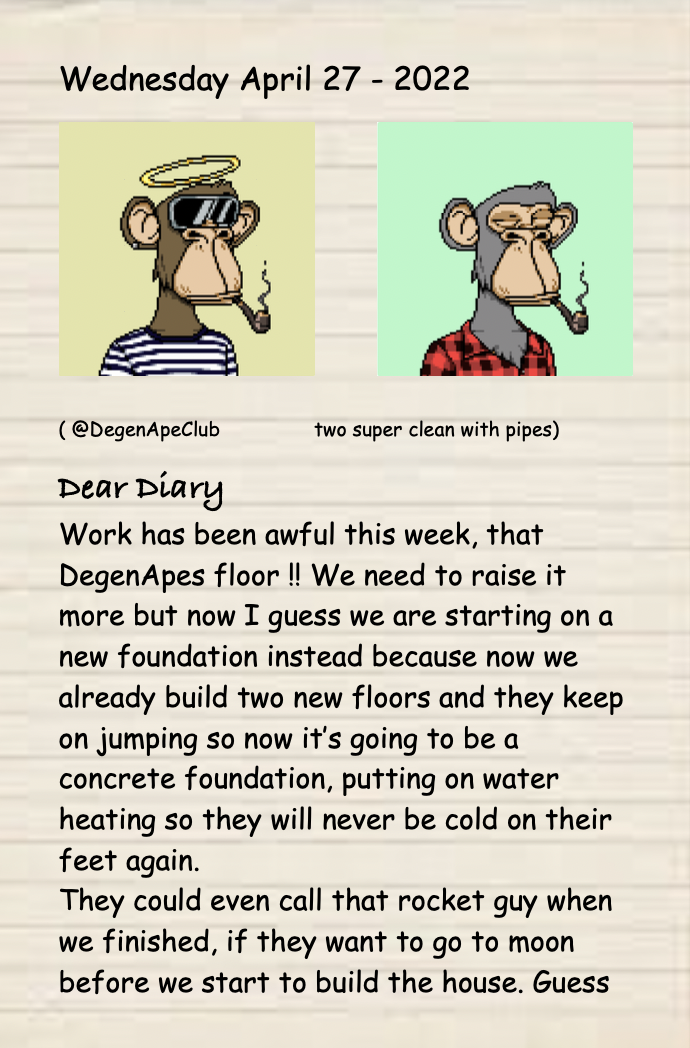 They could even call that rocket guy when we finished, if they want to go to moon before we start to build the house. Guess those rockets would burn down the whole house.

Long time since I been at the club house, been so much and all those green clouds is scary but I can hear the party… 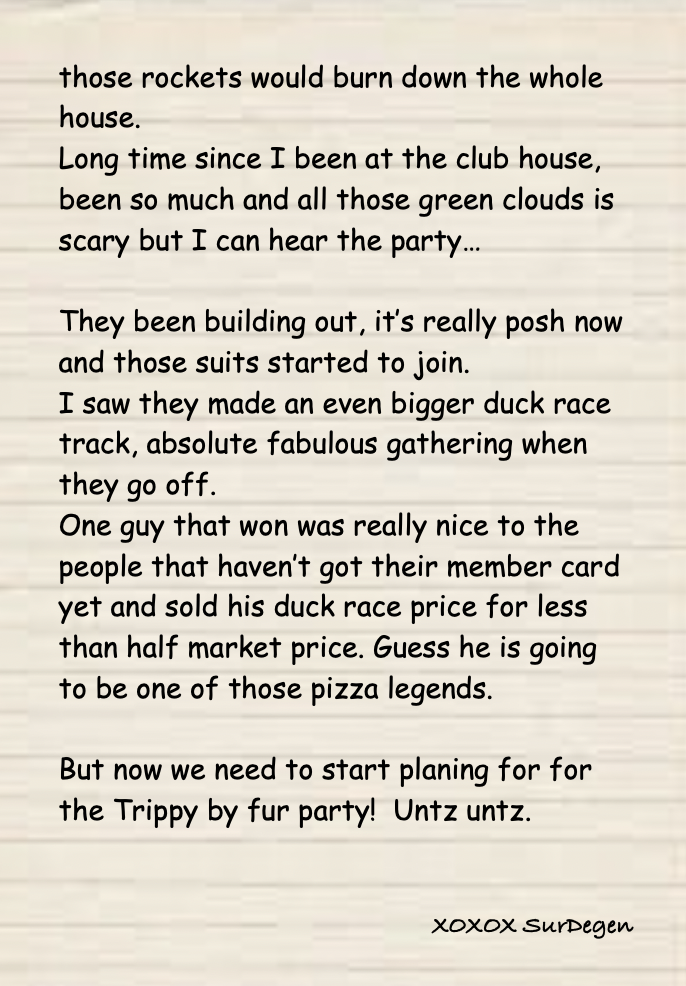 They been building out, it’s really posh now and those suits started to join.

I saw they made an even bigger duck race track, absolute fabulous gathering when they go off.

One guy that won was really nice to the people that haven’t got their member card yet and sold his duck race price for less than half market price. Guess he is going to be one of those pizza legends.

But now we need to start planing for for the Trippy by fur party!  Untz untz.

🍞 I am a DegenApe that lives in Metaverse and write my diary about how I see the world of crypto from my point of view, I ask questions and share my thoughts. I join faucets, givaway, NFT and DEFI.🍞

🍞I act as a newbie, I ask questions and share my thoughts all around crypto and relate to normal things in life combined with normal things in life. I hang around all different spaces and collect giveaways, NFT, faucets and Defi. I live in metaverse and 🍞 Twitter: @SurdegenS Discord: SurDegen #9521