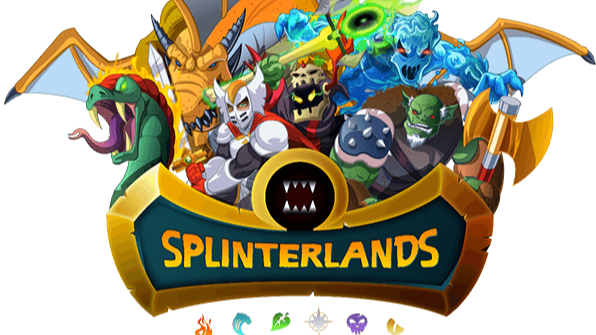 I am going to show off another ORB that I have opened. Do you open orbs at all? they cost around 2400 DEC. 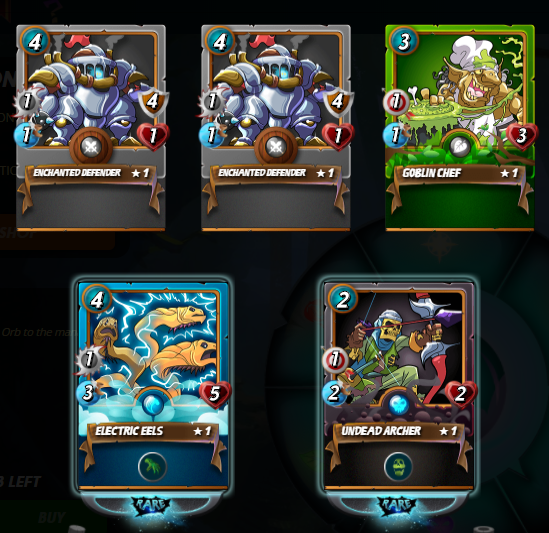 As you can see in this orb I was able to get a nice draw of cards, With 4 mana and 4 armor the ENCHANTED DEFENDER is not a bad card but it is a slow one with only 1 speed and 1 attack.
The GOBLIN CHEF I pulled from the last ORB I had opened as well with 3 mana 4 health no armor and 1 speed it is not a great card.

I was also able to pull 2 rares form one orb, The ELECTRIC EELS has 4 mana and 5 health with 3 speed so that way it is pretty good, it only has one attack so it is not the best attacker, ELECTRIC EELS has an ability called reach "melee creatures with the ability reach may attack form the second position on the team"

The second rare I had got from this ORB was UNDEAD ARCHER, he is 2 mana with 2 health and 3 speed, he is alright low mana creature with the ability affliction "when a monster with affliction hits a target, it has a chance of applying Affliction to the target causing it to be unable to heal"

Blogs on daily rewards and battles