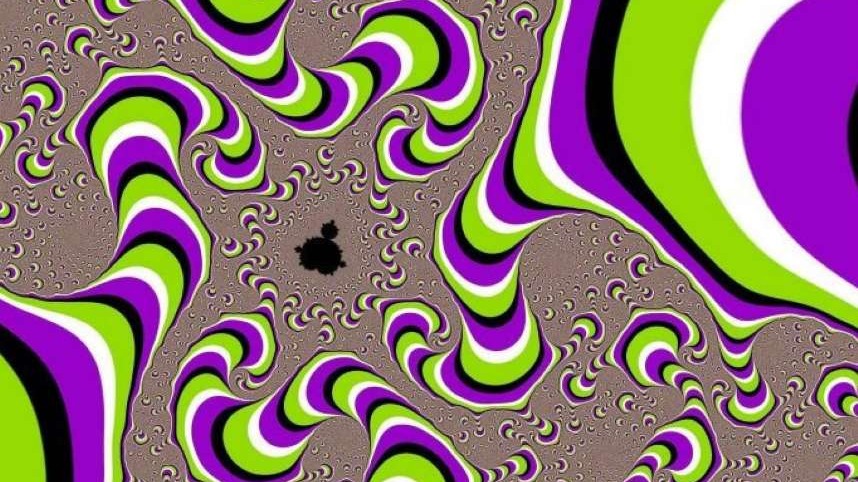 It now seems apparent — even to the SEC, CTFC, EU, World Bank, IMF et al — that crypto not only is here to stay, but further that: a) it really is set to swallow everything and b) they can no longer hope they can kill it or let it die on its own accord. Yay.

The conversation (narrative making, twittersphere) and think-tanking now shifts to discussions of how (and thus no longer: if) to accommodate this new guest in the old homestead. We crypto folk already know the barbarian has not only swamped the gates, the barbarian now has tossed out the old Emperor (even if the old Emperor doesn’t fully realise it yet….). Yay again.

Like George W Bush Jnr, I’m flying onto the aircraft carrier deck in a combat suit/fighter jet and declaring victory on the carrier deck by unfurling a big banner; easy peazy, yeah?

Just like Amazon came along and, after about twenty years of effect, has essentially replaced, disintermediated, relegated, diminished or otherwise forever changed old-world retailers, the challenge now for we pro-crypto Rasputins is to correctly forecast the forwarding pathing: it is not enough now to merely proclaim the new emperor and describe his verbs and nouns, we forecasters must now shift our narrative-making to describe/forecast the precise pathing that the forward curve (turn of events) will trace out hence.

It is easy enough to state that “everything will tokenise” or “the ICO will replace The Firm”. This is equivalent to saying “online retail will replace the strip mall” — nice, correct, reliable, factful, but not detailed enough yet to bet hard coinz on in BitMex. It’s great to tell me the S&P500 goes up ~8% per year on average. 1987 and 2008 show that pathing matters. As Nassim Taleb points out: don’t cross a river if it on average is two feet deep.

Crypto-forecasters and pundits now will best be judged by the pathing they forecast in their missives and despatches. Including me. So declaring that “crypto will prevail” is next to useless now: what matters next/now is how pundits tell you when, just how and in what precise ways. Pathing matters.

VB makes a great point: crypto is about trading off one social thing for another — e.g. pay miners/stakepools to mine/stakehold coinz/reach consensus and receive social consensus (as BFT-enforced money) in return. In other words, crypto is about you and me reaching a commonised (consensual) agreement about how we want to share our resources, by deciding how much of one we are willing to ‘offer up’ to the common pool so that we all generate a derived good that we can then share in the benefits of. It may cost a Serenity network a bunch of bonded Ethers (sunk cost or locked cost) so as to generate a beacon+validator nest of chains, but in return we all get a scalable cryptocurrency/a decentralised/distributed ledger of ‘the truth’.

This kind of ‘offer up your personal goods so as to generate a shared/social good that is more than the sum of its parts’ requires a degree of thinking about altruism: am I better off keeping my own Ethers to myself, or do I benefit more (immediately or eventually, directly or peripherally) by staking/bonding them to the beacon chain? This is almost a textbook game theory Nash equilibria/payoff mechanism — what will each participant view as the optimal (Nash equilibrium) strategy?

Perhaps this has always been the definition of society: our willingness to put up with legal systems, governmental models/nationhood, military/police forces, in return for the benefits of collective residency in towns, cities, nations, unions, etc.

A full-tilt blockchain future means each person now has to decide: do I only/exclusively act selfishly, or do I value and recognise the need to be altruistic? Blockchain, as it comes to predominate everything, may work to force this aspect of its engineroom higher, further and deeper into the forefront. Blockchain may just be a lesson to each of us that the above question is a/the primary one.

Wanna be a doctor? You probably need a ‘medical head’: a mindset/set of mental processes that has (in some sense, arguably) a native predisposition to favour known-beneficial medical thought patterns. Same for lawyer, musician, etc. To benefit from the crypto future, there are probably certain mental loops/processes/biases that best predispose you towards benefitting and being a crypto native. The contra argument is that you don’t need a mechanic’s mindset in order to drive a car. True, but to be a race car driver, the ‘native mindset’ argument perhaps reintroduces itself.

So, to what degree will it be proving true that to be a power user of cryptocurrencies, you need to already have a mind that is pre-wired to understand crypto tropes? Contra: if you don’t have a mind that naturally groks the subtleties and nuances of CBC, BFT, DPOS, will this diminish your future chances in society? Is all future society merely the reflection/aggregation of each person’s rating on the ‘blockchain grokking’ spectrum?

Somewhere around 4 billion years ago, life came into existence on Earth, instantiating the idea of self-replication: perhaps some freak combinational pattern of molecules self-configured in a certain way that we know recognise as being DNA/RNA, which just happens to be a pattern/template that has the characteristic of sufficient self-replication, and thus the ability to transcend time. Perhaps chemicals and molecules back then were combining in trillions of other different patterns (and maybe some of those, given more time, would also have arrived at sustainable self-perpetuating configurations), but like an infinite number of monkeys randomly bashing keys on typewriters, sooner or later one monkey alights on that magic pattern amongst the endless versions and thus reaches the threshold first.

Is it possible that the crypto universe is also going through an analogous (or the exact same) process? Different crypto project teams are trying out various combinations, and we might soon randomly arrive at a ‘stable configuration’ / reach the threshold minima: a cryptocoin that is best able to adapt and thus most fit to survive/replicate into the future, more so than the many other variants, is first to reach the minima point.

Crypto may thus be a technology sent to teach we humans that ancient lesson, all over again: that combination that first achieves/arrives at that ‘viable configuration’ that satisfies the minima conditions (blockchain Eve) is the one that has the evolutionary fitness to perpetuate itself further through time (it becomes the LUA — last universal ancestor), and is thus a lesson to we humans: we must learn to allow this self-discovering Darwinian DNA mechanism to be the method by which we create an environment/incubator that self-identifies / self-arrives at viable outcomes, those that are most fit to survive.

Perhaps crypto is just the latest hint to us that we must learn, as collective societies, to allow Cambrian explosions as the method by which eventual winners self-emerge as most viable. In other words: let a thousand crypto flowers bloom.

There are two concepts that appear often to be mentioned/cited to explain various topics associated to crypto: Schelling points and the Lindy effect. To stretch the reference: a (possible) common aspect to both Lindy and Schelling is the notion that aggregation of individual verifications/choices serves to prove (and/or generate) viability/permanence over time: in other words, if multiple people/choosers have multiple chances over a lifetime to either confirm or defect from a given choice/decision, the fact that a given choice gets re-chosen/re-selected on numerous occasions, by a significant quorum of voters, serves as ‘proof of usefulness/proof of viability/ proof of resilience’. If everyone arrives at the same choice (Schelling) and this happens many times over many participants over multiple time periods (Lindy), then you arrive at (generate thus) a long term survivor.

Schelling and Lindy depend on agents being free to choose, and thus: defect — to change their mind. Iran and North Korea are not examples of Schelling and Lindy — whilst indeed they are large, multi-decade, have been verified and re-verified many times by many participants, you are, however, not free to exit. Bitcoin, and indeed all cryptocoinz, are software: and software is the ultimate example of ‘ease of exit’. Don’t like CP/M? Use DOS. Don’t like DOS? Use Windows. Don’t like Windows? Use Linux. Don’t like Linux? Use macOS. Don’t like macOS? Use Android.

Bitcoin maximalists may think the logic of Schelling and Lindy serve to prove their idea that Bitcoin will retain its lock on all participants who seek to enter the crypto space and thus crowd out all other coinz, which they dismiss all as being shitcoins. Bitcoin maximalists posit that Schelling and Lindy work as arguments exclusively pro-Bitcoin.

Being software, crypto coin projects cannot escape the ‘easy exit’ dynamics that are a fundamental part of the software universe. In this sense, crypto can be viewed to be a proof that software is a significant exemplar of the notion of ease of exit. Fiscal incentives force participants to exit the moment they think their crypto coin will be superseded by a better, more useful, coin project. Don’t like Bitcoin? Fork off to Bitcoin Cash/SV. Don’t like EOS? Fork off to Telos. Exit is a fundamental base aspect of crypto coinz. Schelling and Lindy work for a given cryptocoin as long as participants are free to exit anytime: crypto (being software) is consensual, not coercive. Is Bitcoin true to Satoshi if it is a forced prison — all humans are corralled into the Bitcoin encampment and ‘allowed’ no other choice?

Another way to consider the ‘no single coin will dominate’ argument: if it were true that one single, Lindy-confirmed, Schelling-confirmed, currency was sufficient, then the mass of billions of humans throughout history over the past ten millennia would have converged on gold as this single money/currency, years ago, and no USD, no Euro, no GBP, would have arisen to spite gold.

It may be that in the blockchain/cryptocurrency future, there is no Schelling/Lindy coin that predominates. The future may always be an ‘enforced’ multicoin universe.

Disclaimers:. YMMV. This is not investment advice. I’m ego-driven, clueless and biased, so do your own thinking. I’m not qualified, I have no special privileged position to drive my insight, I’m a nobody, is what you should assume about me and what I say here. 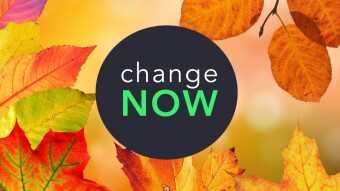 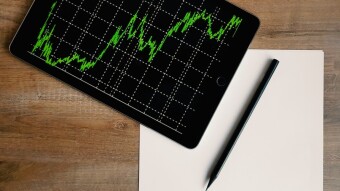