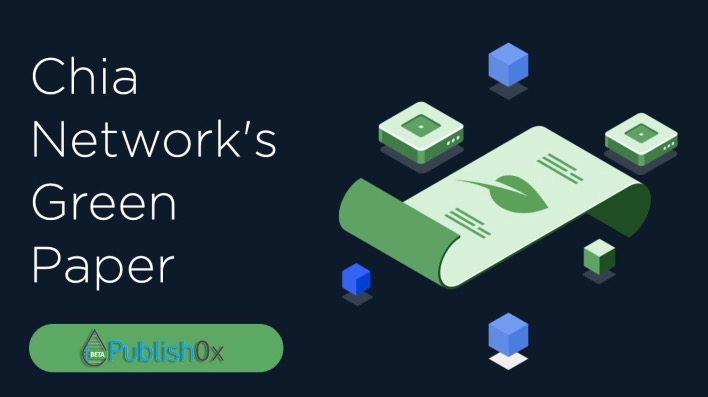 The Chia crypto project from BitTorrent creator Bram Cohen has caused a shortage of hard drives and SSDs around the world. 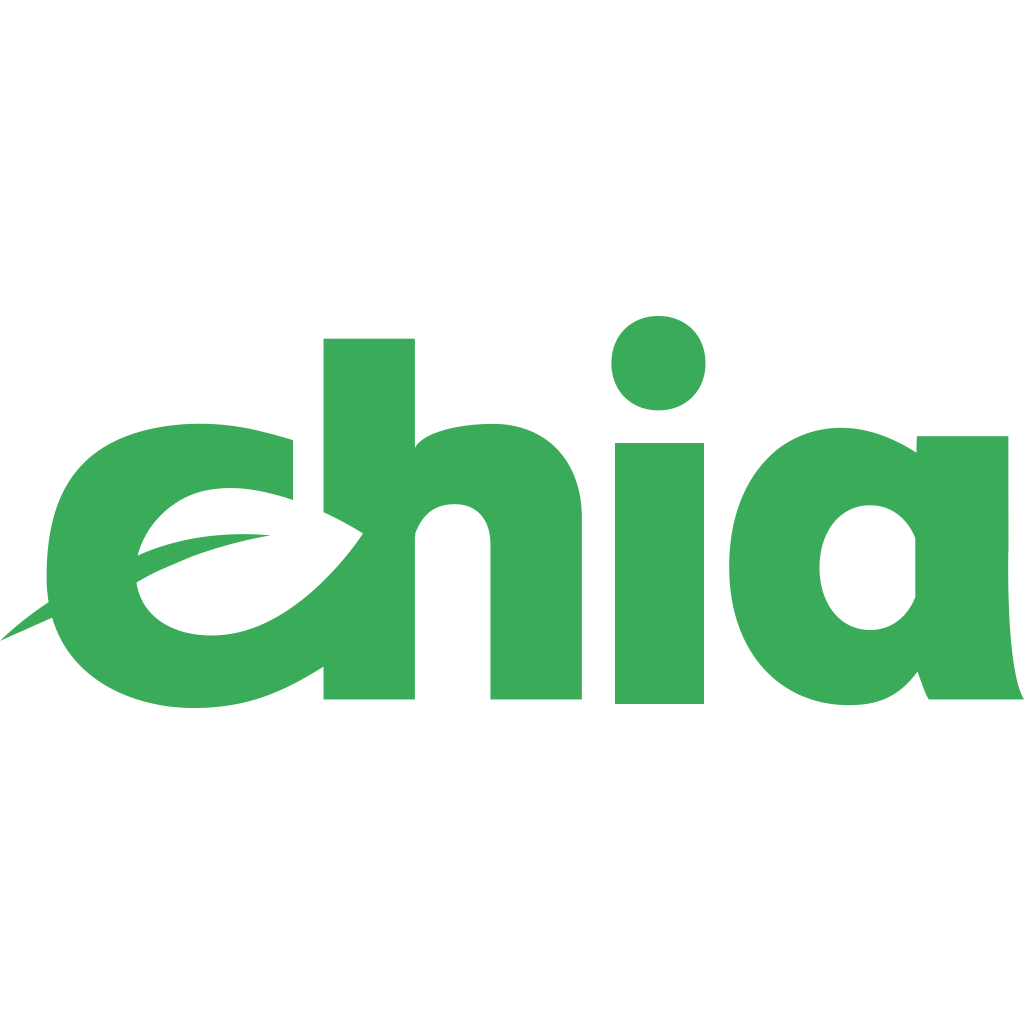 If two weeks ago it was quite possible to buy a large-capacity HDD in the U.S. at the old price, than today the popular Seagate 16Tb HDD costs 2 times more. NVME SSD prices have increased by an average of 50-70%. The most popular SSD model is Intel P3700 1.6TB with a resource of 43 PB and it is not even on sale for any money.

However, buying a used Chia plotting SSD is not worth it. Most likely they have already exhausted their resource, or are very close to it. A regular 1Tb NVME SSD will last no more than a month in this mode. Samsung EVO or even PRO won't save you.

Chia positions itself as “green” compared to Bitcoin. This project doesn't even have a white paper, it's green. But, in fact, it requires a lot of resources, powerful multi-core processors, and ideally, server-class memory with ECC. In addition, during plotting on ordinary hardware, your computer will be so loaded that it will not even be able to play videos on Youtube.

Chia is the ultimate SSD killing machine, creating a raft by overwriting information 10 times on a single disk. If this was not invented by hardware manufacturers, then we can say that they do not have a strategic vision of the business.

Of course, the project is very interesting both from a technical point of view and from the point of view of philosophy and social schizophrenia. The world is becoming more and more unpredictable and illogical.

But the main problem of the project turned out to be in the blockchain security architecture itself. Opportunities to mine a block using Solo mining on ordinary household equipment are becoming more ephemeral every day.

Not only has Chia's network capacity/complexity grown by 25% in the last 96 hours to 1,255 Petabytes, but also small miners with an average disk of 4TB have begun to fall off. At the moment, the calculator shows that the average term for obtaining a block on such equipment is about 2 months and without any guarantees.

Thus, Chia is a “futures” with an incomprehensible expiration date, which is always postponed to a later date.

In the case of Chia, not only the price of the asset is not clear, but also the date is constantly being postponed. Small miners on household computers, having evaluated their chances of success, decided to turn off their equipment and drop out of the race for ghost blocks. In other words, XCH mining is a lottery with casino elements.

At the same time, the prices of XCH futures on the Korean Hotbit exchange began to skyrocket.

But it looks like the Chia hype project is mercilessly killing the SDD and HDD market. Manufacturers of chips for TLC-memory are forced to reconfigure production for the increased demand for SSDs, while the market allows them to be sold at double the mark-up.

In addition to the existing shortage of controller chips, microcircuits, and processors on the market, there is a shortage of memory chips. Apple CEO Tim Cook said he expects problems with the production of some branded Apple gadgets in the near future due to the lack of chips on the market. A similar message was made by the South Korean vendor Samsung - the reason for this is the global shortage of microcircuits.

Chia is a truly destructive project that destroys everything on its path. Yesterday, the only exchange in the world where futures for its coins are traded went down. A post has been hanging on the hotbit.io website since yesterday morning, reporting a cyberattack on the exchange's servers.

The zendesk of the exchange reads: “Hotbit just suffered a serious cyber attack starting around 08:00 PM UTC, April 29,2021, which led to the paralyzation of a number of some basic services. Meanwhile, the attackers also tried to hack into Hotbit’s wallets (However, the attempt was identified and stopped by our risk control system).
In this case, Hotbit team has shut down all services for inspection and restoration immediately, and the overall recovery period is expected to be no less than 7 days.
Please note that all your assets are safe and secure” 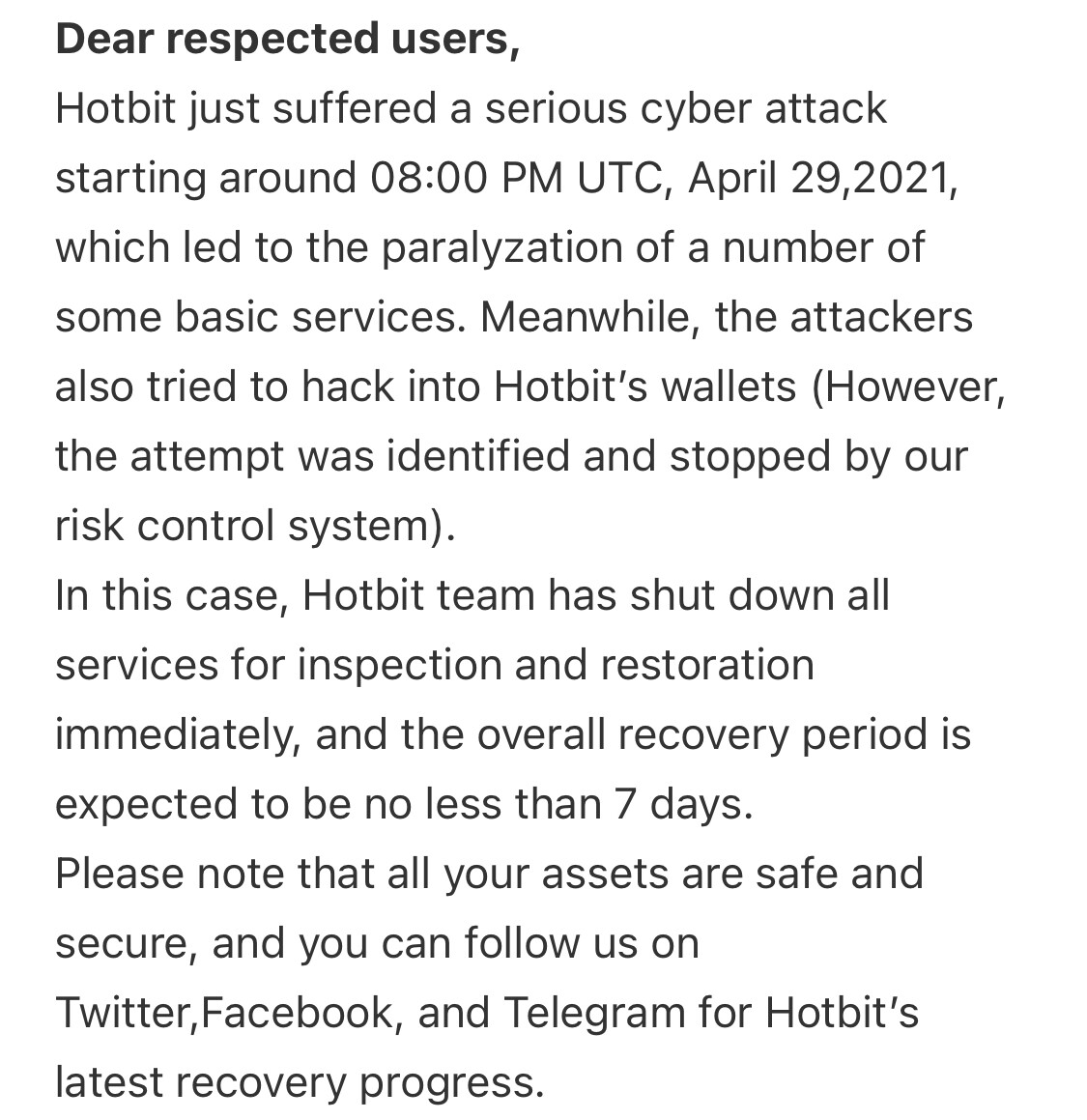 Let's see how events will develop with the launch of XCH on spot exchanges. I would like to hope that it will not be KuCoin or Binance, because there are millions of accounts and a lot of crypto. The idea of losing access to it for 2 weeks will greatly shake the cryptocurrency market and affect the price of Bitcoin.