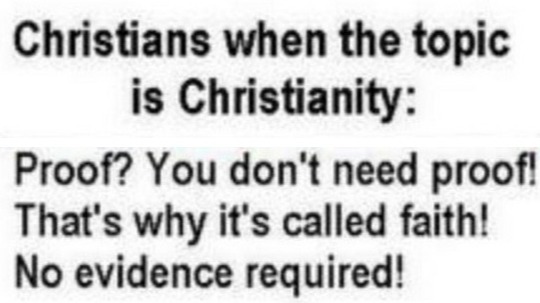 Before I jump into twenty terrible theistic takes, let's talk about a topic that pops up far more often than I should.

Although my real-life name is hardly a secret (thanks to years of using LinkedIn), I use the handle "Loony Liberal" in most of my online media (with the exception of my NSFW Twitter account, which uses "Lustful Liberal").

Apparently, this confuses the hell out of trolls, who react in one of two predictable ways:

1. They attempt to insult me... by pointing out the name of my account.

2. They condemn me for... being political.

With regards to the first reaction: why would I deliberately choose a nickname that triggers me? That would be like Drumpf naming his (now-defunct) Twitter account "Hillary's Bitch." "Loony" refers to my favorite style of comedy, and "Liberal" refers to my political stance which requires me to turn to my right to see any Democrat. Trolls throwing my nickname in my face causes me to shake my head, chuckle, and move on, which I'm guessing is not the reaction that trolls desire.

As for the second reaction: even first-time readers can take an educated guess as to what most of my non-3GM writing entails: wacky jokes and liberal politics. Complaining that my writing is too political is like watching an episode of Diners, Drive-Ins, and Dives, then grousing about the show having too much food.

One could make the argument that Publish0x posts should be strictly cryptocurrency-related. However, even if my account were to suddenly vanish, readers could still read posts about poetry, recipes, movie reviews, short stories, and mathematics. And I consider that a great aspect of Publish0x instead of a drawback.

Besides, an author who posts a recipe for an amazing batch of buffalo wings deserves far more tips than an author who publishes the blog post: "BitCOIN will BREAK $34,690,000))) BY THE END OF THIS SENTENCE!!!!!"

My time is precious, especially now that I have a precious girlfriend. And even with the existence of the Tweet, You Sinners! project, I'm far more choosy with which trolls I mock because, after hearing the same uninspired talking points and tactics, telling the same joke for the 7,650th time is not the best use of my time.

When readers want to point out factual errors, developments that I had not considered, or an unintentional slur (I admit to occasionally using "midget" and "futanari," and I take my lumps when called out on them), I welcome exchanges that call me out on my flubs. If nothing else, publicly acknowledging my errors and fixing them distance me from the trolls whom I love to mock.

For those that respond with insults, logical fallacies, or anything that isn't related to the main topic, I tend to view such responders the same way that Little Mac views Glass Joe:

Speaking of me swinging below my weight class, here are twenty terrible theistic takes:

Fig. 3: Who Needs the bible When You Have jesus?

Fig. 4: CJ Politely Asks Us to Believe His Lie.

Fig. 5: "I Don't See the Lie Because I Don't Read My Own Tweets" Is Not the Ironclad Defense CJ Thinks It Is.

Fig. 12: PvN Needs the Coke to Wash Down His Saltiness.

Fig. 13: Remember a Few Paragraphs Ago When I Discussed Telling the Same Joke 7,650 Times? Case in Point.

Fig. 14: Praise Imaginary jesus for Driving away His Followers.

Fig. 15: Let's Add "Rhetorical" to the List of Words That christians Don't Understand.

Fig. 16: Adobe-ness Is Next to godliness.

Fig. 17: Ellen's Rhetoric on Evolution is "Kind" of Stupid.

Fig. 19: If Seeing Is Believing, Then the bible is DEFINITELY Fiction.

...and I'm still on 2020-10-02. When I said yesterday that I would likely have to pass the baton to another author if Tweet, You Sinners! is successful, I was not bearing false witness.

Still, the thought of making money off of internet trolls is far more appealing than drinking their salty tears, so I'll keep plugging away at it.

After all, if yahweh does exist, then he gave me this sense of humor. And it would be a sin to not use it.