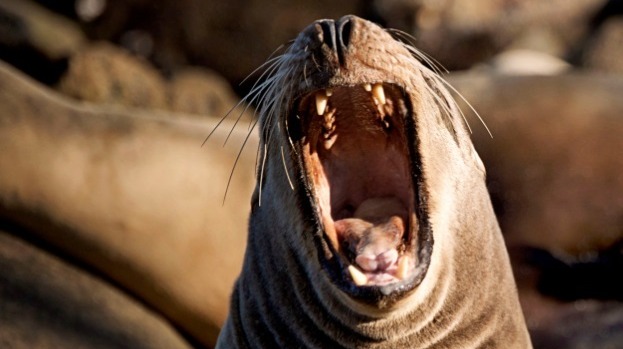 Before showcasing the traditional twenty terrible theological takes from theist trolls, I want to talk about sealioning.

Sealioning is a troll tactic whose purpose is to wear down others by asking and repeating questions, ignoring the answers, and asking and repeating more questions. It's a war of attrition; all the troll has to do to gain its victory is to copy-and-paste until the other parties realize that they are wasting their time.

Often, sealioning involves asking questions so basic, even a preschooler could answer them.

So I'm experimenting with a tactic to counter sealions.

If they're going to pretend to be stupid, then I will gladly treat them as stupid.

Fig. 1: Godwin Save Us from This #moRon.

Fig. 2: Since When is Scrolling up a Sin?

If the village idiot wants attention, I'll gladly oblige. Yes, my Twitter accounts aren't huge, but with both of them combined -- in addition to blog posts like these -- it's not an unreasonable estimate to say that the number of people who view these quote-retweets are in, at the very least, the low hundreds.

And the part where I call out to mutuals? That's a deliberate trap. Yes, I set quote-retweets like these to "Only those you follow can reply." So when some #moRon whines about not being able to reply, I can point out that not only do they not know the answer to their "Well, duh" question, they don't know what "mutual" means, either.

Perhaps they should pray to their imaginary sky daddies for a different trolling tactic.

And speaking of theist trolls....

Fig. 3: 45+ Years, And Not One Deity Has Introduced Itself to Me And Prove That I'm Wrong.

Fig. 4: My "L. Ron Hoover" Comment Did Not Age Well Since He Changed His Account Name. That's What I Get for Sloth.

Fig. 8: There Are Worse Eternal Fates Than Hanging out with Charlie Morningstar and Stolas.

Fig. 10: Insincere Apologies Round up to Bearing False Witness.

Fig. 11: Mel Should Pray for his deity to Proofread His Tweets.

Fig. 12: Mel Tossed All of His Word Salad! Blathered! Bore False Witness, Even!

Fig. 15: 2 Billion People Who Believe That They Were Born Sinners Think That I Have Self-Esteem Issues.

Fig. 16: Fun Fact -- Abraham Lincoln Was Not One of the bible's Abrahamites.

Fig. 17: "Partake of This Pink Slime, for It Is my Body. Drink of This Tropical Sprite, for It Is my Blood. Now, Let us Make a Pilgrimage to the Ball Pit for our Baptisms."

If I keep herding all of these sealions, I'll become an honorary employee at Sea World. I'm well on my way; the trolls that keep popping up uninvited on my feeds are saltier than the Dead Sea.