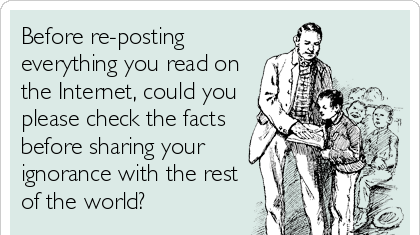 I'll start this blog post with a screenshot of my favorite bible quote:

One does not need to be an ordained clergy member to realize that that screenshot is, indeed, not in the bible. It is a screenshot of some of the lyrics from Prince's NSFW Pussy Control where all instances of "pussy" have been replaced with "yahweh."

And it is a demonstration of why I'm wary to treat screenshots as irrefutable proof during online discussions.

PUTTING THE "CRAP" IN "SNAPSHOT"

I've said (and, hopefully, proven) that trolls will do anything to look like they're correct... without actually being correct.

One psuedo-intellectual trick that trolls will attempt to pull is to respond to "prove it" with a JPEG/GIF/PNG/etc. that shows an alleged piece of an alleged source that backs their claim.

The snapshot response has multiple problems:

THE ADVANTAGE OF LINK

When someone challenges me for proof (and if/when I haven't demonstrated that they're sealioning), I provide a hyperlink as a response. My go-tos include Britannica and Merriam-Webster (if for no other reason than that anyone who wants to yell at dictionaries and encyclopedias are provably too stupid to be taken seriously). For starters, a verifiable and certifiable academic website that corroborates my claims and statements is a solid source. Also, since I'm not infallible, I occasionally post to an article that undercuts my statement; whereas I'm not thrilled to admit my errors, it gives me a chance to correct them, which leads to fewer errors in the future.

Another benefit is that providing a hyperlink is far less work than editing and posting an image. Hyperlinks are pure text. Copy. Paste. Tweet. Done in seconds. Contrast with taking a screenshot, editing it, cropping it, tweeting it, waiting for the tweet to post, and the response time increases to anywhere from a minute to several hours.

One can post several hyperlinks in several threads over the course of several hours.

So not only are screenshots suspect, they're also inefficient in terms of time and labor.

One key aspect to a safe internet experience is the ability to detect and handle lies (a.k.a. "misinformation," "alternative facts," "anything that a GOP politician tweets"). Since trolls don't realize that being truthful is less effort, they devise ways to make their lies look truth-ey. Screenshots instead of articles is one such method, and it's one that fails to impress me. I admit that I use memes in response to generic and overused talking points, but I wouldn't think of using this image to verify a claim I would make about the origin of the tank top: 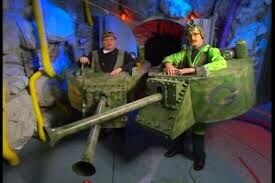 I certainly don't want the rest of humanity to be as paranoid as I, but when it comes to the internet, a great rule of thumb is to err on the side of verification. Those who don't will find themselves easily duped by someone who lies for sport or for profit.

I just hope that they take a shot of their face when they realize that they fell for a screenshot scam.