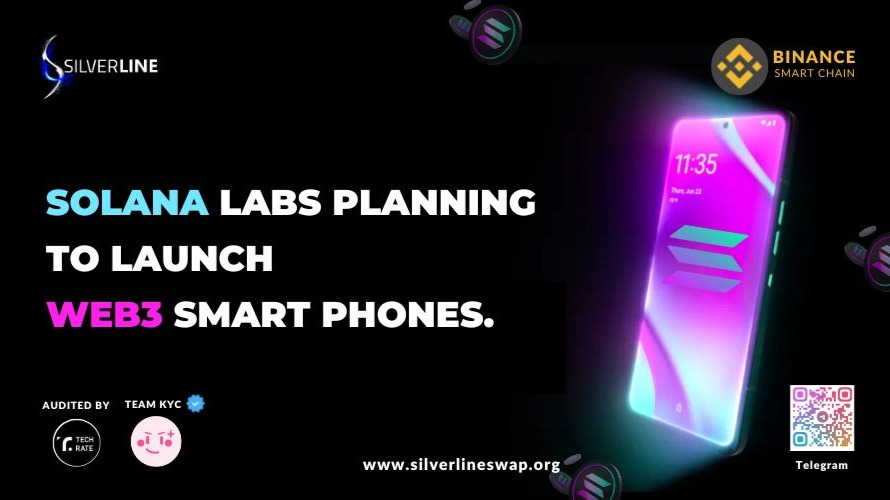 Is it a smart idea for Solana Labs to introduce a new blockchain mobile phone for the web3 generation?

Let’s investigate this issue further. I just want to be clear up front that the true potential victory for Solana is in its Solana Mobile Stack (SMS), which has a lot more success potential than a pure hardware approach. Mobile Device Management (MDM) platforms have proliferated since iOS first debuted years ago in order to support enterprise use cases. The Solana Mobile Stack from Solana Labs has the potential to both hasten the development of mobile platforms for blockchain technology and to lure enterprise case studies for blockchain-based mobility via a blockchain MDM solution. The attempt to introduce a blockchain phone is not Solana’s first.

A collaboration between giants like Samsung and Klayton debuted in 2019 exclusively in South Korean markets with five dApps already installed. Although it is unknown how successful that was three years later, you can infer from the lack of fanfare that this was not well received. After Clayton’s dismal sales, LG immediately went on the defense and was rumored to release its own competing phone, but that entirely fizzled.

I would imagine that this was primarily because of its own Crypto market research. The other most well-known attempts came from Sirin Labs in 2018 and HTC with their Exodus phones. Pundi X attempted to introduce their own blockchain mobile even in India. Since their launches, nothing more has been said about any of them because they were unable to garner any significant traction at all.

Because software-based businesses see user adoption as a natural market fit, mobile phones are a wonderful hardware flex for them. However, they’ve consistently been shown to be inaccurate. It’s important to remember that Solana is working with the Asom team, which has never released a hardware device. In fact, the phone that Saga is now using was meant to be unveiled back in September of last year. The mobile industry, where businesses have attempted to expand their brands into new markets, is like an elephant’s graveyard of poor choices and significant balance sheet imbalances. This is before they understand that shipping issues and testing are more common when delivering hardware than when releasing software. The fact that Solana has around 2 million monthly active users (MAU) does not imply that there are 2 million eager customers and developers who want a new mobile device, nor does it imply the appeal of a hardware solution for the software industry would attract additional people.

“Solana can revolutionize so much of what we do every day, but we need to open the possibilities for decentralized apps on our mobile devices in order for this potential to be realized.” Sam Bankman-Fried, CEO of FTX said of the announcement.

He is correct, but it also highlights the fact that, despite the availability of dApps, only a small percentage of individuals are actually interested in Web3. Additionally, there are software updates.

Due to the Saga’s Android foundation, Google often provides security patches to Pixel owners before requiring other OEMs to incorporate them into their own phones. For each dApp developer to ensure that their own software is compatible with the phone, this entails setting up a dedicated staff to continuously upgrade the custom OS and security. A tiny OEM startup will find it extremely challenging to keep up with the annual release of new phones from companies like Apple, Samsung, Google, LG, and others with better and more advanced specifications. This is one “saga” that might continue despite not being successful