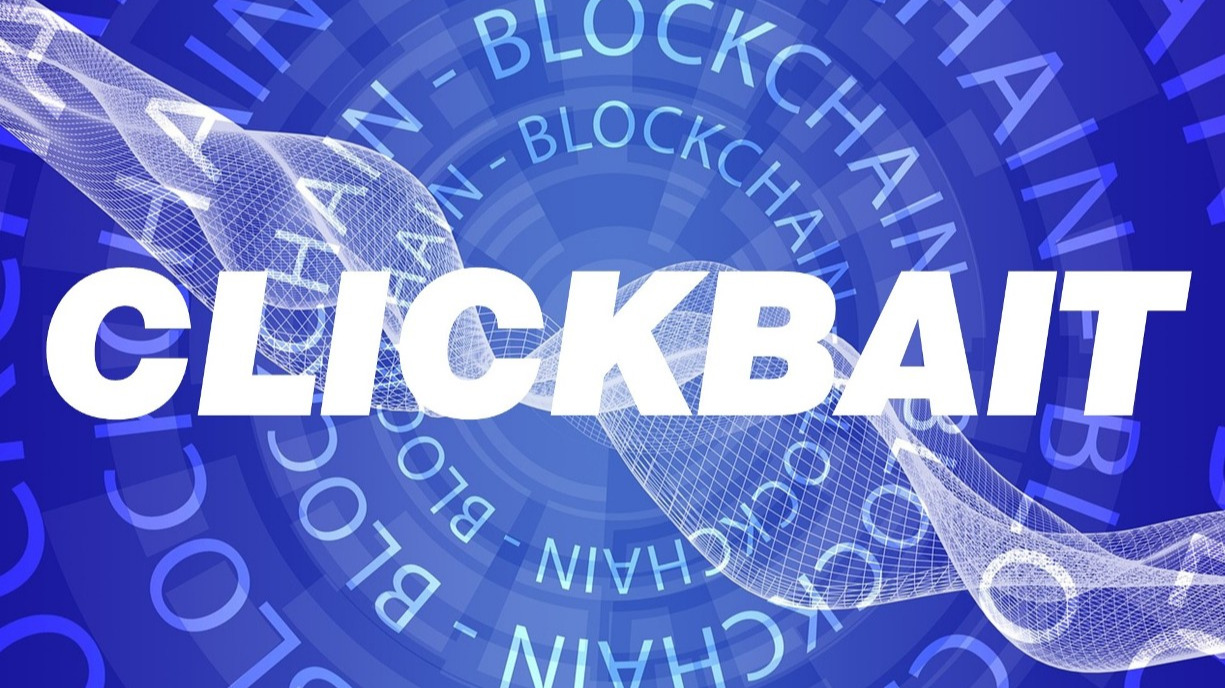 Blockchain is a new clickbait word

Blockchain is a modern word. Even so modern that it has become a clickbait. Anyone uses it to focus readers' attention. But it is not blockchain like blockchain.

Governments of world powers, management of large banks, start-up companies. All of these parties suddenly began using the word blockchain more often than before.

Large corporations are also making their blockchains. However, after an in-depth examination, you will find that it is not always a blockchain. Perhaps the "blockchain" Libra, but maybe not even see the light of the world.

Also, many cheaters and scammers and those who want to get rich quick use the word blockchain very often. However, withdrawing money with the help of ICO gives them a great opportunity that was not there before. So why not use it, don't you think?

"Ladies and gentlemen, dear guests. We built a new blockchain bank. Its deposits are covered by gold and this bank is based in Switzerland. And it offers cashback and a certain profit in the future. A bright future. No risk. On the blockchain!"

Does this sound perfect to you? Just put few clickbaits together and you got your ICO or some other project.

What is Clickbait, source Wikipedia:

Clickbait is a form of false advertisement which uses hyperlink text or a thumbnail link that is designed to attract attention and entice users to follow that link and read, view, or listen to the linked piece of online content, with a defining characteristic of being deceptive, typically sensationalized or misleading.

But is a blockchain that important?

If it is not open, public to everyone, borderless and censorship-resistant, the blockchain is useless. It's just a slow and expensive database.

Many projects do not even use blockchain. Projects as IOTA, NANO, Phantom or Tixl use Directed Acyclic Graph (DAG) technology. IOTA calls their DAG Tangle.

Some projects using MimbleWimble technology such as Beam or Grin can efficiently prune their blockchain, deleting historical transactions where there are no UTXO balances. This disrupts what we understand under a blockchain or database. That is, consistent entry of data into the public ledger.

This blog is about these specific topics: cryptocurrencies, Bitcoin, blockchain and trading. I hope you will like it and come back.