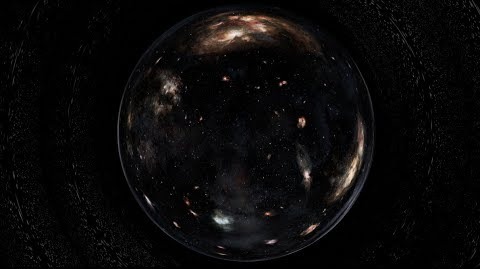 Wormholes are space-time tunnels capable of connecting two remote parts of the universe. A spaceship could travel, in a short time, journeys that would take millions if not billions of years even if it traveled at speeds close to those of light! At the moment there is no concrete evidence that these elements really exist, but over the years their existence has been speculated and deepened. To be created, a Wormhole would need some kind of exotic matter such as negative mass, a substance that has never been observed until now. Without these elements a Wormhole would not be able to exist for the time necessary for an observer to be able to cross it entirely. Wormholes are widely used in science fiction. In the film "Interstellar" there is a scene from the film in which astronauts enter a wormhole near Saturn to reach an area of ​​the Universe very far from the solar system. But what would a wormhole look like if we found it in front of us? Its shape would not be that of a "Hole", but would appear as a sphere. Within this sphere we could observe the other part of the universe that the one space-time connects with our zone in space.