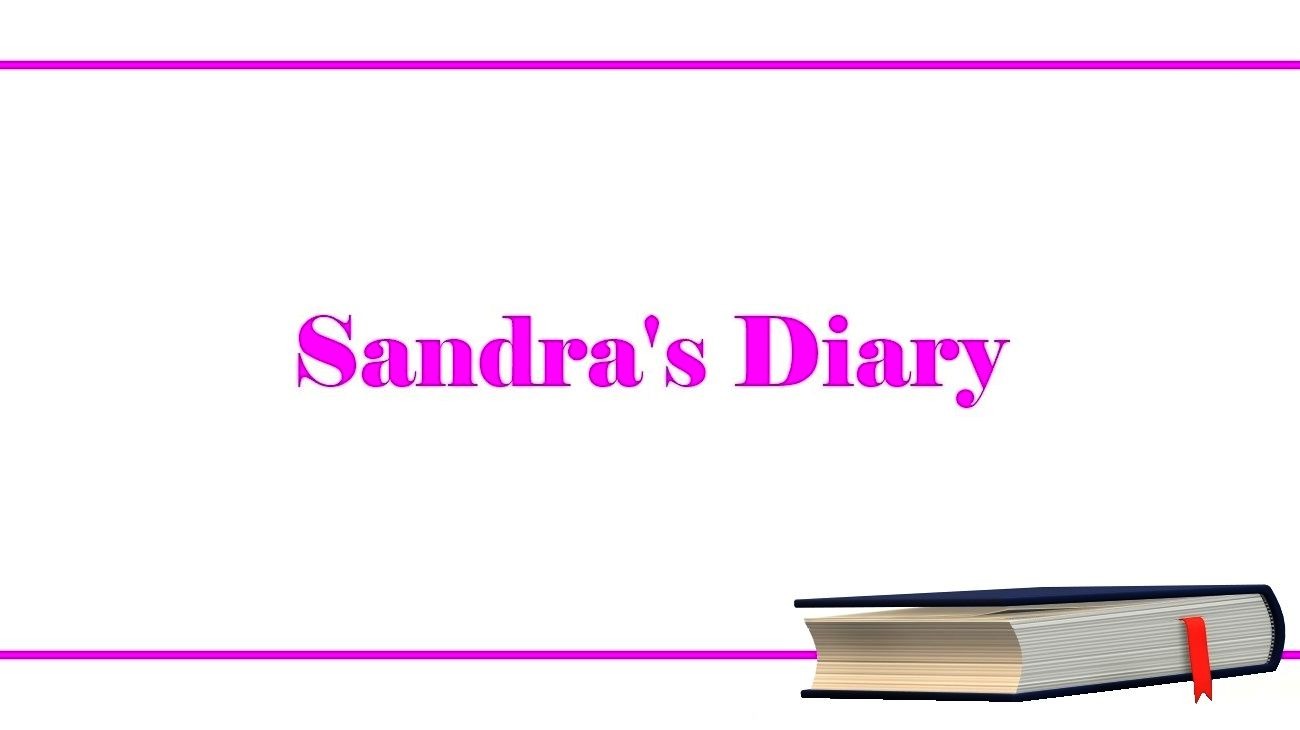 It’s a cold, windy autumn day. Brown, golden, and yellow leaves play in the wind. In a secluded rural tree-like area, stands a large mansion. A nurse in her late forties is on her way to the entrance, holding her nurse’s cap with one hand as she walks down a winding footpath covered with small gray pebbles that leads to the villa; she enters through the large, dark oak front door.
In the window, an elderly man sits watching his lawn disappear under the leaves: "The leaves of the tree of time mask our path of life."
The nurse sits down next to the man with a concerned look on her face. "Are you alright, Mister Adelbergen?"
"I was just thinking out loud, madam."
"Mister Adelbergen, please call me Lydia."
"I will, if you call me Henry, madam, Lydia."
"Alright, Mister, I mean, Henry. If you want to talk, you can; I'm here for you."
"I was thinking about my Sandra," Henry says as he turns his head towards Lydia, his gaze fixed on the outside.
"Is Sandra your wife, Henry?"
Henry looks at the floor: "No, I was never married. Sandra was my first love. You know, when I close my eyes, I can still feel her arms around me."
"How beautiful and sad at the same time." Lydia finds it difficult to inquire any further when she looks into Henry’s saddened eyes, "Forgive me my curiosity, Henry, but why does such a dear man as yourself end up all by himself?"
"Oh, Lydia, is it not a general fact that the nice ones always end last?"
Henry begins to tell more about his life; that he was very shy but very popular with the girls, but Sandra was the one for him. Lydia immediately believes it—what lovely blue eyes, so dreamy.

Henry meets Sandra at a young age, and the spark is instantaneous. Sandra is sweet, pretty, and smart. She has blond hair and light brown, sparkling eyes. They are inseparable and meet as often as they can.

Henry is still in school; Sandra works at a bank. Henry waits for her every day with a freshly picked daisy in his hand. During the days when they can’t be together, Sandra keeps a journal, but her diary is stolen, and the thief sends her a letter; he asks her for a large sum of money, or the thief will reveal her relationship with Henry. Sandra would do anything to get her diary back. It contains her most intimate thoughts.

"And of course, it also contains things about me too." Henry adds.
Lydia comes out of Henry's kitchen with two cups of tea: "It’s not that bad, is it? I mean, what’s wrong with two people in love with each other?"
Henry runs his fingers through his hair: "Oh, Lydia, it’s more complex than you think. Allow me to tell you the whole story."
For a moment, the two are silent as they both blow gently over their hot tea. Henry sits up straight, stirring his tea as he continues the story: "Look, Lydia, between Sandra and me, there is a big age difference. Sandra is ten years older than I am."

"Alright, but that..."
"Sandra was twenty-two, Lydia, and I was not thirty-two."
"Oh, so you were."
"Yes, Lydia, I was. So you understand that Sandra insisted on keeping this a secret."
"Gosh, Henry, I don’t really know what to say."
Henry nods understandingly and continues, "Sandra told me what happened, that she had to hand over the money somewhere in the middle of the night. Of course, I do not want her to go. For all I care, everything’s out in the open. Of course, I didn't understand the world. Sandra told me that, if it came out, she would go to prison. Even though I would declare that I love her as much as she loves me."

"The world is mean and jealous and it will never accept us!" Sandra said. But we didn’t need the world; we only needed each other."

"Sandra goes to the appointed place. What happened has never been clarified. Her attempt to recover her diary cost her her life. She was hit on the back of her head and died in the middle of the forest, all alone."
"Oh my goodness, Henry, how awful!"
"Her diary was never recovered. The police were never informed of the diary, nor were they informed about our relationship. I have felt guilty for a very long time because of her death."
"Oh, dear Henry, you couldn’t have done anything about that. You were just a boy!"

Henry and Lydia continue to talk about their lives. Lydia is divorced and childless. Henry never felt the need to love after Sandra. Not really, not like with Sandra. Lydia and Henry become closer and closer. A couple of days later, Lydia asks if Henry has ever been to the place where Sandra died. He shakes his head. She suggests that they visit that place in the forest, and after a while, Henry gets comfortable with the idea and agrees to go with Lydia to the place where Sandra passed away.

A little later, they drive together to the woods and walk for five minutes to get to the spot. A memorial has been placed there. "Here it is. This is it." Henry says. He kneels before the monument: "Hi, dear Sandra, it’s me, Henry. It’s been a while, hasn’t it?" Henry takes a look at the immediate surroundings: "What a nice and quiet place. It’s beautiful here." Lydia polishes Sandra’s plaque. She asks Henry if he feels a bit better now that he’s been to the spot where Sandra lost her life. Henry turns around and smiles at Lydia, "Yes, I am very grateful that you have persuaded me and that you have brought me here. Thank you, Lydia!"
"You're welcome, Henry; you’re very welcome."
Suddenly, Henry's eyes catch a rectangular object among the leaves.
He looks at Lydia: "Surely it won't..."
Lydia’s eyes are wide open as she looks at Henry: "The diary?"
Henry rushes over to the spot and picks up the object: "It is a book, Lydia!" As Henry rubs the dirt off it, a naked lady emerges. Quickly, Henry throws away the dirty little book: "Goddamn! It's porn!" Henry stands there, a bit lost, not knowing what to do with his dirty hands. Lydia can't help herself and bursts out laughing. Henry slowly starts to see the humor in the situation as well, and they fall into each other's arms laughing.

The two decide to head back home. Henry says goodbye to Sandra, and they’re off. After they get back to the house, Lydia puts Henry under the shower: "So, Henry, soon you will be nice and clean again."
Henry is very grateful: "Lydia, I'm so grateful to have run into you."
"I also find it more than pleasant that you are my patient, Henry."
Henry is completely soaped up and intensely enjoys the warm water spraying him clean.

Lydia turns off the faucet and places Henry in a chair to dry him off. She gently rubs the towel over his face and through his snow-white hair. She dries his shoulders, his back, his chest, and abdomen. He enjoys the soft towel that Lydia carefully rubs over his body. When Lydia starts on his legs, Henry can no longer hide his excitement. Lydia is a professional and continues drying him off without making eye contact. Henry moans inwardly. She dries his legs, his feet, and his toes one by one. When Lydia is done, she sits on her knees and looks up into Henry’s eyes. He grabs her head with both hands. Without any resistance, he steers her face into his lap. Lydia's head moves up and down. She holds on to the chair with one hand while the other hand disappears into her pants. The bathroom floor hurts her knees, but it doesn’t bother Lydia. She feels her mouth fill up and, without looking up, she gulps everything down. On the back of Henry’s shower-chair, there’s an object duct-taped to it. With one hand, Henry slowly tares the object off. While Lydia cleanses Henry with her mouth, he smashes a hole in the back of her head with a claw hammer. Without making any sound, Lydia falls dead into Henry’s lap.


A couple of weeks later...

It is a beautiful spring day. The nurse enters Henry's room and asks how he’s doing. Henry replies, "Hm, I'm okay. I was just thinking about my Lydia."
"Is Lydia your wife, Mister Adelbergen?"
Henry looks at the floor and says, "No, I never got married."
The nurse notices Henry’s sad face and says, "I will wash your clothes first, and then you can tell me all about your Lydia. Is that okay with you, Mister Adelbergen?"
"Yes, that’s fine. Thank you, nurse."
When the nurse leaves the room, Henry walks to the closet and takes out a pink book from a drawer. He sinks into his Chesterfield armchair and flips open the book. On the last page, he gently strokes the locks of hair that are glued into the book.
The first lock of hair belonged to a blond lady; beneath it, the name Sandra is written. Dozens of other hair locks decorate the page, with different names underneath. Under the last lock, the name Lydia can be read. Henry smiles, and again he strokes his fingers gently over all the locks of hair. Then he turns the pages and starts at the beginning of the book.

I write short fictional stories about ordinary people that find themselves in extraordinary situations, caught up in areas that we normally never encounter in our lifetime. Some are victims of progression and/or unusual circumstances, and some might just thrive, simply because they're ahead of their time or easily fit into their new realm. Will they get out, or are they supposed to stay in their "New Normal"? Find out for yourself... 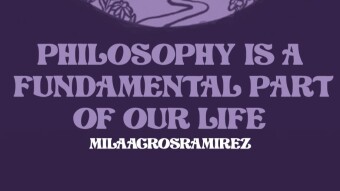 Philosophy is a fundamental part of our life.