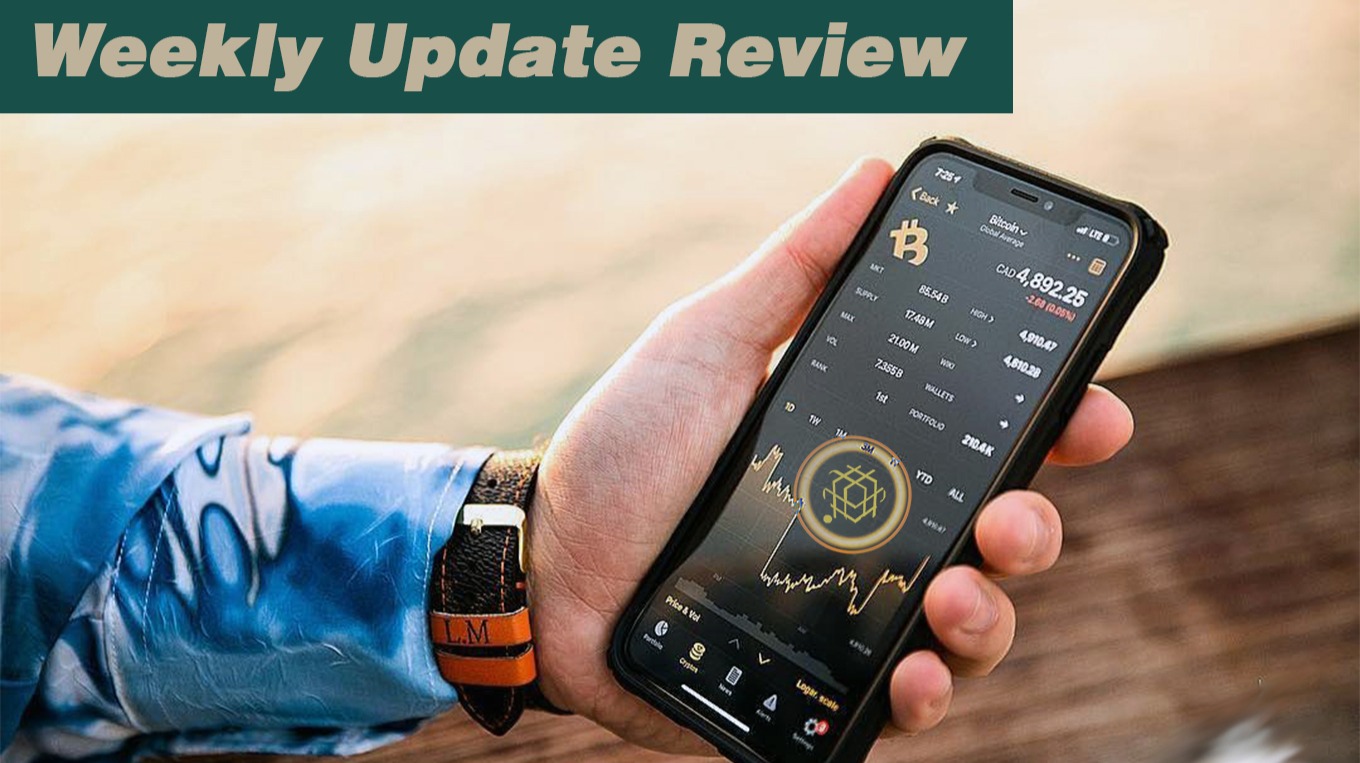 Investors will be on the lookout this week for any hints from the Federal Reserve on how much it could do to help recover from the Coronavirus pandemic and according investing.

The economic calendar features updates on durable goods and home sales. Political developments will remain on investors’ radar as the Republican convention begins Monday, with Congress still at a dead end over what measures should be included in the next round of fiscal stimulus.

It could be another great week for stock markets after the S&P 500 recovered all of its Coronavirus-driven losses and ended Friday at all-time highs. Meanwhile, energy traders will closely follow two tropical storms heading towards the Gulf of Mexico.

Getting Ready For A New Hit

We are already projected for the next few months that the total market capitalization could reach USD 500 bn. For now it remains very close to 360 bn and a very strong area of capital accumulation.

The sentimental index shows us that we are touching one of the parameters most awaited by all: the super bullish market. With 76 points, the Fear & Greed Index identifies a high potential for the cryptocurrency market. This was basically unleashed from the break of USD 300 bn within the total market capitalization.

Actually the capital inflow has been significant and very different after the last historical high of 2017. Now we see much more interest and greater liquidation. We believe that the implementation of futures markets was the great engine for all of this to be a great hit where we now see many smiling and happy faces.

Bitcoin got off to a good start this week. After beating the resistance at $ 12,000 last Monday, it peaked at $ 12,418 and according to the criptonoticias report and that is similar to our personal opinion.

The upward momentum was associated with the publication of the Federal Reserve minutes, which confirmed a less than encouraging outlook for the United States economy.

That same day in the afternoon, however, bitcoin registered a sharp setback to then fluctuate in the last hours in the vicinity of USD 11,600. At the time of writing, Bitcoin is trading at $ 11,770.

Examining the flow of BTC in the hands of miners, CryptoQuant this week recorded a growth of daily movements towards cryptocurrency exchanges, which reached levels close to 2,000 BTC per day.

The increase in this flow of BTC from miners to exchange houses could partly explain the decline in the price of BTC, from $ 12,000, by increasing the supply offered for sale.

However, a significant decrease in that flow was appreciated this Friday. Such a decline in BTC, in Huobi’s case, triggered a spike in open interest in BTC derivatives, according to CryptoQuant and Glassnode.

The week concluded with a net decline in the price of BTC of 1.4%, although the fall is more important in the case of the total capitalization of the cryptocurrency market and in the capitalization of altcoins, which decrease this week by 3.3 % and 3.9%, respectively.

As for the new minimum of the dollar index this year (calculated with respect to a basket of seven national currencies), reported by CriptoNoticias, it reached 92.15 last Wednesday. The minimum reached last August 3 was 92.63.

The following graph shows how the price of bitcoin and the dollar index (USDX) show opposite trends.

The total adjusted on-chain volume for Bitcoin and Ethereum recorded a yearly high in July, with the combined total standing at $90.1 billion, according to a recent analysis by The Block Research.

This figure reflects a 15.7% increase in volume from the levels seen in June, as shown in the chart below.

Between 2018 and the end of Q2 2020, DeFi accumulated over $1B USD into the ecosystem. Since the end of the quarter, that number has tripled to ~$4.5B USD in a month, according to DeFi Pulse.

Below we also plot the TVL chart for major protocols monitored in our system — the total number adds up to ~$3.3B just from those 9 major protocols, and according report by codefi.

In Q1 2020, we had ~62k active users seen across major DeFi protocols. The number went up to ~80k in Q2. Since late July and early August, we have seen Balancer emerge and capture a tremendous amount of users on the network.

Starting with the integration of USDT to the OMG sidechain, the transaction costs on Ethereum have started to decline in recent days after reaching an all-time high on August 13 and as reported by criptonoticias.

For August 22, the average rate is estimated at just over $ 2. The decline comes after having reached a peak of more than $ 7 per transaction.

As reported by CriptoNoticias, commissions in Ethereum began to rise since July, in an escalation that continued in early August and exceeded the maximums reached since 2017.

During this same week there is also a drop in the prices of ether (ETH). According to Live Coin Watch statistics, the cryptocurrency has lost more than 8% of its value in the last 7 days. Simultaneously with the rise in commissions, ETH had been on the rise since July, reaching its highest values so far in 2020, exceeding $ 440.

The rise in fees is linked to the growth of DeFi applications in 2020. The rise of these platforms and the growth of stablecoins seems to have had adverse results for Ethereum, as it is the network where most transactions are settled. of these products.