The Strongest Stories For The Financial Markets And Bitcoin News This Week
MyCryptoOutlook2022 BitYard Contest and Giveaway - $1,200 in ETH Prizes! >> JOIN FROM HERE << 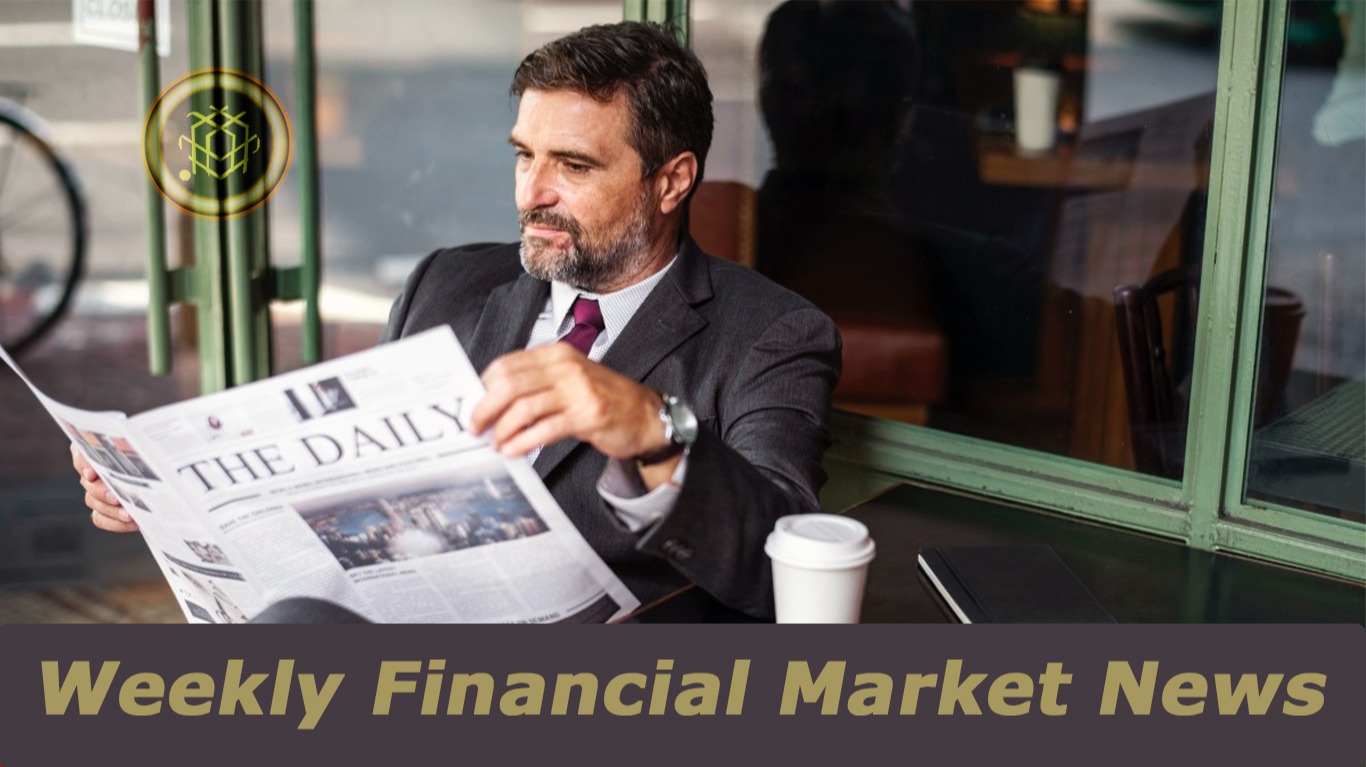 Rising tensions between the United States and China are going to keep confidence in risk fragile this week, while the highlight of the economic calendar will be the May non-farm employment report to be released on Friday.

Before that, investors will have an opportunity to analyze other economic data, including initial applications for unemployment benefits and industrial orders.

Everything indicates that the European Central Bank (ECB) will increase its emergency asset purchase program and that the United Kingdom and the European Union will have another round of virtual talks on Brexit.

Here’s what you need to know to start your week according to leading news sources.

The stock market also showed particularly strong this week. Some of the companies with the best performances, including Carnival and United Airlines, are among the most shaved by the pandemic, as explained by jornaldenegocios in an important journalistic note.

He also mentions that the leaders of the highest financial institutions are most optimistic about the economic recovery due to the relaxation of the measures of social isolation, but he says that you would like to receive more money from the stock market, which should not correspond to reality.

On the other hand, he said that “The market has assumed that we will not have a second or severe third wave” of Covid-19 and that treatments will be available to cushion the impact of new outbreaks, said BlackRock CEO, Larry Fink, in a virtual sector conference, held on Wednesday. “I believe that jobs will come back more slowly than some people believe.”

The stock market optimism was particularly strong this week. Some of the top performers, including Carnival and United Airlines, are among those most affected by the pandemic. The S&P 500 has gained 36% since reaching a three-and-a-half-year low on March 23.

Signs that economies are starting to come to life and prospects for a vaccine have helped boost stock market gains, as have optimistic comments from lawmakers and business leaders.

JPMorgan Chase CEO Jamie Dimon said that some borrowers who have requested postponements are still making payments, and that banks may complete the increase in loan-loss provisions after this quarter.

“We can see a very rapid recovery,” said the president of the largest US bank on Tuesday, in a virtual conference. “The government has been very receptive, large companies have the means and we hope to keep small companies alive.”

The most positive economic data was released on Thursday in the US: for the first time during the coronavirus pandemic, the number of people receiving unemployment benefits from state programs has dropped, a sign that people are starting to go back to work.

Amid optimism in the markets, John Waldron, president of Goldman Sachs, said on Wednesday that one of the biggest risks facing the economy is that outbreaks of the virus will reappear in the coming months, forcing the sporadic closure of local economies.

A recovery from advances and setbacks can pose a challenge for consumers, especially if government support wanes, Waldron said. That would lead to “much more destruction” of consumer credit, he said.

US Unemployment Shoots Up To About 20%

All indications are that Friday’s employment report will indicate that the unemployment rate rose to 19.7% last month, and employers are expected to have cut 8.25 million jobs, down from 20.5. million jobs lost in April.

While some encouraging signs have emerged in recent weeks regarding the employment outlook as some workers return to their jobs as companies resume business in this second half of the year, these changes are unlikely to be reflected in May data.

However, any positive surprise is likely to be applauded by stock market bulls eager to understand signs of a rally following the coronavirus-led economic downturn.

While Federal Reserve officials are now in the traditional media blackout period before their next June monetary policy meeting, this week’s calendar features data from the ISM manufacturing sector on Monday, and initial requests from unemployment benefit and private sector contracting and industrial order reports on Thursday.

In the euro zone, investors await Germany’s industrial orders figures for April, while the UK calendar includes PMI for manufacturing on Monday and then PMI for service on Wednesday.

Showdown Between The United States And China

The showdown between the world’s two biggest economies over Beijing’s new security legislation for Hong Kong, which investors fear could erode the city’s freedoms, looks set to continue this week.

United States President Donald Trump has promised to end Hong Kong’s special status if Beijing imposes new national security laws on the Asian financial center, but China’s state media has countered by saying that this would harm the United States more than China.

If Trump goes so far as to disrupt phase one of his trade deal with China or simply take some symbolic action around sanctions and visas for Hong Kong citizens, this could determine how long the latest global rebound in the US market will last. values.

The ECB Will Increase The Stimulus Program

Although the announcement of the EU’s € 750 billion plan to shore up the economies affected by the coronavirus pandemic has eased some of the pressure on the ECB, all indications are that monetary policy makers will announce new stimuli on Thursday.

The EU recovery fund will take time to prepare and will likely face obstacles along the way, and the ECB is turning to emergency asset purchases, which are likely to be depleted in October, unless expanded.

All indications are that the ECB will announce a € 500 billion increase in its pandemic emergency purchase program and that it will be extended until mid-2021.

The central bank will also release an update to its economic forecasts that could confirm President Christine Lagarde’s assessment that the bloc’s economy is in the midst of a much deeper recession than initially believed.

Another round of Brexit talks will take place on Tuesday before the EU summit that takes place on June 18–19, at which point London must decide whether to ask for an extension of the transition agreement.

There isn’t much time left until the Brexit deadline of December 31, when the two sides will part ways, with or without a current trade deal.

Negotiators have not made much progress, and the EU has urged the UK to make a greater effort and to be more realistic about what it could achieve with the talks.

The resulting uncertainty has anchored the pound near its lowest levels in the last almost 30 years. And as if a potentially chaotic Brexit was not enough, the British currency is also struggling with the prospect of negative interest rates and a prolonged recession.

cryptoslate explains that One of the biggest Bitcoin catalysts over the past few months has been the introduction of negative interest rates into economies in Europe and Asia.

The idea goes that if consumers have to pay banks to hold their money, they will seek assets that provide relatively better yield. BTC fits the bill: it costs no money to hold, or it can even yield upwards of six percent yield if coins are held on a platform such as BlockFi.

Unfortunately for the Bitcoin bull case, the U.S. Federal Reserve has been hesitant to let its policy interest rate go negative. Chairman Jerome Powell said in a recent speech that negative interest rates are something the Federal Reserve is not looking at as a viable monetary policy lever.

Yet the fear is the economy will eventually demand it. That’s to say, to keep the cogs of Corporate America turning, it will need more stimulus. And that stimulus could be massive for Bitcoin.

Also, it explains that to respond to the ongoing recession caused by the end of the business cycle and the COVID-19 lockdowns, the Federal Reserve has been forced to take record action, dropping its policy interest rate to 0–0.25 percent just months ago.

But with the worst economic outlook in modern history as both the Bank of England and Federal Reserve have said, it may not be enough.

An Optimism That May Not Last Long

At the time this news compilation was being written, Bitcoin was once again breaking the 10k resistance.

Apparently our black diamond from last week became a high value diamond for the bulls, who pushed the price from the 9200 to what we are seeing today with the last daily close.

Most of the indicators are in favor of the trend. But from our perspective, fault tolerance is in a greater degree. For this reason, we must be very careful in the next few days.

We warn all soldiers that great optimism can end. We acknowledge that with all the news we have shared with you all, and primarily the tension between the United States and China, you are causing many people or investors to seek refuge or protection assets.

The lesson was well learned before the entire pandemic began and the collapse of the markets was seen in all the world stock exchanges.