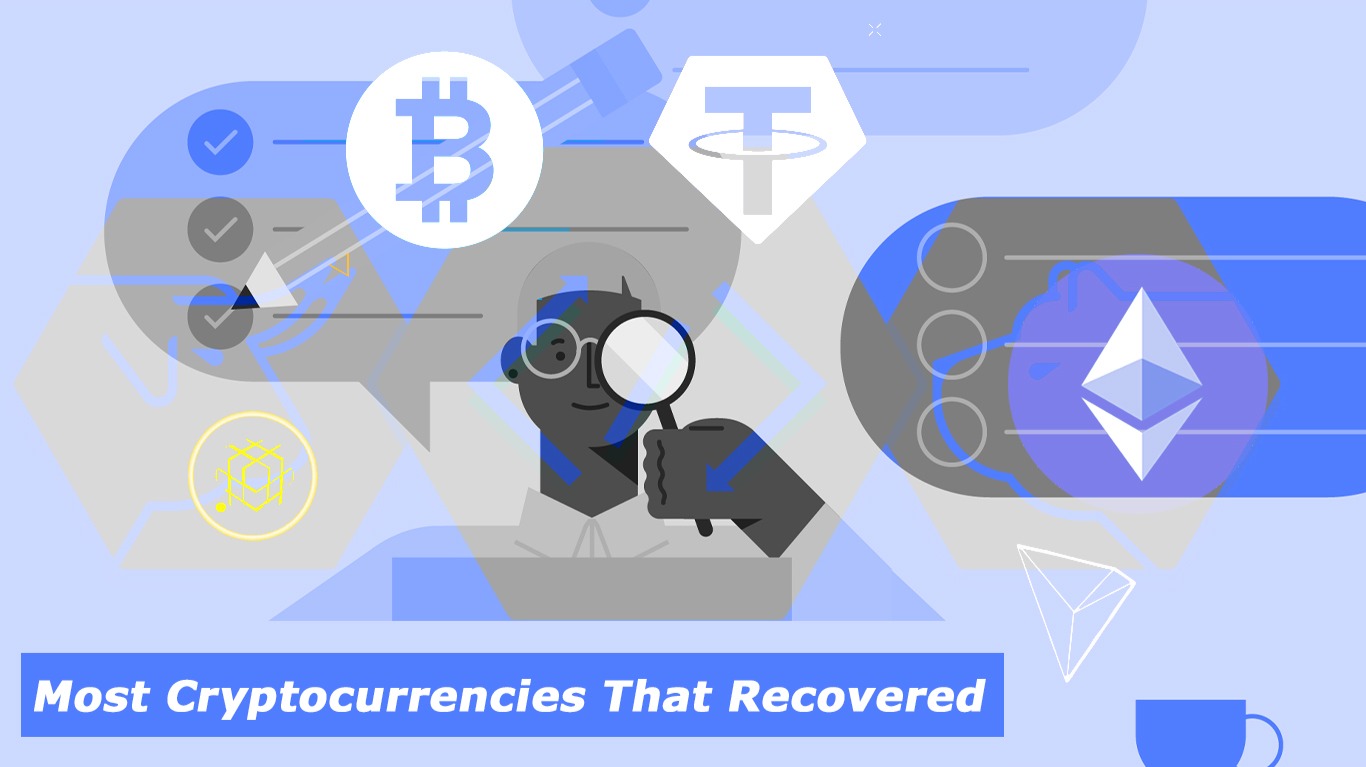 The Most Cryptocurrencies That Recovered On Weekend After Market Stabilization

During the week of September 5 to 13 and according to the last criptonoticias report, the cryptocurrency market registers a slight recovery, after the fall of the previous week. Some altcoins recovered with growth that reached more than 13%.

The most appreciated cryptocurrencies of the week are headed by Zcash (ZEC), which released a new source code; and Stratis (Strat), whose standard tokens have been admitted to an exchange. It is followed by dash (Dash) that a few days ago unveiled a new partner network to offer faster transactions.

Path For Friend And Foe

The top of the cryptocurrencies of the week is completed with monero (XMR), which made the news due to the interest of the United States Tax Service in finding a technology that allows them to track their transactions; and stellar (XLM), which created a new site for virtual meetings and networking.

The price of bitcoin, on the other hand, rises a little and experiences a growth of around 0.6%. The cryptocurrency has continued to trade below the $ 11,000 barrier and even fell below $ 10,000 on September 7 and 5.

Weekly we remain between a path of friends and foes with the support of the EMA21W1 and as primary resistance the EMA9W1, who was the one that alerted many of the falling prices. We also continue, below the historical low trend line and very close to touching 0.61 Fibo.

Anyway, despite this drop, the bitcoin rally in August led to a record high in exchange derivatives volume.

The CryptoCompare report showed a growth in percentage volumes in both the spot market and bitcoin derivatives, of 49.6% and 53.6%, respectively.

Another source said that correlation between the S&P 500 and bitcoin crested near an all-time high earlier this week, according to new data from Coin Metrics.

Ether (ETH) is also recovering slightly in these seven days. Their average advance is 4.6%. The price started at $ 358 on September 5 and closes these seven days at $ 371.

This week the Ethereum Foundation distributed more than 3.8 million dollars between projects that make life on this blockchain. An estimated 28 projects have benefited from this grant, which is part of an investment goal of more than 30 million dollars.

On the other hand, Ethereum miners generated $285.1 million in revenue in August, representing a month-over-month increase of 98.2% and a 25-month high, according to research from The Block.

Last month, transaction fees on Ethereum increased significantly, fueled by the yield farming mania. Fees as a percentage of mining revenue reached an all-time high of over 40.5% of the total revenue, compared to 10% in May.

The prices of other relevant cryptocurrencies on the market are also down during the week. Ripple’s XRP falls 2.4%, and litecoin (LTC) depreciates 0.6%. Only Ethereum classic (ETC) goes up a bit and gains 0.4%.

According to information published on September 8, the Electric Coin Company (ECC), the company behind the development of Zcash (ZEC), released the source code for Halo 2, a more scalable version of its protocol. The dissemination of this news seems to have driven the growth of the price of ZEC, which on the same date reached a peak of USD 63.19.

ECC points out in its blog that the update allows to carry out checks of the validity of information, without the need to know it. Halo 2, now open source, “may represent a scalability solution for Zcash and other blockchains.” The improvements were made with the coordination and support of the Ethereum Foundation, as stated.

Meanwhile, the ZEC cryptocurrency had an average advance on the week of more than 13%. Although with some corrections, the price continued to climb and reached a new high of $ 64.11 on September 11.

Zcash is also preparing for its next update, scheduled for November and called Canopy. With it, a new reward system and privacy improvements will be introduced. As of this writing, ZEC’s market capitalization is $ 639.6 million and daily trade is $ 123.2 million.

The news related to Stratis this week has to do with the incorporation of a token called MEDI on the WhiteBIT exchange. MEDI was recently launched on the Stratis platform and is the first SRC-20 standard from the Cirrus sidechain to be supported at an exchange.

The event has been promoted by Stratis on its Twitter account since last August 28. Simultaneously, the cryptocurrency begins a recovery period and appreciates more than 9% during the week.

The MEDI token is issued by the company MediConnect, a blockchain solution for the use of medicines in the United Kingdom. To date, it could be acquired with the transfer of 100 STRAT through an airdrop carried out in the Stratis chain. STRAT’s price started at $ 0.506 on September 5, closing at $ 0.519 on September 12. Its maximum value was presented on the 11th, when it was quoted at $ 0.537.

The Stratis SRC-20 standard was released in July 2019 and can be implemented from the Cirrus Sidechain. The platform makes it easy for interested companies to issue their own token and use this standard for various use cases.

Enabling Cirrus for public offerings is part of Stratis’ strategy for 2020. STRAT’s market capitalization is $ 639.6 million and daily trade volume is approximately $ 123.2 million.

On September 10, the Dash team announced the launch of the FastPass Network, an initiative that will allow users to make almost instant deposits, transactions and withdrawals on a network of partner platforms. The date of this launch coincided with a growth in the price of the cryptocurrency, which that day reached a maximum of USD 77.66.

The information was posted on the Dash blog. He explains that the idea with this new product is to create an accredited network, made up of a set of companies that offer different services linked to the cryptocurrency ecosystem. In this way, users who access this network will be able to take advantage of greater security and speed in transactions.

The price of DASH began to rise from September 7 and its advance was continuous in these seven days, closing the week at USD 76.96. Average weekly growth is estimated to be over 8%.

The commercial part of the network is already active and FastPass can be visited at Dash.org/fastpass. In early October they plan to introduce educational material on all components of the system to this site. DASH’s market capitalization ends the week at USD 639.6 million, with daily trade of USD 123.2 million.

This week the United States Tax Service (IRS) released a document in which it indicates its willingness to pay $ 625,000 to anyone who offers a technology capable of tracking cryptocurrency transactions such as monero (XMR). The agency’s request was published on September 10, while the cryptocurrency registered a constant advance that had started since the 8th.

The IRS bounty has put monero in the news and also includes those who help with tracking Bitcoin’s so-called ‘second layer network’, the Lightning network, or other forms of off-blockchain transaction that provide privacy to actors. illicit. The price of XMR started the week with a value of $ 81.8 and closes at a price of $ 85 on September 12. Its average growth in these seven days is 6.8%.

So far, monero, with its approach aimed at privacy, is one of the cryptocurrencies that has managed to evade transaction tracking services, being one of the preferred to make payments on the darknet. At the close of this report, XMR’s capitalization is $ 1,515 million and its trade in the last 24 hours is $ 51 million.

This week Stellar announced the launch of a new space for holding all kinds of virtual events, including networking and hackathons. Shortly after this fact was made known, the price of the cryptocurrency XLM began to rise and on average grew 5.6% over the course of these 7 days.

In their corporate blog Stellar explains that, in their new space called Meridian 2020, they will bring together leading thinkers and developers from around the world.

The idea is to have a virtual meeting place, in the framework of the coronavirus pandemic, as well as to debate with the community about how innovation impacts society as a whole.

Stellar’s team adds that users interested in participating in Meridian events can now register on the platform. At the same time, it promotes a first meeting for November 16. As of press time, XLM’s market capitalization is about $ 1,723 million, and its daily trade is estimated at $ 48.2 million.

Still have time to participate in our last giveaway on twitter. To do this, click on the following link or on the promotion banner.