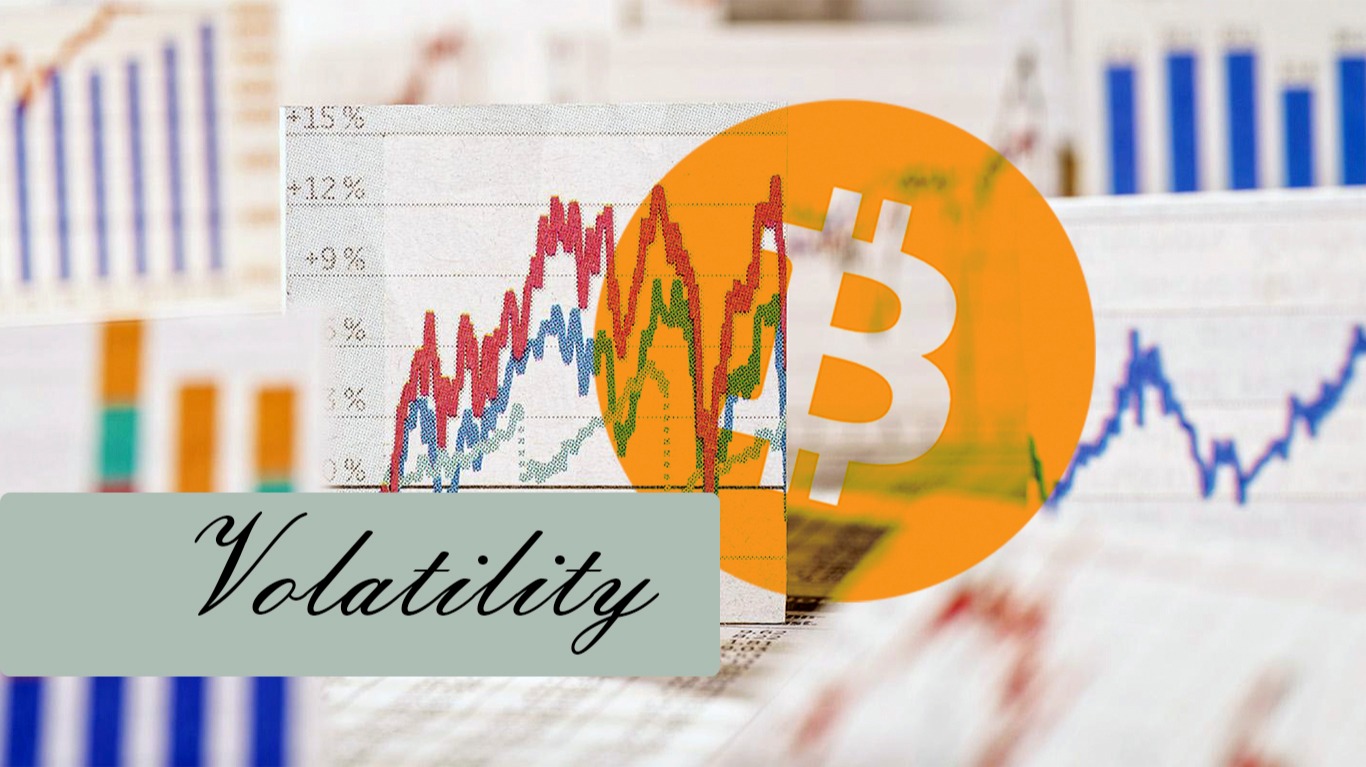 As written by CriptoNoticias, an analysis of the price of bitcoin together with the evolution of its volatility, shows that it has been following a decreasing trend in the last decade. From highs near or above 100% in the bull cycles of 2011 and 2013, bitcoin’s volatility is currently below 10%, according to data from analyst Willy Woo.

This decrease in bitcoin volatility would be improving the perception of bitcoin in the face of institutional investors, according to a communication sent by the US bank JPMorgan to its clients, commented on by CriptoNoticias on April 4.

The volatility of bitcoin has often been used as a factor that goes against the narrative of the first cryptocurrency as a store of value or as a hedge against inflation.

When taking an extended period of time, for example, from 2010 to the present, there are very noticeable increases in the volatility of bitcoin, manifested in peaks that exceed 100%, while the volatility of traditional assets remains in much lower ranges.

However, the evolution of the price of bitcoin in the last 11 years, as can be seen in the following graph, responds to a sustained growth, which confirms its attribute of value reserve. At the same time, there is also a sustained decrease in volatility, especially when the evolution of volatility is appreciated in successive upward cycles.

In June 2011, bitcoin volatility reached its all-time high of 101%, according to the graph. In April 2013 and December 2013, local volatility peaks were also recorded, above 60%. These coincide with respective all-time highs for the bitcoin price. 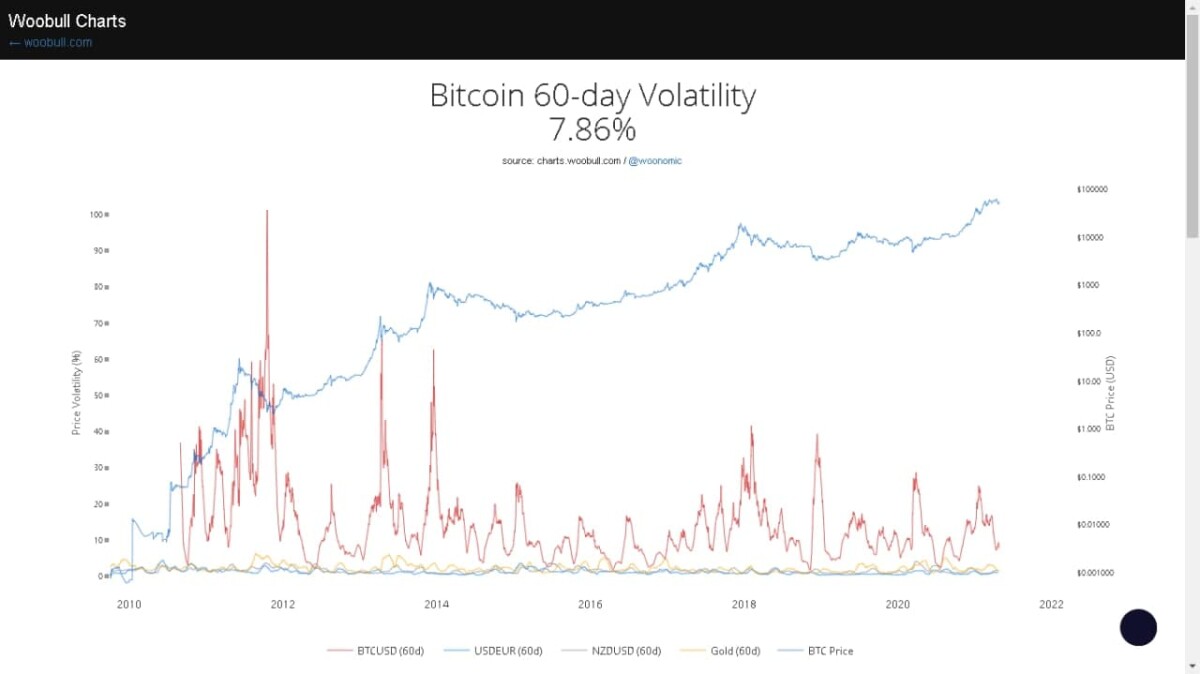 As can be seen, two other local maximums of volatility occur at the peak of the 2017 upward cycle and at the minimum that occurred in December 2018. However, the maximum values are increasingly lower, of 39.8% and 38, 9%, respectively.

The last two local highs of bitcoin volatility occur in March 2020, after the markets fell, when there was 28% volatility, and in January 2021. On this last date, bitcoin volatility registered 25% and it has been decreasing so far this year. At the time of writing this article, the volatility is 7.11%.

Except for the peaks mentioned in 2020, during the past year volatility remained at levels close to or below 10%. These levels of relatively low bitcoin volatility, even if the trend is bullish, are reflected in extended periods of lateralization, which are not attractive to traders. Last year the explosive development of decentralized finance platforms (DeFi) offset that decline in bitcoin price action.

Regarding assets such as gold (gold in the graph) and the dollar in relation to the euro (USDEUR, in light blue). its volatility remains below 10%, as can be seen in the graph.

Join us on Telegram https://t.me/rubikkavcommunity