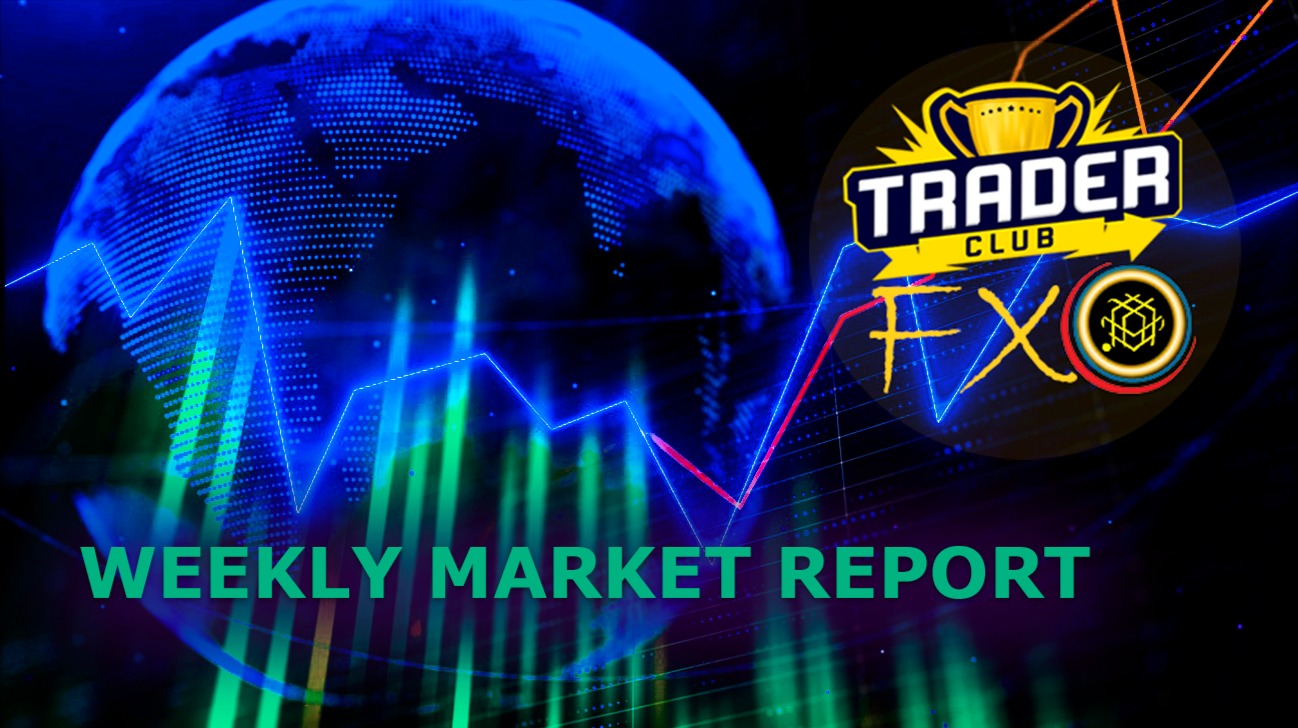 Join in our Official Trade Room In Telegram https://t.me/rubikaventures

Hi Rubikators! As everyone knows we are starting this new stage. Documenting the Forex Market is making our hearts very happy and that is why today we bring you another weekly retrospective. We hope you enjoy it.

AUD/USD gaps higher to kick off the last full week of November, but fresh comments coming out of the Reserve Bank of Australia (RBA) may drag on the exchange rate as the central bank keeps the door open to implement lower interest rates.

AUD/USD carves a fresh series of lower highs and lows despite renewed hopes for a US-China trade deal , and the Australian Dollar may continue to give back the rebound from the monthly low (1.0989) as RBA officials are scheduled to speak over the coming days.

RBA Deputy Governor Guy Debelle and Governor Philip Lowe are likely to endorse a dovish forward guidance as the board remains “prepared to ease monetary policy further if needed.” As a result, talks of ‘unconventional’ policy tools may drag on the Australian Dollar as the central bank appears to be on track to push the official cash rate (OCR) closer to zero.

It remains to be seen if Governor Lowe and Co. will retain the current policy at its last meeting for 2019 as officials gauge “the effects of the earlier monetary easing,” but the central bank may ultimately prepare Australian households and businesses for lower interest rates as the RBA Minutes revealed that “members reviewed the case for a further reduction at the present meeting.”

In turn, a batch of dovish comments may produce headwinds for the Australian Dollar, and developments surrounding “phase one” of the US-China trade negotiations may also influence the exchange rate amid little signs of an imminent deal.

With that said, AUD/USD may face a more bearish fate ahead of the next RBA meeting on December 3, and the monthly opening range keeps the downside targets on the radar as the exchange rate pullbacks ahead of the October-high (0.6930).

Keep in mind, the AUD/USD rebound following the currency market flash-crash has been capped by the 200-Day SMA (0.6929), with the exchange rate marking another failed attempt to break/close above the moving average in July.

A similar scenario appears to be taking shape in November as the correction from the yearly low (0.6671) fails to spur a test of the simple moving average, which largely lines up with the Fibonacci overlap around 0.6950 (61.8% expansion) to 0.6970 (23.6% expansion).

In turn, the monthly opening range raises the scope for a further decline in AUD/USD as the exchange rate pullback changes course ahead of the October-high (0.6930) and snaps the upward trend from the previous month.
Will keep a close eye on the Relative Strength Index (RSI) as it continues to track the upward trend carried over from August, but the oscillator may offer a bearish signal should the indicator snap trendline support.

USD/JPY slipped below its dominant channel only to start rising again
While technically strange, this move is more understandable from a look at the fundamentals. GBP/JPY is range-bound but at quite a high level, as the UK’s election approaches.

Investors were treated last week to the strange spectacle of the Japanese Yen struggling against the US Dollar last week despite USD/JPY having broken below a previously dominant uptrend channel.

The reasons for this distinctive chart pattern can be found not in technical analysis but in the fundamentals where, as ever, the US-China trade story continues to drive. USD/JPY wilted from its peaks of early November as news-flow increasingly suggested that even an interim trade deal looked unlikely.

More recent commentary has been upbeat, with US President Donald Trump suggesting that an agreement was ‘potentially very close.’ However, this story will doubles provide plenty of volatility yet and gains based on it are difficult to rely on. There will also have been some pass-through to USD/JPY from the general Dollar strength underwritten by the latest weakness in European economic data.

Technically speaking the Dollar is clearly still prey to the sort of narrow daily range between the open and the close which speaks to a degree of uncertainty in the market. It might be modestly encouraging for the bulls if they can get gains to stick above near-term resistance at 108.79. That was November 13’s close and it was abandoned then regained in the subsequent two session. If the market can hold on around that level then the bulls may be tempted to push on toward the November high of 109.48 but caution would probably be warranted in that event.

Support comes in at 107.97, the recent notable low made on October 31. The pair seems likely to be confined to a range between those two points unless there is some solid fundamental news on the trade front.

The Japanese currency is even more obviously range-bound against the British Pound. GBP/JPY is however quite steady close to six-month highs as the UK’s general election looms on December 12. So here, once again the fundamentals are driving.

Based on recent polling investors seem reasonably certain that the current Prime Minister Boris Johnson will win. However, much will depend on the size of his majority. Any outcome which allows the Conservative party to govern alone without the need to court others will probably see the Pound rise across the board. A less emphatic win would see it plunge.

The immediate upside target would be the current range top at 141.48. That would probably be left far behind in the event of a win for the Prime Minister. Initial support lies at the range base of 138.63. It t is also very close to the first, 23.6% Fibonacci retracement of the rise from October’s lows. The next retracement support level below comes in at 137.44 but it’s hard to see the range breaking to that extent before the election result is known.

See the next story. With Love 💛, Rubikators Team.

Receive all notifications for upcoming articles & news, trade strategies, market reports and the best signals for Bitmex and Binance in our https://t.me/rubikaventures.

Any question, please write to e-mail rubikaventures@gmail.com or write to our support in Telegram https://t.me/rubikaventuresc. But if you prefer, please contact us by Rubikators Whatsapp 📞+5544991835884.

We have extended our black and week offer until the end of the year so that you are part of one of the best trade teams in the galaxies. Take advantage and register now.

For this valeu you will receive:

📌And we are starting to relate the Forex Market.

At no time does this article recommend the purchase or sale of any asset within the market. Our primary objective is the education and documentation of past, present or future developments.